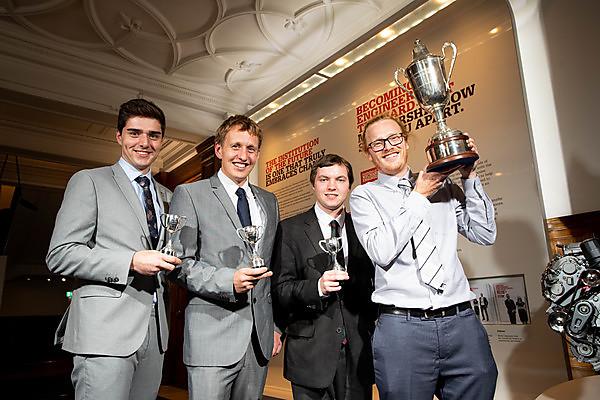 A team of students from the University of Plymouth have won a national competition coordinated by the Institution of Mechanical Engineers (IMechE).

The four undergraduates entered the organisation’s 2019 Design Challenge, which encourages students to design, create, present and run a device to a strict technical specification.

Having won the regional finals to earn the title of Wessex champions, the team then succeeded in the national finals held at the at IMechE’s headquarters in London.

They had to conceive and create a device that would climb two metres up the outside of a piece of 15mm copper pipe, lifting an increasing load.

It had to be electrically powered, measure less than 300mm in height and cost less than £25, with the winning device being the quickest to get up and down the pipe successfully.

With the competition rules barring the use of lithium batteries, the Plymouth team developed a power system which used ultra-capacitors to drive a brushless motor.

This meant they were able to apply significantly more instantaneous power to accelerate their device than their competitors, with their device completing its final run in just 0.7 seconds.

As well as being awarded prizes on the day, the team has been invited to visit the Brackley headquarters of competition sponsor Mercedes AMG. 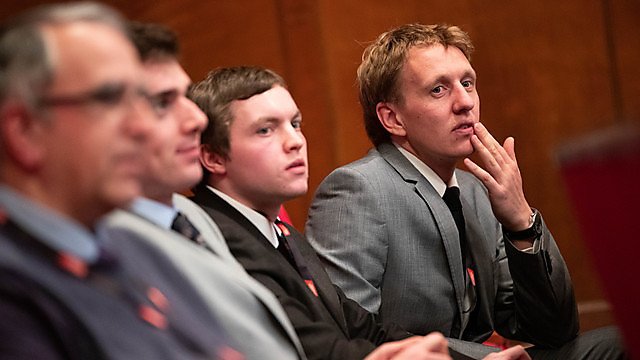 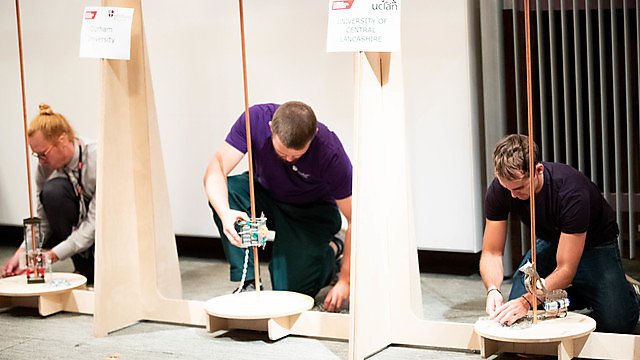 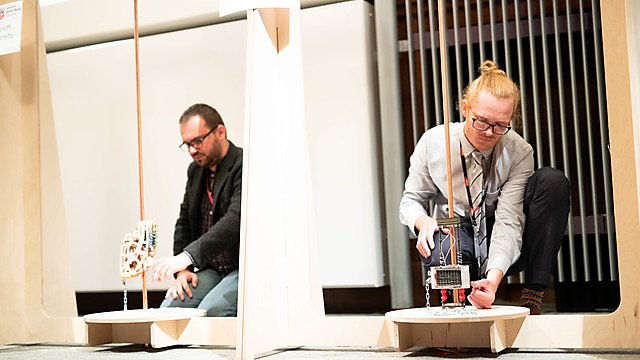 Tristan, who led the student team and acted as its head designer, said:

“We always thought we had a good chance of winning and that, if we did, it would help differentiate us from the hundreds of other engineering students. The fact that Mercedes was sponsoring the competition was also a big pull, as I have always thought of Brackley as engineering holy ground.

“For the finals, however, we were just hoping all our hard work would pay off and it was a big relief that it all worked on the day. It has been brilliant to work as a team in this way and we are now planning to build on the experience by entering more IMechE competitions in the future.”

At the challenge finals, the teams also had to produce a poster to publicise their work, give a short presentation explaining the design and development of the device, and submit a peer review where all students had the chance to vote for the best engineered solution to the problem.

The students were supported in their efforts by Dr Alistair Cree, Associate Head of School – Mechanical Engineering, and Technician Hannah Poulson.

“This is a great result for the students and one for which they deserve all the credit. To win so convincingly against very competitive opposition demonstrates the dedication and initiative they have shown in developing, building and testing their device from start to finish.” 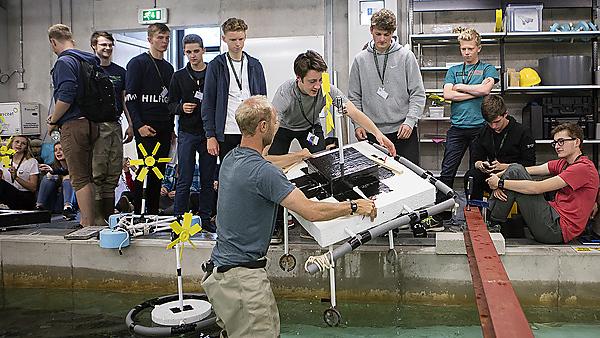 Select an area of interest within the School of Engineering, Computing and Mathematics to see courses and programmes from our online prospectus.

Find out more about our courses