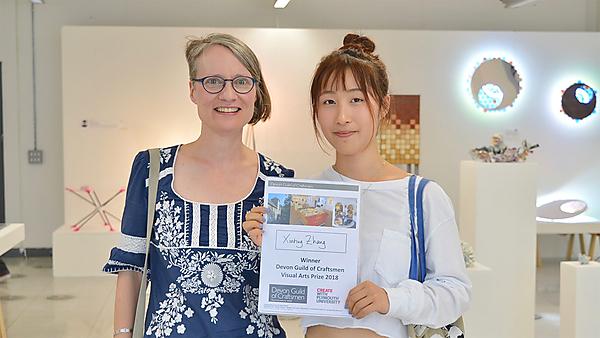 University graduate Sadie Zhang is featuring in an exhibition at the prestigious Devon Guild of Craftsmen.

Sadie, a designer maker who focuses on ceramics and mixing materials, graduated from the University’s BA (Hons) 3D Design course in 2018.

Her work appears in the Graduate Showcase at the Devon Guild, and is on display until Wednesday 15 May 2019.

Sadie, who since graduation has been based in Shanghai, won the Devon Guild of Craftsmen’s visual art prize in June 2018.

Her work takes clothing as a starting point, driven by a love of its rich texture and flexibility. By imprinting the textures and patterns of fabric, and applying similar colours to her ceramics, Sadie’s creations enable people to physically interact with the same texture in a different medium.

Her work, though, links clothing and ceramics through function and emotion as well as through texture: she has created objects such as a teapot that embodies the texture and undulations of a sweater, both of which bring people warmth. Sadie uses her understanding of the tactile, emotional and functional aspects of clothing to inform the form and function of her ceramics.

Roy Tam, a Lecturer in 3D Design at the University of Plymouth, said:

“It is fantastic that Sadie is continuing to benefit from the network of UK contacts she made during her time at the University. Her invitation to be a part of the Devon Guild show reflects her talent, skill and creative vision, all of which grew and blossomed through the course of her degree.

I’m sure she will continue to enjoy success and acclaim both here in the UK and in China, and I look forward to hearing of her future achievements.”

“Sadie’s work stood out as being both expertly made and beautifully conceived. Displayed with the items of clothing from which each piece took its inspiration, these ceramics felt at once intimate and universal in their invitation to be held and used.”

Studying 3D Design at the University of Plymouth 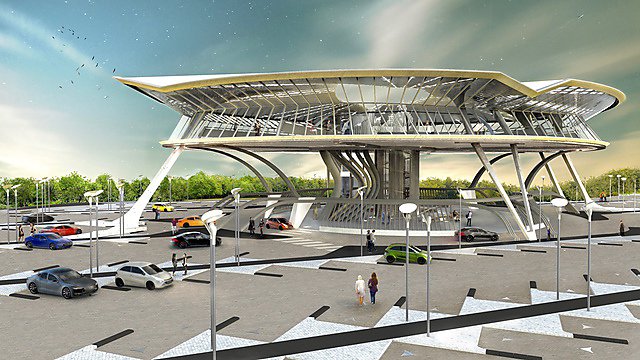 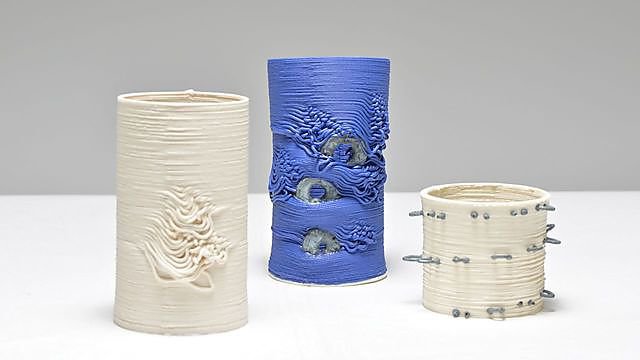 You will benefit from extensive workshops for wood, metal and ceramics, including steam bending, casting, 3D printers, laser cutters, digital ceramics printing, run by knowledgeable and friendly technicians. Our studios are well equipped with CAD stations. You’ll be given inductions and training to help make the most of these opportunities. Facilities and equipment from across the School of Art, Design and Architecture are also available to you

Core to your time there is your own personal desk space, in a vibrant, open-plan studio shared across all years in the award-winning Roland Levinsky Building. Our modules encourage collaboration and teamwork giving you a great opportunity to work with and learn from your peers.

Take a look at the facilities video, produced by the Faculty of Arts and Humanities