Scientists at the University of Plymouth are developing ground-breaking technology which could assist fruit and vegetable growers with the challenges they face in harvesting crops.

Increasing demand for home grown produce, coupled with concern about workforce shortages in the wake of Brexit, are leaving farmers across the UK facing a unique set of pressures.

To try and overcome this, researchers are working with producers in Cornwall to create robots which can work alongside existing workforces and ensure any gaps in productivity are filled.

It has secured funding from Agri-Tech Cornwall, a three-year, £10million initiative part-funded by the European Regional Development Fund, with match-funding from Cornwall Council.

Dr Stoelen has previously developed technology that can harvest soft fruit, and is now refocusing that to assist with the picking of cauliflower, broccoli, kale and cabbage, which are extensively grown in Cornwall. 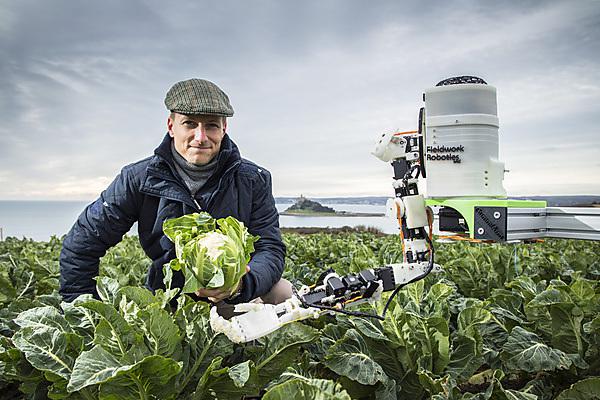 “Manual harvesting represents a large portion of producers’ total costs, often it can be up to 50 per cent, so looking at addressing that – especially against a backdrop of Brexit – is very important. We’d like to prove that robotic technology that can work in rural environments is not only possible, but affordable, viable and can help increase productivity on farms. There will always be jobs for people associated with agriculture – but it might be that in a decade’s time, instead of spending hours in the cab of a tractor, your role is managing and maintaining robots such as these.”

At the heart of his vision is the concept of ‘variable stiffness’ because while most robot arms are rigid, the ability to flex and bend is vital in a more variable environment.

To counter that, Dr Stoelen will build on one of his previous projects – the GummiArm – which has two arms and, in many ways, it moves more like a human than a machine.

Another of the challenges is how to enable the robot to identify the cauliflowers that are ready for harvest and to distinguish the precise part to be taken.

The solution to that is likely to come through cameras and sensors in its 'hands' that can make real-time 3D models of the crop by assessing the information it assimilates, allowing it to recognise what to collect and what to leave.

With such robots recording images and touch-data from all over a field in real time, they also bring the possibility of gathering information that could be a variety of ways, potentially extending their application to beyond harvest.

Dr Stoelen also believes the machines could be repurposed during the growing season, allowing the core technology to be rolled out to other fieldwork operations, and it could also be relevant to other brassicas and crops.

Through this project, and his spinout company Fieldwork Robotics Ltd, he is also exploring potential business models which would bring the technology to market within two to three years and which could involve the machines being owned by contractors, with farmers buying in the service when required.

“Ultimately, machines such as this will make life easier and simpler as a farmer, but it’s also cool technology which might encourage more young people to choose a career in agriculture. There are a lot of small producers here in Cornwall and they shouldn’t be excluded from taking advantage of technology because it has the power to transform their lives, just as it can for larger producers."

“This technology is evolving rapidly, costs are coming down and developments can happen fast which means it’s not too long before technology like this becomes a practically possible and commercially viable reality. On a global scale, it could bring massive efficiencies and improve the industry’s safety record as there would be fewer people working so closely with large, moving machinery. Agriculture has been under-estimated as a potential area for applying advance robotics but it’s been inspiring to see the enthusiasm of local producers – now could be its time.”

Read more about the work of Fieldwork Robotics Ltd 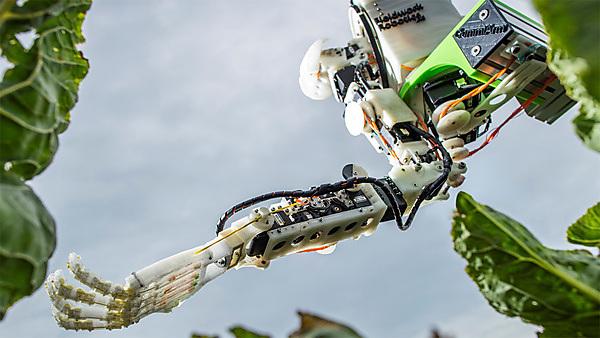