Dartmoor ponies are among the most iconic species of any British moorland. But a dramatic decline in population since the 1950s has led to widespread concern about their long-term survival prospects and an urgent requirement to recognise their value as conservation grazers.

A research project – the initial findings of which are released today (Saturday) – suggests the ponies not only make a positive contribution to conservation management on Dartmoor, but are also a suitable option for conservation grazing throughout the country.

The research project – coordinated by the Dartmoor Pony Heritage Trust (DPHT) with researchers at the University of Plymouth – was designed to gather scientific evidence to assess the benefits of ponies as conservation grazers.

It was launched in 2017 in response to requests from Defra and Natural England to assist with the planning of future stewardship schemes such as ELMS (Environmental Land Management System) and to help evaluate the potential contribution of ponies as part of grazing and land management across England.

Specifically, it hoped to find ways of reducing the dominance of purple moor grass (Molinia caerulea) and encouraging the re-establishment of more traditional dwarf shrubs such as common heather (Calluna vulgaris).

The findings, revealed at the Annual Research Lecture hosted by the Dartmoor Society, showed that salt blocks can be used to attract ponies to targeted areas of Molinia-dominated moorland, where other management strategies are not sustainable. It also found measurable increases in the growth of other plant species.

The results have been welcomed by Natural England, with an ecologist for the organisation saying they “provide good evidence of the positive impact of pony grazing on Molinia”. They added that the study had been shared with Defra and will form part of the body of evidence that will help to shape the future Environmental Land Management System. 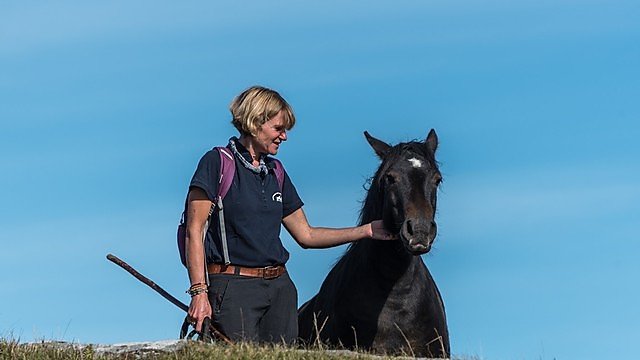 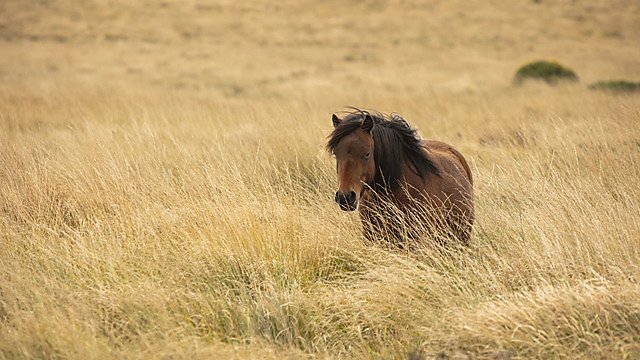 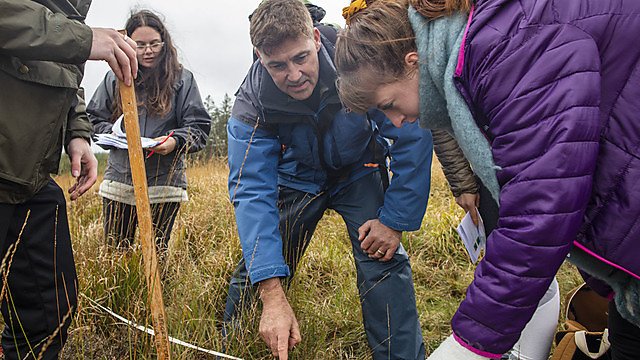 “Molinia is an aggressive and dominant grass which overwhelms less robust species, and managing it sustainably presents a serious challenge. Changes in management and climate have favoured Molinia and it is now a major issue for many upland areas across the UK. It creates a poor habitat and is very prone to wildfire, but at locations where we placed the salt blocks, the increased grazing and trampling activity of the ponies led to a reduction in sward height and Molinia cover. This facilitated increased germination and establishment of Calluna seedlings and plant species diversity.”

“Satellite imagery (Google maps) clearly shows new pony tracks appearing through the Molinia as the ponies have changed their spatial pattern of grazing. Through the project, pony behaviour has undoubtedly changed. The impact they have made – and continue to make – and how these results could be extended to all ponies on heathland and uplands throughout the country, is very exciting. It should be sufficient evidence to ensure that ponies are recognised and appreciated as effective conservation grazers to support biodiversity and tackle some of the factors affecting our landscape such as the dominating Molinia.”

The research project was carried out in the heart of Dartmoor, where the DPHT has its own Higher-Level Stewardship (HLS) Agreement at Bellever & Lakehead Grazing. It was designed and agreed with Natural England, with considerable input from Malcolm Gibb, formerly of the BBSRC Institute of Grassland and Environmental Research.

The site was appraised earlier this month by Natural England as being highly successful, leading to the recommendation of an extension of its HLS Agreement.

“The reports produced so far give conclusive evidence of the impact of increased pony activity in the area of Lakehead. For 2019/2020 we plan to remove the salt blocks and continue to monitor vegetation structure and seedling recruitment to determine if the period of concentrated grazing and disturbance is sufficient to produce a sustained improvement in heathland condition.”