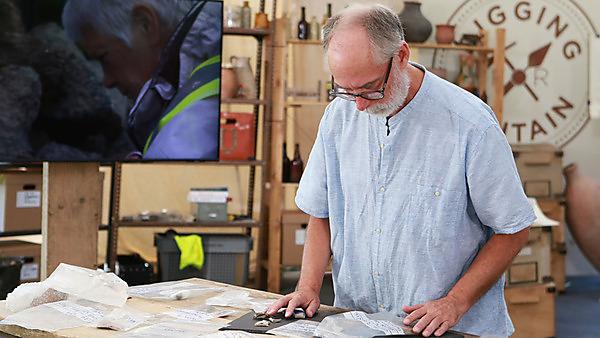 Martin Read during filming for the BBC's Digging for Britain (Credit: Rare TV)

6 January 2023
Researchers from the University of Plymouth have identified more than 400 shells found during an excavation at the site of Plymouth’s first Royal Navy supply yard.
Experts from the University and Plymouth Archaeology Society spent the early months of 2022 poring over rubble from Commercial Wharf, to the south of the Barbican.
This has included a total of 403 shells with almost all being from edible species, providing an insight into what Plymouth’s residents were consuming from the mid-17th century.
Shell fragments found within rubble from the site have been analysed by marine biologists at the University, supported by the University’s Marine Institute.
Their findings show that in the earliest, lowest phase of the site – thought at present to date back to the 1650s – the most abundant fragments were from mussels shells that had likely been broken up to extract the meat.
There were also more than 50 fragments of oyster shells (which would have provided far more meat than the mussels) as well as limpets, periwinkles, whelks, cockles and clams. A fragment of a crustacean claw, perhaps from a crab or lobster, had also been burnt, perhaps to extract the meat.
The shells from higher in the site – thought to coincide with the building of a warehouse in the late 1660s – included no mussels, but quantities of oysters, limpets, periwinkles, clams, cockles and whelks.
University of Plymouth maritime archaeologist Martin Read, who is also chair of the Plymouth Archaeology Society, has been directing the work since it began in January 2022. He said:

“Given the fragments we have found come almost exclusively from edible species, it is unlikely they simply came in to Plymouth in the rubble used to reclaim the area behind the wharf wall. As such, it provides a real insight into the diets of people in Plymouth during the 17th century, and the role shellfish and other marine species played in maintaining a healthy community. We know that limpets, for example, could have been added to pottage (a sort of stew) and would have contributed to essential protein. Alongside the pottery and other artefacts found during the excavation, this has given us a real flavour of the community at the time and those living in it.” 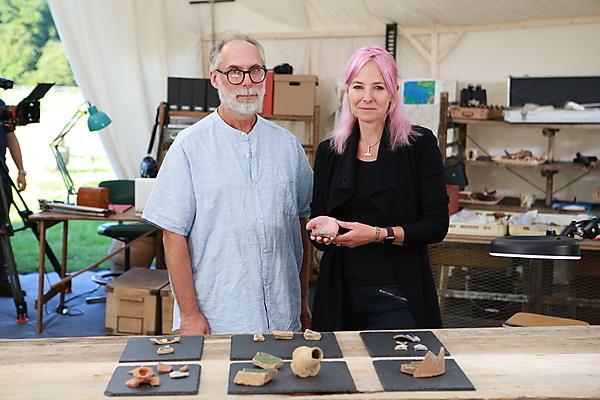 Martin Read with Professor Alice Roberts on the set of Digging for Britain (Credit: Rare TV)

Several bones identified as coming from cod were also recovered and every year fishermen would leave Plymouth to voyage across the Atlantic in the spring and return in the autumn with cargoes of salted cod. These voyages have contributed to the diversity of finds found during the excavation.
Work is also ongoing at the University to try and uncover the origins of stones used to create a cobbled working surface, while environmental archaeologists are planning to analyse samples of the sand and clay dumped behind the key wall to find out where they came from.
Some of the stories from the excavation, and the finds that have been uncovered, are being highlighted in the latest series of the BBC’s Digging for Britain.
The episode featuring Plymouth is now available on the BBC iPlayer, and includes footage captured with volunteers working at the site.
Mr Read also speaks to the series host, Professor Alice Roberts, about the reasons for the work, the history of the site and some of the key finds.
Plymouth has been used as a Royal Navy base for centuries, but initially had no dedicated facilities for supplying the Navy.
This changed during the Commonwealth when the Lambhay was chosen for the earliest victualling yard in the 1650s. Phoenix Wharf was built at this time, towards the southern end of the present Commercial Wharf, while at the northern end of the wharf, the quay had been built by 1665.
After the opening of the Dockyard in 1693, the Lambhay was considered in the wrong place to easily supply the Navy and was eventually moved to the more convenient Royal William Yard in the 1830s.
The old yard was then sold for commercial uses, including the making of biscuits and an embarkation depot, although the buildings were retained. The buildings on the wharf were demolished in the 1930s when the road behind was widened during the building of Madeira Road around the Citadel. 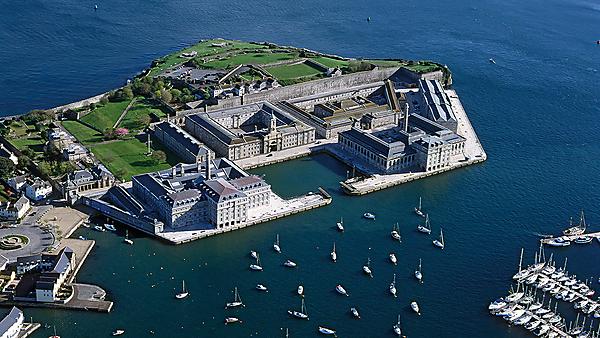 Images from the dig (courtesy of Plymouth Archaeology Society) 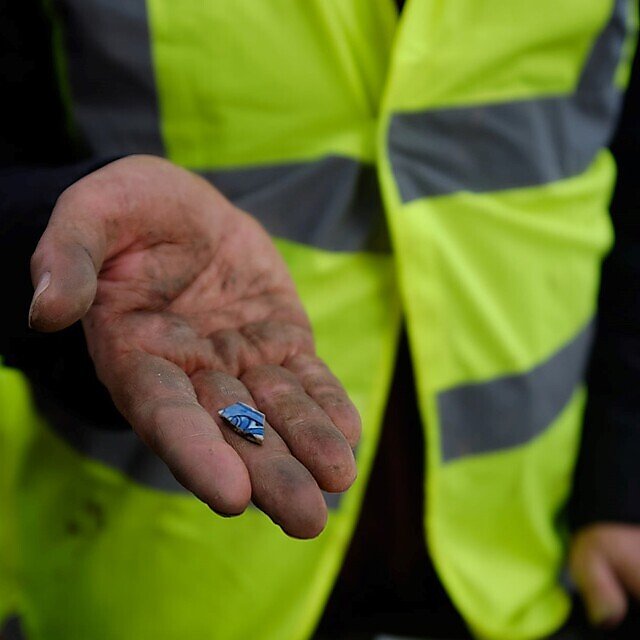 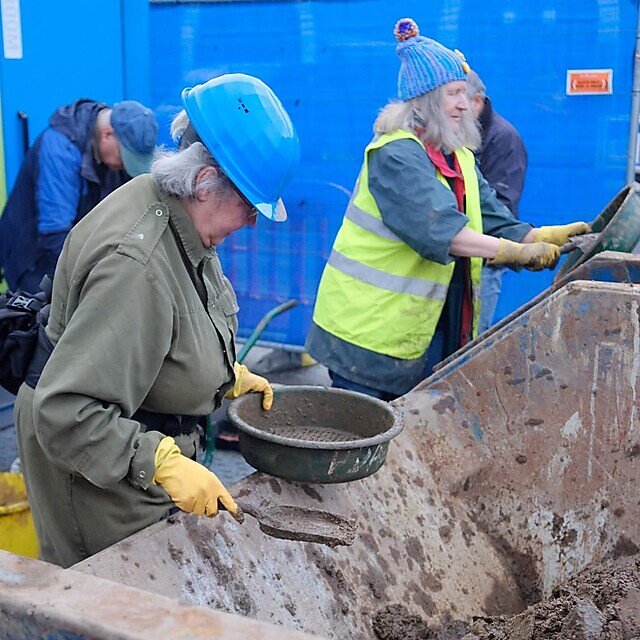 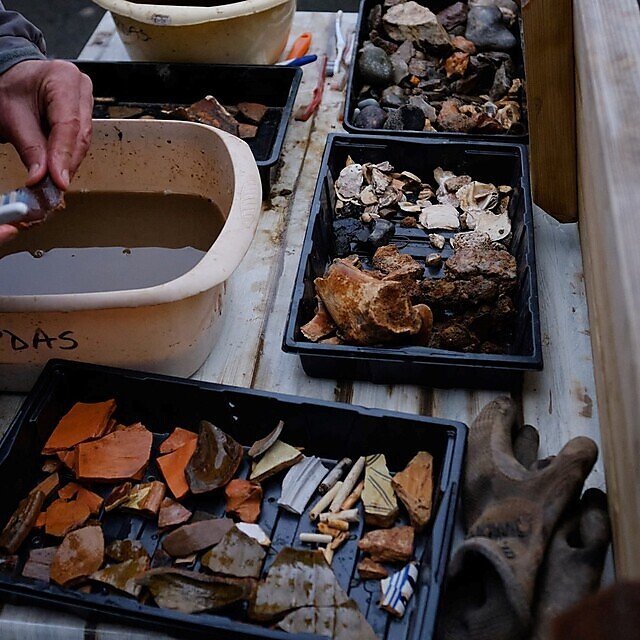 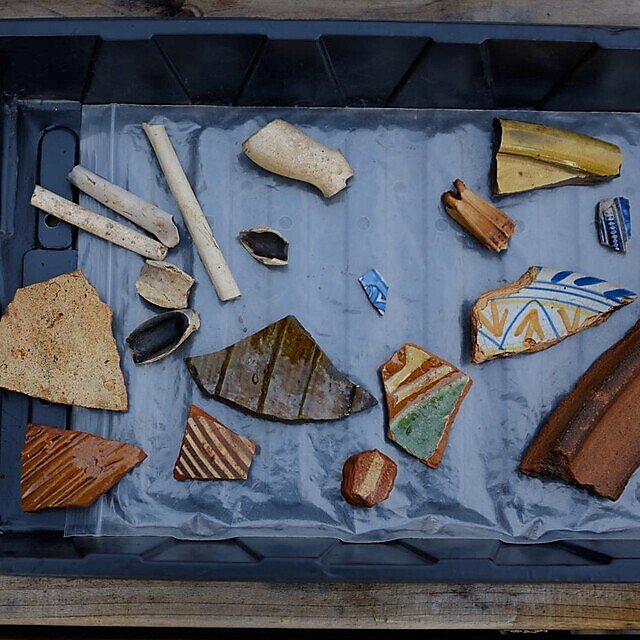 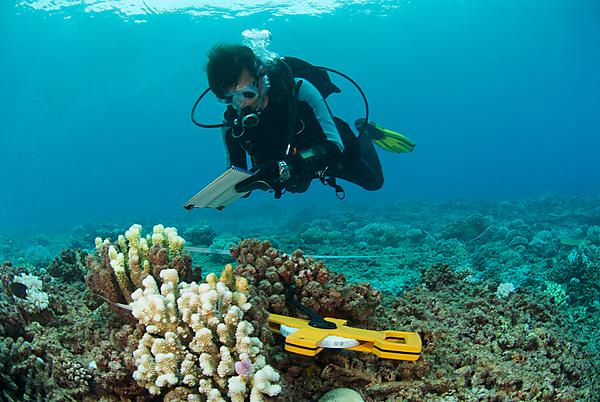 Plymouth Archaeology Society: for marine to moor and urban archaeology

Archaeology draws people from diverse disciplines and of varied interests, which is reflected in our membership. Our core functions are to offer a series of lectures in the winter months and local guided walks in the summer. The winter lectures cover topical, British, marine and international work. Summer walks are similarly varied and exploit the range of sites which are within easy reach. In addition, there may be an organised visit to a site under excavation. There are occasional opportunities, often at short notice, to participate in local digs.

Lectures and walks are held on the first Monday of each month except in January when we hold our AGM and members present their own research. 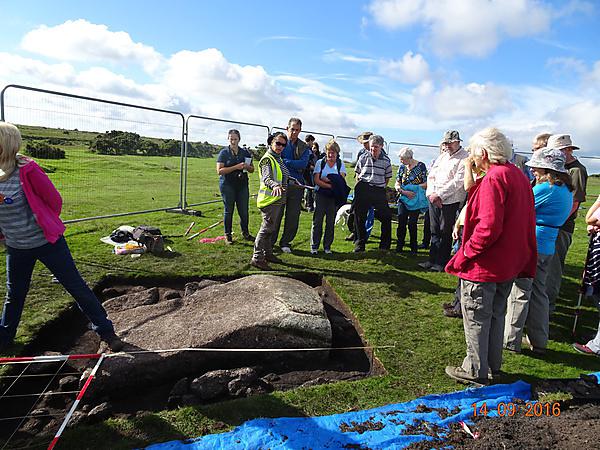