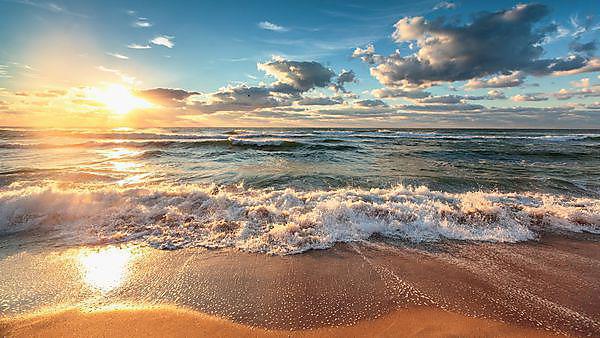 Image of waves crashing on beach with sun shining

Tapping into the public’s passion for the ocean environment could be the key to reducing the threats posed to it by plastic pollution, a new report suggests.

Millions of tons of plastic particles accumulate in our seas each year as a result of human behaviour, and once there they have a potentially detrimental effect on marine life.

But reversing this trend, and finding ways to maintain both the health of our oceans and the human benefits associated with it, is a complicated task.

Writing in Nature Human Behaviour, academics from the University of Plymouth and the University of Surrey identify recent examples where public pressure has led to policy change, including levies on single-use plastic bags and bans on the use of microbeads in cosmetics.

But while these are steps in the right direction, they are not addressing either the root causes or lasting effects of the problem, with the report saying there needs to be a more joined-up and interdisciplinary approach going forward.

“The public’s love of the coast is obvious, so it stands to reason that they would play a role in preserving its future. Plastic pollution is a problem for all in society and while there are solutions out there, they must be socially acceptable as well as economically and technically viable. We need to work together across disciplines and sectors to build on the strength of humans to facilitate change.”

“From previous research we know that people appreciate and value the importance of the ocean and see marine litter as a global problem. Yet, the challenge is connecting the dots. So many of our behaviours and decisions contribute to this problem (and optimistically to the solutions), but at those particular points of time, we often don’t think of how they can impact the environment. Using behavioural sciences to understand drivers of human behaviour will therefore help support ongoing initiatives that can look to clean up our environments."

The authors of the report have previously collaborated on research which demonstrated that marine litter can undermine the benefits of coastal environments.

In this study, they say ocean plastic pollution poses similar challenges to other environmental threats because the symptoms are often considered remote from the largely land-based causes.

This has been linked to a perceived lack of urgency to tackle the problems, but the academics says it should in fact be used as an incentive to encourage people to act.

They suggest the public could potentially become motivated if powerful images were carried on everyday products, similar to that already being used on cigarette packaging.

However, they warn that such ‘fear’ appeals cannot be seen as a complete solution and that any successful campaign would need to make people appreciate the problem and that they can play an important part in the solution.

Professor Richard Thompson, Director of Plymouth’s International Marine Litter Research Unit, was a significant contributor to the UK Government’s inquiries into both microplastics and the use of microbeads in cosmetics. He added:

“There is now considerable awareness of the problem of litter at sea. But this is merely a symptom of a much more systemic problem driven by production, use and disposal of plastics on the land. To make progress here we need behavioural change right along the supply chain and our paper indicates some of the key actions that are needed.”

Marine litter is a global environmental problem with items of debris now contaminating habitats from the poles to the equator, from the sea surface to the deep sea.
The International Marine Litter Research Unit has a mission to further our understanding of the impacts of litter on the environment and society, to identify the solutions and the pathways necessary to achieve them.