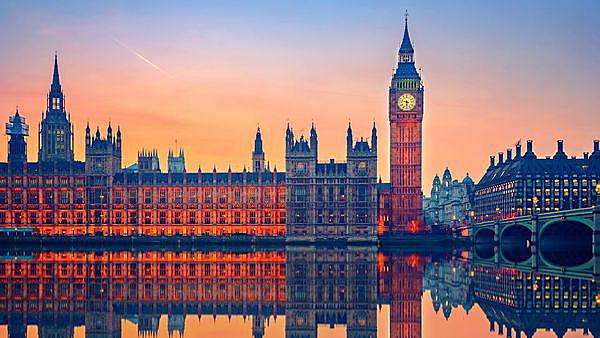 Asked by the BBC in 2009 about a £90,000 expenses claim for the upkeep of his country estate, Anthony Steen MP replied: "What right does the public have to interfere with my private life? None. It was this wretched government which introduced the Freedom of Information Act."

Defining the boundaries of ‘private life’ for public figures is complex and controversial. The High Court ultimately acknowledged the legitimacy of Freedom of Information Act (FOIA) requests about MPs' expenses, and with subsequent leaking of information to the Daily Telegraph, full details were published. For four MPs, the outcomes were prison sentences.

Not all information can be publicly disclosed, but there is a strong case for transparency as the default position.

In 2006, reviewing the first year of the FOIA’s operation, the House of Commons Constitutional Affairs Committee noted concerns about redaction of personal names on disclosed documents. It observed: "The name of the individuals involved will often be essential information to understand a document. To know to whom public servants are speaking is often as important as what is said." An early Information Commissioner decision had given some assurance, but a decade on Julian Farrand QC claimed guidance issued by the Commissioner "is significantly but wrongly weighted in favour of privacy and against freedom of information".

The satirical magazine, Private Eye, recently submitted a FOIA request for details of a dinner attended by a senior civil servant, Permanent Secretary Alex Chisholm, hosted by Lord Mandelson. The response disclosed the invitation, referring to "people from business and elsewhere" meeting for "dinner and to discuss the world and to share views". Names of other attendees were redacted, on the grounds this was ‘personal data’. Private Eye commented that while "the public is allowed to know that Chisholm had no special 'dietary requirements' . . . no one is allowed to know who was bending his ears or picking his brains".

Redactions of personal information can be challenged. For example, in 2017 the Information Tribunal rejected the Information Commissioner’s endorsement of a local council’s refusal to disclose details of an investigation into a councillor’s behaviour, stating: "Expectations as to privacy of holders of public office are radically tempered by the clear obligations of office."

Of almost 50,000 freedom of information requests received by central government and other national bodies in 2018, 2,605 were refused on the grounds that one of the twenty-two statutory exemptions applied. Very nearly half of these (49.2 per cent) were deemed to involve ‘personal information’. Case law has established that public authorities should balance privacy rights with the interests of transparency and accountability, but tension between these make this a strongly contested area. A legitimate protection of personal privacy should not be a route for those in positions of authority to escape scrutiny.

Many years before the FOIA, the investigation into the collapse of the spoil tip at Aberfan in 1966, when 144 people died, mostly school children, gave close attention to the perceived culpability of individuals, mainly at middle-ranking levels in the National Coal Board. Despite counsel for the Tribunal of Inquiry explaining that "personal responsibility is subordinate to confessed failure to have a policy governing tip stability", no action was taken against the NCB or its senior directors. Two decades later, in the USA, investigation of the Challenger spaceship disaster similarly focused on those at middle levels of the organisation.

Should greater transparency about decisions made by those at senior levels occur in real time, or be retrospective? Today, we know that in the 1930’s many positive comments about Hitler were relayed to the British government by its ambassador to Germany, Neville Henderson. This knowledge contributes to understanding Anglo-German relationships in the period leading to the Second World War.

The same does not apply, it seems to me, to the almost contemporaneous leaking of Sir Kim Darroch’s advice to the UK government on Donald Trump. Immediate disclosure threatens the trust on which roles and relationships of this type are based, and unless there is reason to believe duplicity, dishonesty, or incompetence, confidentiality should be respected.

Sometimes, however, the merits of disclosure may outweigh the undermining of public trust. Opinion polls showed a marked fall in trust in politicians after the MPs' expenses scandal, but it was right to disclose this information. In the short term, transparency may reduce public trust in government and other holders of power, but in the longer term, secrecy may contribute to a negative impact on public trust. Survey evidence indicates a high level of distrust in systems of government, not simply in individuals, but it can often be impossible to understand a collective decision without knowledge of individual roles.

There is a risk of concealment through a misuse of privacy protection. In response to one FOIA request submitted in my own research, the Information Commissioner described the view of the relevant government department as being: "Whilst the redacted information relates to the data subjects' public lives, disclosure into the public domain may cause damage to the professional reputation of the data subjects."

Transparency alone will not restore public trust, but specious claims for privacy should not protect those in positions of power from scrutiny and accountability.

Secrecy, Privacy and Accountability - Challenges for Social Research by Mike Sheaff is out now as eBook and hardback, published by Palgrave Pivot.

“I really enjoyed having a small group, it meant that you could chat to the lecturers. It wasn’t like they were speaking at you it was more of a discussion.”

Find out more about our graduates experience at Plymouth