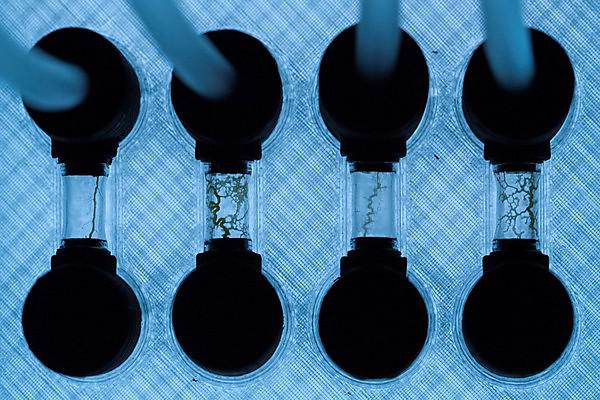 Students and academics from Plymouth University will get the opportunity to work alongside some of Russia’s leading musical innovators thanks to a new partnership.

The University's Faculty of Arts and Humanities has signed a memorandum of understanding with the Tchaikovsky Moscow State Conservatory, which will see the two organisations collaborating on a range of research projects.

It will also open the door for potential exchanges of music students, as well as joint concerts, festivals and scientific symposia, with the first of those set to take place in Austria next week.

The new partnership will initially see members of Plymouth’s Interdisciplinary Centre for Computer Music Research (ICCMR) working alongside Moscow’s Scholarly Centre of Interdisciplinary Studies of the Art of Music.

They have already begun working on joint research into music and biology, with academics at Plymouth looking to develop ways to encode musical information on biological media, while partners in Moscow are studying how our genetic structure resonates to music. The collaborative research has the potential to make important contributions to biocomputing and medicine.

The ICCMR is based in The House at Plymouth University, and includes academics and PhD students working to identify a range of innovative techniques which analyse the brain’s response to music and movement.

“It is a privilege to have the opportunity to collaborate with Tchaikovsky Moscow State Conservatory and I am really looking forward to making progress with our research and musical exchanges. We hope to promote both scientific and cultural common ground, and that our creative collaborative ventures and exchanges will serve our students, academic staff and, ultimately, our nations.”

The Tchaikovsky Moscow State Conservatory is the second oldest conservatory in Russia, having been founded in 1866. At its opening, the renowned composer was appointed professor of theory and harmony (with the conservatory bearing his name since 1940), and its notable alumni include Boris Berezovsky, Aram Khachaturian and Sergei Rachmaninoff.

Professor Sergey Petoukhov, from the Scholarly Centre of Interdisciplinary Studies of the Art of Music in at the Tchaikovsky Moscow State Conservatory, added:

“Our team is very excited about our cooperation with Plymouth University and ICCMR in the field of musical science and musical creativity.”

The inaugural meeting of the new partnership will take place during the Symmetry Festival 2016, taking place in Vienna, Austria.

It will include a joint performance at the Concert Hall of the Hungarian Cultural Institute where academics from Plymouth will perform Biocomputer Music, which was premiered during this year’s Peninsula Arts Contemporary Music Festival. There will also be performances by academics from Moscow.

What is it like to listen to a biocomputer? Watch the première of the composition 'Biocomputer Rhythms' and listen to this unprecedented and interactive musical machine.