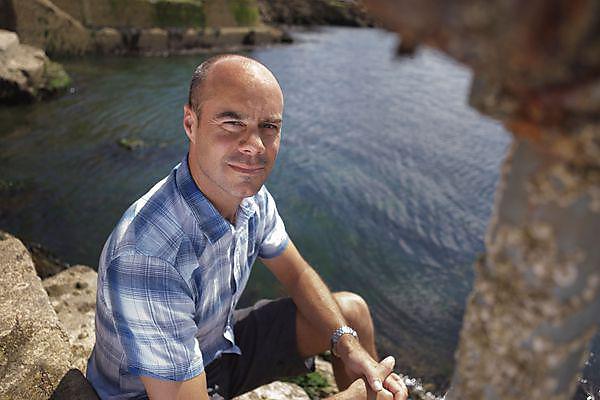 Researchers from Plymouth University’s Marine Institute are set to embark upon a once-in-a-lifetime opportunity to study an uncharted marine ecosystem in a remote area of the Indian Ocean.

Dr Phil Hosegood and Dr Kate Adams, from the School of Biological and Marine Sciences, will travel to the Chagos Archipelago this month to look at some of the scientific reasons why it is home to such a diverse population of aquatic life.

They will be among a team of just 12 international scientists who’ll fly to the region for a three-week research trip in association with the Bertarelli Foundation and Foreign and Commonwealth Office.

“It is literally uncharted territory,” said Dr Hosegood, a Lecturer in Physical Oceanography. “We know so very little about the oceanography of the region, so this is a really exciting opportunity to improve our understanding of how physical processes like ocean currents are important to sustaining one of the most diverse and abundant ecosystems on the planet.”

Located some 500 kilometres south of the Maldives, the Chagos Archipelago consists of around 60 tropical islands and is home to the world’s largest Marine Protected Area, equivalent to the size of France, within which no fishing is allowed. This, and the proximity to the United States’ Diego Garcia military base, means the area contains some of the most pristine coral reefs found anywhere on the planet.

“The Chagos Archipelago is like an oasis in the middle of the Indian Ocean – only instead of water, it is the nutrients in the water that attract and sustain life,” added Dr Adams. “We’ll be looking at the physical mechanics that promote that biodiversity.”

Working on the edge of a seamount, in water 100 metres deep, the pair will use a range of sensors and acoustic devices to measure levels of temperature, salinity, turbulence, and currents. In particular they’ll be looking for evidence of periodic up-wellings of cold, nutrient-rich water from the deep ocean up onto the seamount plateau where the sunlight near the surface in shallower water allows photosynthesis to occur. When this happens, the nutrients can trigger plankton blooms that serve as food for the amazing variety of fish, which in turn act as prey for the huge shark population resident in the archipelago. They will also use high definition underwater cameras to look for any signs of ocean acidification in the coral.

“It will be the first time that such a continuous time-series of measurements will have been taken,” added Phil. “At a time when there is a renewed scientific focus upon the Indian Ocean, this research trip could become the basis of ongoing study for not just Plymouth University but the international oceanographic community.”

About the Bertarelli Foundation