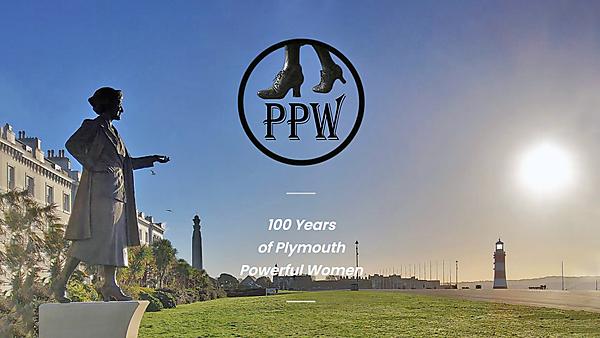 A website and heritage trail celebrating the achievements of iconic women in Plymouth over the past century have been launched on International Women’s Day.

From community activist Hester Robins OBE to scientist Emma Scott, and from Age Concern champion Edith Sitters to international swimmer Sharron Davies, the Plymouth Powerful Women project has identified and showcased 92 women who have helped to shape the city since 1919.

The project, led by the Hoe Neighbourhood Forum, in conjunction with the University and Destination Plymouth, has been running for the past 18 months with support from the Heritage Lottery Fund. Today (Monday), it has been launched to the public in the form of a website containing curated biographies of all of the women, and a walking trail focusing on 13 of them, available through a smartphone app.

“Through the project, we have identified so many powerful women whose efforts to improve the health and happiness of their fellow Plymothians deserves to be recognised.”

said Judith Rowbotham, Visiting Professor of Law at the University, and author of the biographies.

“Our hope is that the Plymouth Powerful Women project leaves a community legacy and establishes a foundation for further research, so that new generations can build upon the original resource, and use it to create additional heritage trails and new initiatives.”

The women selected all post-date Lady Nancy Astor, who became the first woman to be elected as a Member of Parliament in 1919. They include Clara Daymond and Louie Simpson, the first women to be elected as Councillors (and members of what. Professor Rowbotham described as “Nancy’s network”); Jessie Boultwood, the founder and captain of Plymouth Ladies’ Football Club in the 1920s; Euphemia Welby, the WRNS commandant in World War II; and Ethel Pryor, of Pryor’s Commercial Academy. They are joined by contemporary figures such as permaculture designer Tess Wilmot, and Hannah Sloggett, Co-founder of Nudge Community Builders.

“The old saying is that behind every successful man is a good woman.”

“What this project has revealed is that behind every good woman is a whole support network of other good women.”

The heritage trail around the Hoe has been authored by Kim Stevenson, Emeritus Professor of Law at the University, with the smart phone app developed by Hannah Pooley, Trails Officer for Destination Plymouth. Starting at Lady Astor’s statue, the one-hour guided walk weaves around the Hoe and the surrounding neighbourhood, alighting on buildings and landmarks connected to 13 of Plymouth’s Powerful Women, including Edith Sitters, who established the city’s Age Concern.

“This project perfectly embodies the theme of this year’s International Women’s Day – Choose to Challenge. Our Plymouth Powerful Women all challenged low expectations and high-powered objections to leave a legacy upon the city.”