Foraging seabirds use oceanic fronts as an efficient means to forage for food, according to an international study that could help safeguard the future of protected species.

A team of scientists led by Plymouth University and the University of Exeter examined the feeding behaviours of breeding northern gannets (Morus bassanus) in the Celtic Sea.

They showed that in the majority of cases, the birds performed shallow and short dives with less swimming when at ocean fronts, signifying the possible presence of abundant food closer to the water’s surface.

Writing in Royal Society Open Science, researchers say the findings have important implications for conservation because these habitats could be earmarked for designation as marine conservation zones.

Ocean fronts occur where bodies of water meet and are typically marked by strong gradients in temperature and salinity, alongside converging surface current flows.

Previous studies have shown they are important for marine ecosystem functioning, with accelerated photosynthesis creating more plankton and thus attracting more fish, which may be concentrated at the water’s surface.

Gannets feed by flying high and then circling before plunging into the sea to catch fish. The RSPB estimates there are 220,000 gannet nests in the UK, and because they only breed at a few selected sites, they are on the organisation’s Amber List for conservation.

The results showed that in the majority of cases around fronts (~94 per cent of dives), birds deployed a short V-shaped dive, indicating food was easier to catch close to the surface. In some instances, where food is less easily available, gannets may use a U-shaped dive, spending more time underwater so as to reach food at deeper depths, but this rarely occurred in frontal dives (~6 per cent of the time).

The study was led by Sam Cox, a PhD student working with the Marine Biology and Ecology Research Centre and the Marine Physics Research Group at Plymouth University. She said:

“Our study highlights the key role these features play in shaping both the distributions and foraging behaviours of gannets, while the use of short V-shaped dive strategies around fronts reflects improved prey accessibility and catchability. It also demonstrates the complexities of interactions between marine vertebrates and their environment, and that collaborative studies of this nature can provide valuable insights into the mechanisms that drive the at-sea distributions of marine predators.”

Dr Stephen Votier, of the University of Exeter’s Environment and Sustainability Institute, based in Cornwall, supervised the research and added:

“This important finding gives us a real insight into habits that could help us protect these birds, as well as other wide-ranging marine species. Such research is also about fruitful collaborations between different disciplines – here the study of animal behaviour and oceanography. Together this could help us target conservation much more effectively towards critical habitats for seabirds, whose populations are under severe pressure.”

Gareth Cunningham, Marine Policy Officer at the RSPB, which was also involved in the study, said:

“Currently areas used by seabirds for activities such as foraging are poorly represented in the UK network of protected areas. Gannets are one of our longest ranging seabirds, and the UK is one of the most important places globally for this species. This research helps identify key areas where greater at sea protection would benefit the long term survival of gannets and other marine species.”

“We can detect persistent ocean fronts using satellites circling the Earth; many seabirds and other marine animals such as whales use these fronts as feeding grounds. Even in remote parts of the ocean we can highlight areas that may be immensely important to migrating species. Knowing where the fronts are helps to direct conservation efforts and research to areas that may have been previously little studied or overlooked.”

Our marine physics group study fundamental physical processes occurring within marine systems, from microscopic to oceanic scale. The group has particular specialisms in: 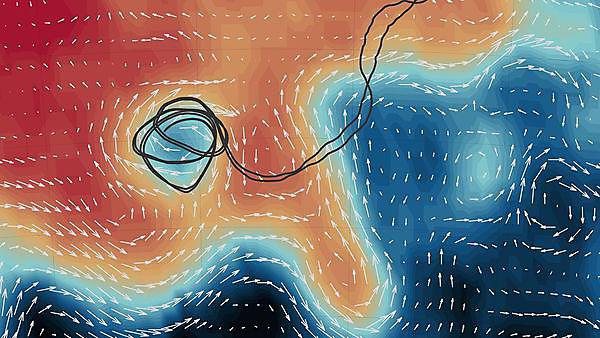