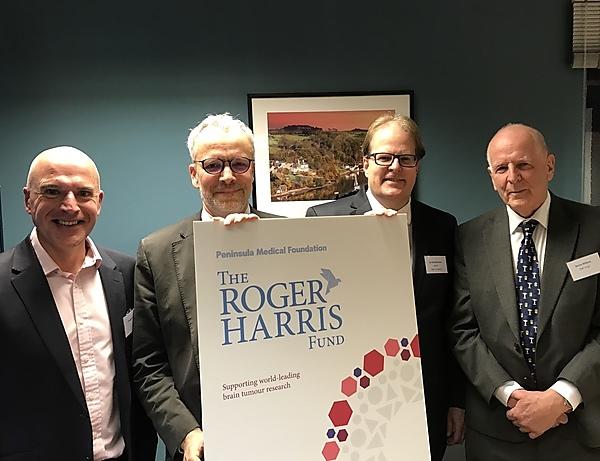 A new fund has been launched in memory of local businessman Roger Harris CBE to help raise more than £250,000 for research into brain tumours.

Roger, who was an accountant for KPMG and former president of Plymouth Albion RFC, died in 2017, leaving behind a legacy impacting business forums across Devon and Cornwall.

Now the Roger Harris Fund will support the leading work at the University of Plymouth’s Brain Tumour Research Centre of Excellence to help research further into the condition.

The University centre is one of only four Centres of Excellence in the UK and specialises in low-grade brain tumours. These brain tumours grow slowly and the research team is getting closer to understanding why some of them become cancerous.

The fund, which is supported by Peninsula Medical Foundation, was announced on Wednesday 20 March during Brain Tumour Awareness month, at an event welcoming business leaders from across the South West.

“When Roger was diagnosed with a brain tumour, he characteristically wanted ‘no fuss’. But together we must work to find a cure and treatments for this dreadful disease. Today another 44 people will learn that they have a brain tumour. My hope is that this research will make a difference to their lives.”

“It was a tremendous blow to us all when we lost Roger to a brain tumour. When I learned about the world-leading research into brain tumours happening right here in Plymouth, it seemed fitting to try and do something in his memory. I hope many people will join us in this fight against cancer, by helping to fund such valuable research.”

Professor Oliver Hanemann, Head of the University of Plymouth Brain Tumour Research Centre of Excellence, and Director of the University’s Institute of Translational and Stratified Medicine (ITSMed), said:

“For too long brain tumour research has been underfunded nationally. Yet brain tumours kill more children and adults under 40 than any other cancer. No one knows why slow growing tumours become malignant, but it’s a question we’re getting closer to answering. We’re very grateful to the family and friends of Roger Harris for their inspiring goal to fund 100 days of research into treatments and, ultimately, the cure for brain tumours.” 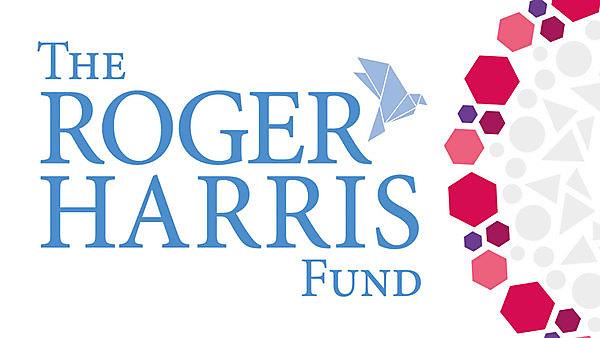 Roger Harris, CBE, was a well-respected and much-loved businessman in Plymouth. Sadly, he was diagnosed with a brain tumour in 2017 and lost his battle with cancer in October of that year.

In his memory, The Roger Harris Fund has been established by the Peninsula Medical Foundation and the University of Plymouth to raise £274,000, the amount needed to fund 100 days of cancer research in Plymouth. This will help Professor Oliver Hanemann and his team to carryout world-leading research to develop treatments and, ultimately, a cure for brain tumours. 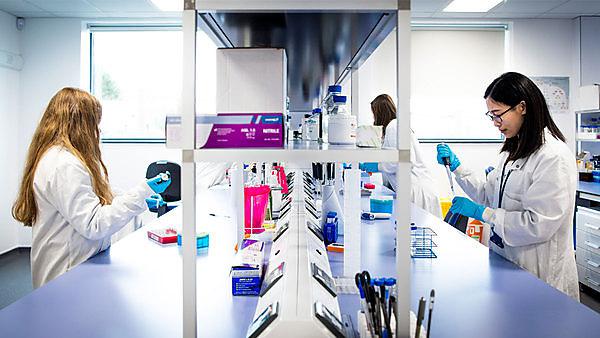 The University is recognised as a Brain Tumour Research Centre of Excellence. It is one of only four in the UK with a unique focus on low-grade brain tumours.

Professor Oliver Hanemann and his dedicated team of researchers at the Institute of Translational and Stratified Medicine HQ are carrying out world-leading research to discover treatments and ultimately, a cure for brain tumours.

Join us this March in the fight to raise awareness and vital funds to help save lives.