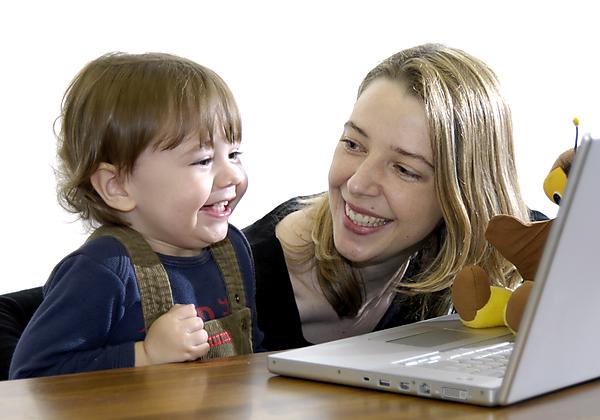 The specific developmental challenges facing bilingual children as they bid to become proficient in two languages is to be explored in a pioneering nationwide study.

Led by the University of Plymouth’s BabyLab, in collaboration with five other UK universities, the research will examine the language skills of hundreds of toddlers growing up in bilingual families.

It will then look to inform a series of protocols to assist the authorities in identifying developmental difficulties, and the ways they can potentially be overcome.

Dr Caroline Floccia, Associate Professor in Developmental Psychology and head of the Plymouth BabyLab, said the research could inspire improved social integration among communities across the country.

“The UK has a growing number of bilingual families, and the range of languages spoken is also getting larger. It is already well established that bilingual children face a number of unique challenges in terms of vocabulary development, with health and education professionals then having to identify which of them are most at risk of showing a serious language delay that would require intervention. This is the first study of its kind to begin exploring how the UK might go about addressing that now and in the future.”

The project is being piloted by the Plymouth BabyLab – in collaboration with the universities of Bangor, Birmingham, Kent, Liverpool and Oxford – and is seeking to recruit at least 250 toddlers from bilingual families.

Funded by the Economic and Social Research Council (ESRC), it will target children aged two and under, the age by which monolingual children have acquired a large vocabulary and are beginning to put words into sentences.

The parents will be presented with a range of short questionnaires which will aim to establish their proficiency in both languages and document the way they experience their two languages in everyday life.

“A lack of language skills can lead to a range of difficulties, and identifying those with communication issues could improve social integration at all levels. The earlier you can identify a child’s developmental problems, the earlier you can put in place a dedicated and tailored system of support. Our aim in this study is to gather enough data so that ultimately we could design an assessment tool that can be used for any bilingual toddler.”

The Plymouth BabyLab was established in 2006 and more than 3,500 babies have contributed to its programme of research.

Previous projects have investigated whether bilingual and monolingual children acquire language differently, while a study published in October 2012 showed that infants were more likely to recognise words spoken in the dialect of their local communities than those used by their parents.