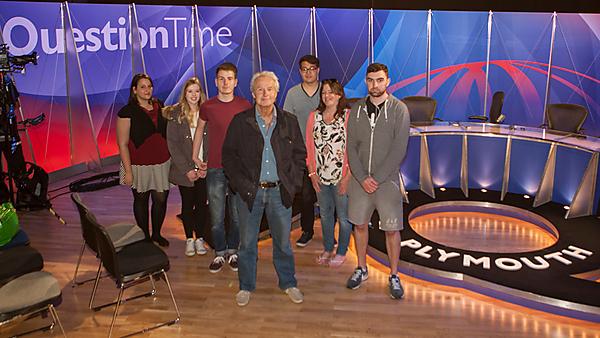 Students looking to pursue a career in media and film production have been given a unique opportunity to look behind the scenes of the BBC’s political debate programme, Question Time.

The long-running programme was broadcast from The House at Plymouth University on Thursday 04 June, with an audience of around 150 people posing questions to a panel of guests from the worlds of politics and media.

But ahead of the broadcast, BA (Hons) Media Arts students spent two hours observing the show’s setting up process and engaging with members of the production team.

They were given tours of the set and camera trucks, were able to talk about equipment being used and even got advice from the crew on ways to get into the profession.

“I have worked as a theatre stage manager before, but you have to grab every experience and to see behind the scenes of something like this has been incredible. On the course, we have learnt about production and the equipment, but what they use on Question Time is at a whole different level.”

Jack Wenman, who is also completing his third year and about to graduate, added:

“To be able to meet the director and unit manager of such a well-known show as Question Time has been amazing, and everyone has offered us some great advice about our future careers. I have made films during my time here, but the opportunity to see such high-tech equipment, to tour the camera trucks and meet the crews has given me some great ideas for my future.”

A number of graduates from the BA (Hons) Media Arts and BA (Hons) TV Arts courses have gone on to enjoy successful careers in film and television production in recent years.

They have included Angus Ellis, who went on to enjoy a two-year stint with Disney/Pixar on John Carter and then Pirates Of The Caribbean: On Stranger Tides, while Danny Cooke has won awards for documentaries such as Ray: A Life Underwater, and BAFTA nominee Chris McLaughlin has worked as a producer on shows including Extreme Bodies and The Undateables.

“These kinds of experiences are invaluable for students, as these are the sort of environments they will graduate to. As part of their courses, many students do live streaming exercises and tour production studios, but to have such access to something as well-known as Question Time is an amazing experience.”

I really loved my time on Media Arts and it genuinely helped prepare me for a lot of things when it came to work.

BA (Hons) Media Arts graduate Chris McLaughlin, producer of the Undateables, at the 2014 BAFTA ceremony after the show was nominated for an award.
Discover more about our graduates 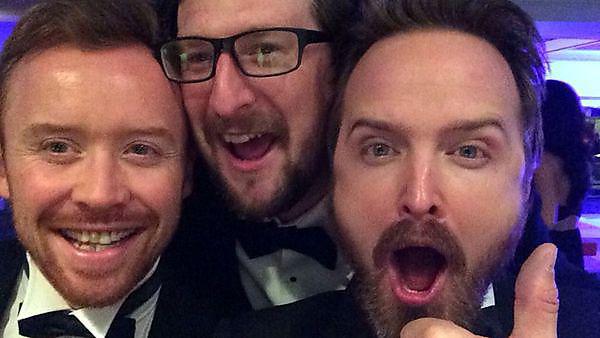 BA (Hons) Media Arts graduate Chris McLaughlin, producer of the Undateables, at the 2014 BAFTA ceremony after the show was nominated for an award.

Find out more about The House