Media Arts Associate Lecturer Amanda Bluglass and the Rev Bertram Johnson, the first openly gay African-American to be ordained in the Presbyterian Church and one of the stars of Out of Order

A groundbreaking documentary revealing the complex and painful struggles faced by LGBTQ faith leaders has earned its director a major accolade.

Amanda Bluglass, Associate Lecturer in Media Arts at the University of Plymouth, was honoured at the 2016 Parity Awards in New York City for her commitment to social justice in elevating LGBTQ people of faith through documentary film.

Her film Out of Order, which is due for release in early 2017, follows the lives of four aspiring ministers in their journey towards ordination.

It shows how they are forced to confront entrenched bigotry and growing suspicion, while at the same time working to build loving support within their churches and communities.

Filmed over four years across eight states, the documentary was funded through a crowdfunding and a range of partners including the University’s media arts department.

"Since starting filming in 2012, our team has lived through seismic shifts in America around sexual and gender identity, same-sex marriage and faith. While progress was made, the world has also seen a sharp rise in anti-LGBTQ hate crimes in the name of religion, and the recent political climate shows worrying signs of rolling back progressive equality legislation. In this context, Out of Order feels like an urgent statement: telling the stories of compassionate LGBTQ people of faith who refuse to be shamed. It is a great honour to be recognised for the wider contribution this film makes to social justice, and to be able to bring the stories of those in the film to light."

Amanda is a former BBC journalist and producer, who has been working since 2006 as a freelance filmmaker producing documentaries, commercials, digital media and 360˚ films.

Her previous works include Ray: A Life Underwater, which tells the story of deep-sea diver Ray Ives through his collection of marine artefacts, and Viva. Punk, Rebel. 82, a portrait of octogenarian queen of Cornish punk Viva Hamnell. For both films, Amanda worked alongside BA (Hons) Media Arts graduate Danny Cooke, who helped with the editing.

This is her latest accolade, having previously won awards at the San Francisco International Festival of Short Film, London Short Film Festival, the VIMEO Film Festival and many other high profile events.

Parity is a faith-based advocacy organisation which works to create a world where gender and sexual identities are not barriers to lives of observance, faith and religious affiliation. They held their annual awards on Thursday 17 November at Congregation Beit Simchat Torah in New York City.

"Amanda's tremendous film, Out of Order, captures what Parity stands for: LGBTQ people reconciling their sexual and gender identities with their faith. The film shows the struggle of emerging pastors as they face discrimination and uncertainty within their faith communities. It also shows the fellowship that is built into the affirming space of Parity’s pastoral retreat, allowing these young leaders to develop their gifts, and to serve their congregations and the larger society.”

The course supports all factors of media, while allowing you to focus on your particular area of interest. 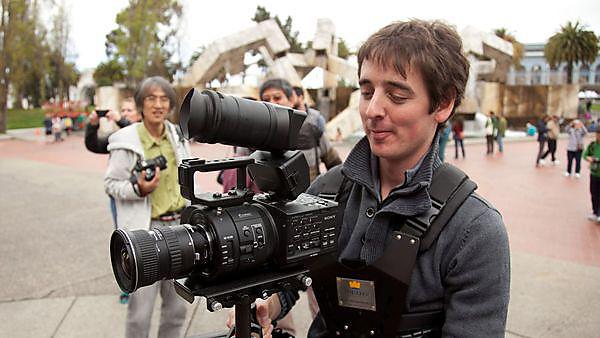