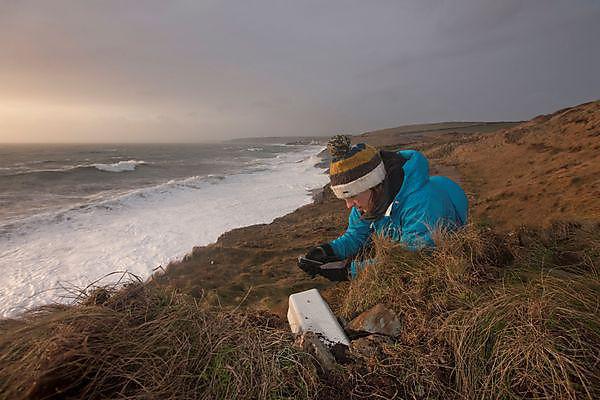 The violent winter storms that rocked the country in 2014 had the power to physically shake cliffs to a degree in excess of anything recorded previously, say marine scientists.

A team at Plymouth University used seismometers, laser scanners and video cameras to evaluate the impact of the massive waves – up to eight metres high – that struck the cliffs in Porthleven, West Cornwall, during January and February.

In a paper accepted for publication in Geophysical Research Letters, the team from the Coastal Processes Research Group found that the level of shaking was of an order of magnitude greater than ever previously recorded.

They also recorded 1,350 cubic metres of cliff face being eroded along a 300-metre stretch of coastline in just two weeks – a cliff retreat rate more than 100 times greater than the long-term average.

PhD student Claire Earlie, in the School of Biological and Marine Sciences, said:

“Coastal cliff erosion from storm waves is observed worldwide but the processes are notoriously difficult to measure during extreme storm wave conditions when most erosion normally occurs, limiting our understanding of cliff processes. Over January-February 2014, during the most energetic Atlantic storm period since at least 1950, with deep water significant wave heights of 6–8 metres, cliff-top ground motions showed vertical ground displacements in excess of 50–100μm (microns), an order of magnitude larger than observations made previously anywhere in the world.”

Video of waves overtopping the cliffs at Porthleven in West Cornwall

Using seismometers on loan from Scripps Institution of Oceanography, University of California, Claire and the team embedded the instruments seven metres from the cliff edge. Within two weeks, they were just five metres from the edge, such had been the rate of erosion.

Professor Paul Russell, who helped to supervise the project, said:

“The results imply that erosion of coastal cliffs exposed to extreme storm waves is highly episodic and that long-term rates of cliff erosion will depend on the frequency and severity of extreme storm wave impacts. These figures will help to explain some of the invisible forces being brought to bear on our coastal structures, and highlight the risk of sudden cliff damage.”

Our coastline acts as a natural barrier to the sea, but what we’ve seen right across South West England is unprecedented damage and change – from huge amounts of sand being stripped from beaches to rapid erosion of cliffs. 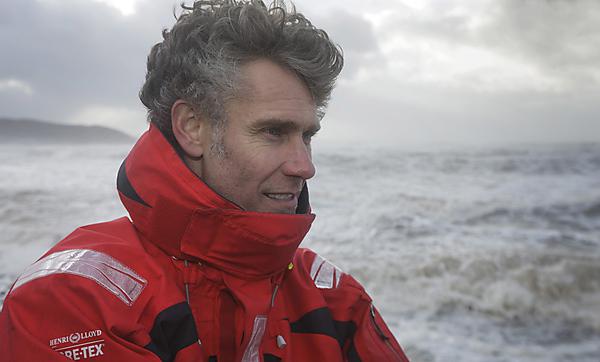 Oceanography and coastal processes - what's it all about?

Study the physical processes occurring throughout the world’s oceans and the impact they have on ocean circulation, biological productivity and the coastal processes that shape erosion around our shorelines.

Oceanography underpins our understanding of how the physical and biogeochemical marine system functions.
Find out more about oceanography and coastal processes 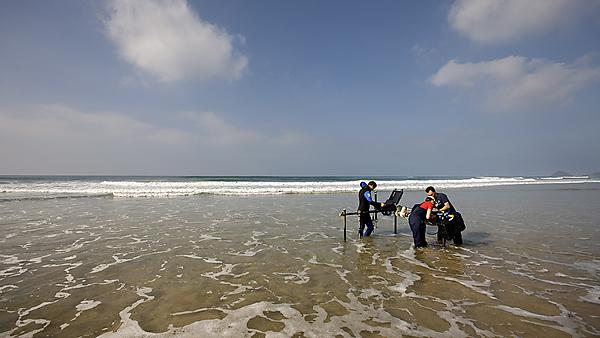