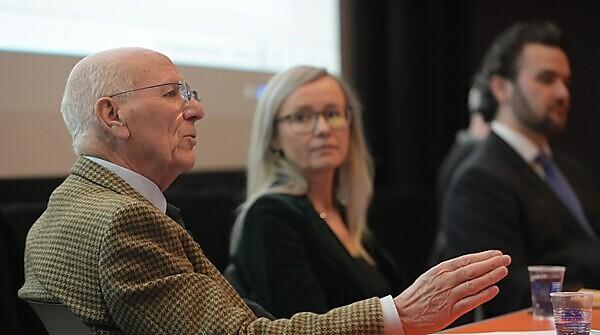 5 July 2022
A former diplomat who was based in Moscow during the fall of the Soviet Union and helped to establish embassies in many of the newly-independent Baltic countries has taken up a fellowship with the University of Plymouth’s International Relations team.
John Dobson, Naval Attaché to the UK’s Moscow Embassy during the 1990s when the Eastern bloc separated, and a member of the Cabinet Office under Sir John Major, joins the School of Society and Culture as a Visiting Fellow.
The role will see John – who is also a weekly geopolitics columnist for the Sunday Guardian newspaper in India – bring his vast experience into lecture theatres and public events, working closely with Dr Patrick Holden, Associate Professor in International Relations.

“Over the course of his career, John has amassed a deep knowledge of international security issues around the world,”

“Through this fellowship, we hope that our students can draw upon and benefit from that experience, and we can create public engagement events that stimulate discussion and debate.”

An engineering graduate from City University, John was part of the first postgraduate-level cohort to enrol at the Britannia Royal Naval College in Dartmouth. He served as a weapons engineer officer aboard HMS Albion, and later with 4-2 Commando in Singapore. Postings to Hong Kong and Australia followed, before John undertook a masters and was appointed Head of Signal Processing and Electronics.
John moved into naval intelligence when he joined the Defence Intelligence Centre during the Falklands Conflict and headed up a team of 50 analysts. He developed strong contacts through the Royal College of Defence Studies and undertook postings overseas, in India, Pakistan and Sri Lanka.
John’s final role would see him spend three years as the Royal Navy’s representative in Moscow, where he helped establish embassies in Georgia, Azerbaijan, Turkmenistan and Armenia. During that time, he was responsible for the diplomatic relationship with the Soviet and Russian equivalent of the First Sea Lord.

“’I’ve had a rich and varied career, but I have particularly strong memories of my role and life in Russia,”

“It was a very intense life, where you would work until 5pm, drive home and then go out to an event and dinner – and that’s where the real work was conducted! And that deep knowledge and empathy that I have for the country and the people – and the shock I feel over Putin’s actions in Ukraine – very much informs my assessment of the geopolitical impact of what is happening in Eastern Europe.”

The fellowship builds on John’s previous connections with the University via the University of the Third Age, which, in 2019, saw him orchestrate an on-stage interview with Marina Litvinenko, widow of murdered Russian secret service agent Alexander.

“I’m looking forward to playing a role in the academic community here,”

“Whether that is participating in and giving research seminars, helping postgraduate students, or using the University’s library and online resources to inform my writing on global geopolitics, it’s an exciting new venture for me.”

Immerse yourself in the ideologies, political interests, and debates that influence past and present relationships between people, places, and environments, and explore the decisions made by governments and global institutions.

Understand how the geopolitical world works, examining the consequences of actions at both the local and global scales. 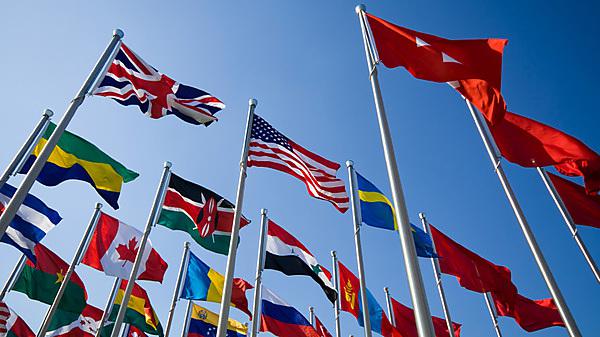