The UK’s first e-marine hub of shore-side charging facilities for electric maritime vessels has been unveiled in Plymouth.

A series of high power DC electric charging stations has been switched on in prominent locations along the perimeter of the Plymouth Sound National Marine Park.

This includes the world’s first 150kw charging facility at Mount Batten, the UK’s first 75kw site at Queen Anne’s Battery, and a 25kw installation at the Barbican landing stage.

Further installations are now being developed along the city’s waterfront, with additional sites also being identified in Devon and Cornwall with a view to providing electric charging facilities every 10 miles along the counties’ southern coastline.

The charging network has been created through the Marine e-Charging Living Lab (MeLL) initiative, a consortium led by the University of Plymouth in partnership with Plymouth City Council, Princess Yachts Limited and Aqua superPower

It directly responds to the UK government’s Clean Maritime Plan for maritime net zero and its drive to increase the UK’s current percentage of clean electricity to 100% by 2035.

It has also been designed to offer commercial enterprises of all sizes with a sustainable, cost-effective and time-effective means of making the switch from diesel to electric power.

Research by the University, carried out during the planning stage of the project, has shown the network has the potential to reduce port emissions by 96.60% in the next 30 years. As a result it could significantly cut the sector’s impact on the climate, and reduce the damage caused by harmful gases on both human and environmental health. 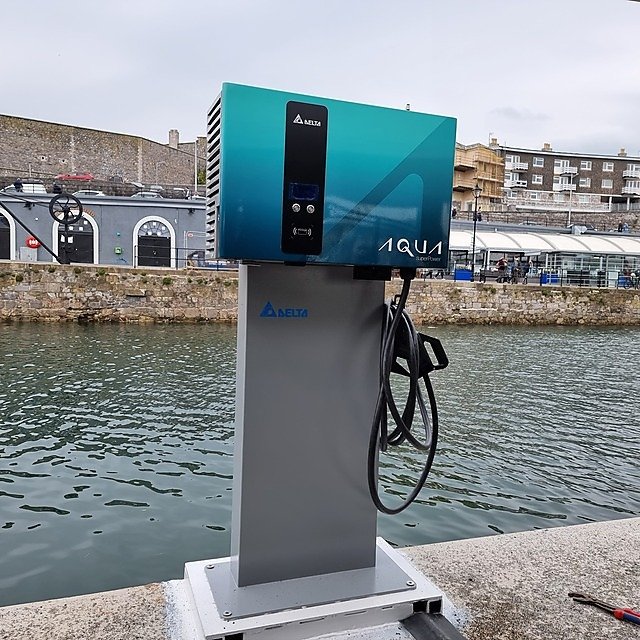 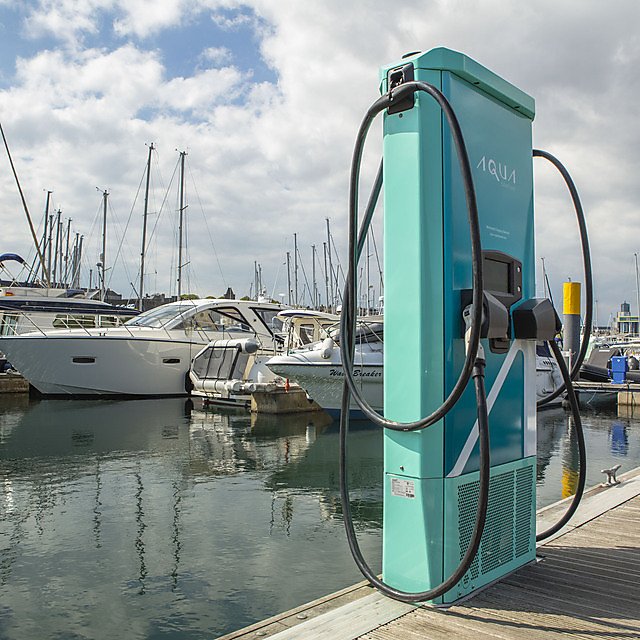 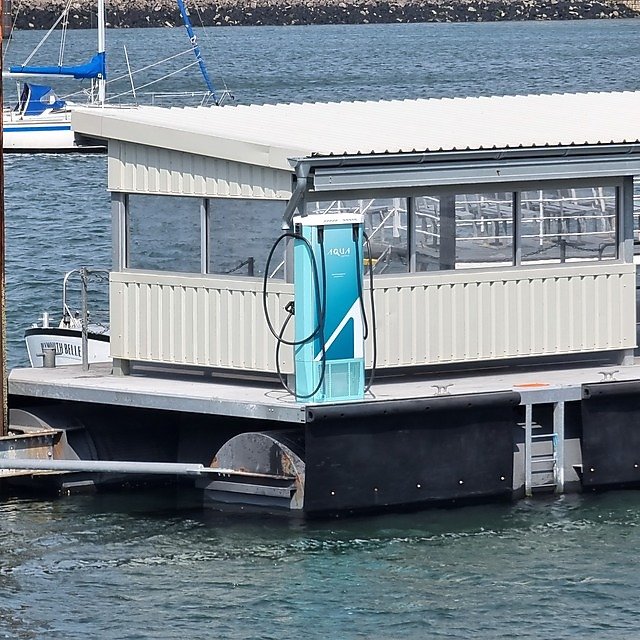 Mountbatten Ferry Terminal
, Project and Knowledge Exchange Manager at the University of Plymouth and lead of the MeLL project, said:

“The Clean Maritime 2050 strategy underlines how crucial it is that the sector moves forward, and includes a number of ambitious net-zero objectives. That includes the increased electrification of commercial vessels, but if there is no infrastructure in place you cannot support the growing number of businesses looking to employ this technology. This charging network is a game-changer for Plymouth’s forward-thinking marine enterprises, and our ongoing research in this field is enabling the city and region to blaze a trail in clean maritime innovation.”

“This is the realisation of an important project that started at the end of last year to further Plymouth’s reputation as a centre of excellence in clean maritime innovation. In deploying our dedicated marine fast charge network as part of the project, we are creating the right landscape towards decarbonisation of the marine environment, responding to the Maritime 2050 route map for maritime net-zero. We are proud to have delivered our installations on time to challenging deadlines and greatly appreciate the support of our project partners, the University of Plymouth, Plymouth City Council and Princess Yachts.”

"This is a landmark project boasting the UK’s first marine charging network, demonstrating Plymouth’s commitment to decarbonisation and strengthening its position as the UK’s leading testbed for marine innovation, and tying into the delivery of the National Marine Park and Freeport. The Government’s Clean Maritime Plan clearly states the need to reduce carbon emissions from marine transport and, by delivering this network of charging infrastructure, the partnership has helped to remove one of the key barriers to the uptake of electric vessels. We are proud to have worked with fantastic partners in the delivery of this project without whose support and collaborative working this extraordinary achievement would not have been possible."

“Princess Yachts cannot exist without the draw of our oceans and waterways. Therefore, we must work harmoniously to protect and enhance the marine environment. As a business, we have an ambitious sustainability roadmap and are on our journey to deliver on customer expectations as well as prepare for the future of our industry. While a full battery electric yacht may not be feasible with existing technology above around 12m, the MeLL project and its legacy has real world relevance and benefit to the growing interest we see in hotel service batteries and hybridisation. The benefits are marked with charging times nearly 40 times faster than many marina shore power connections, and the launch of this project in our brand home of Plymouth is fantastic for the city.” 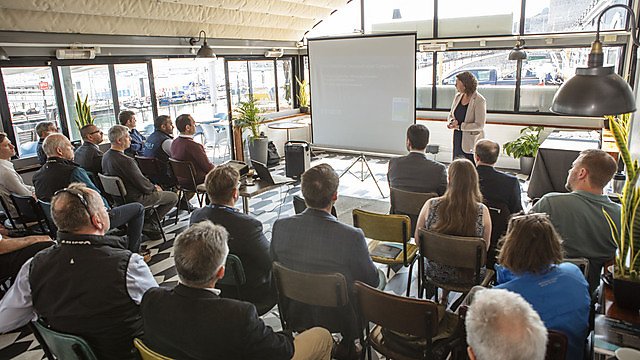 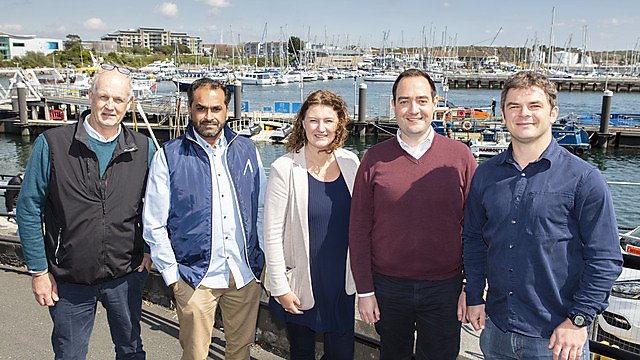 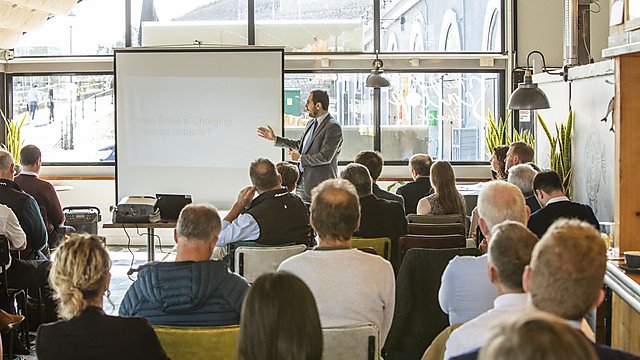 The MeLL project has been funded by the Department for Transport and delivered in partnership with Innovate UK, as part of the Clean Maritime Demonstration Competition.

It furthers the city’s reputation as a centre of excellence in clean maritime innovation, and complements existing and emerging initiatives including Oceansgate, Smart Sound Plymouth, the Plymouth Freeport and the UK’s first National Marine Park.

The University of Plymouth is among the UK’s leading proponents of clean maritime research and innovation.

It is conducting research in fields as varied as maritime cyber and marine autonomy, advanced engineering and the arts, biological and environmental science and Big Data.

Through engagement with business and the wider scientific community, it is pioneering new ways of transforming this research into practical solutions to challenges being faced across the marine and maritime sectors.

It is also harnessing the capability of new and existing technology within this sphere, including looking into the development and application of autonomous marine systems to advance our understanding of the ocean. 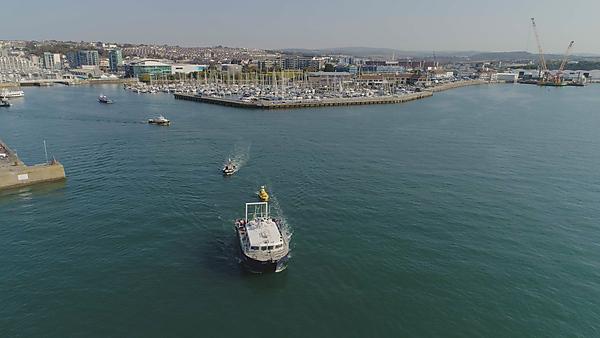 Read more about our work in this area