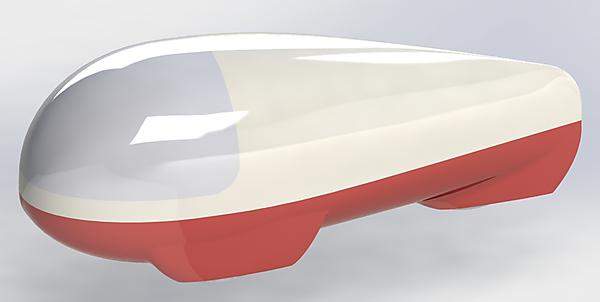 A futuristic handcycle designed and created at University of Plymouth will be embarking on a quest to enter the record books later this year.

Mechanical and composites engineers are currently finalising their Human Powered Vehicle (HPV) which they hope will set a new arm-powered speed record in the Nevada desert in September.

Piloted and powered by paracyclist Liz McTernan, who last year ranked in the world’s top eight in her sport, it needs to travel in excess of 21.39 miles per hour over a 200-metre stretch of tarmac in order to beat the current women’s benchmark.

Plymouth University has several years’ experience in this field having previously worked on projects with Alan Grace, former chairman of the Handcycling Association of the United Kingdom.

“Building a machine that is fast on the road and comfortable for the rider is a major challenge. There are so many constraints we have to work around to find the best compromise between aerodynamic performance, adequate control, structural behaviour and rider power output. But by combining technical innovation with the performance of an outstanding athlete like Liz, we are creating a cycle which we believe has every chance of setting a new record.”

Handycycling is a major Paralympic discipline, having gained significant public attention at the London Games in 2012, and annual speed trials for a range of HPVs are held on the long straight roads of Battle Mountain, Nevada, where competitors can build up speed over a five-mile run-up before being measured over a 200m stretch.

The University of Plymouth team’s plan is to construct the frame of the handcycle from aluminium, with an advanced composite material forming the aerodynamic shell. Mr Kyte and his team have now finalised the design for the handcycle itself, and with the help of University technicians Julian Seipp, Rick Preston and Neil Fewings, are about half way through the build process. Many of the components have been sourced and supplied by the Saltash-based Certini Bicycle Company.

In order to minimise the energy expended by Liz during the trials, and to ensure the handcycle is kept at the optimum gearing, a ProShift Automatic Gear Shifting Controller will be used. ProShift utilizes the Shimano Di2 electronic shifting and includes proprietary real-time algorithms that optimize cadence. The complete shifting system is provided via a sponsorship by Baron Controls LLC, Sugar Land Texas, USA.

The framework should be complete and ready for testing before Easter, to ensure Liz is happy with the comfort and controls, and the shell will then be manufactured and attached. It is hoped full speed testing will take place over the summer, with venues including airfields and velodromes already being identified as potential test sites.

“Over the past three years, many of our engineering students have looked at handcycle design as part of their dissertations or group design projects, working on detailed aspects such as steering mechanisms and power transmission. They have conducted wind tunnel tests and Computational Fluid Dynamics simulations to optimise the aerodynamics, also building prototypes to fully test components and rider biomechanics. The hard work that all these students have done now means we understand the technical aspects of the design and the compromises that need to be made in minimising drag whilst maintaining a powerful riding position.”

The team are interested in hearing from additional potential sponsors willing to support the record attempt, and companies with access to some of the materials they require. Anyone interested in finding out more can email adam.kyte@plymouth.ac.uk.

Building a machine that is fast on the road and comfortable for the rider is a major challenge. But by combining technical innovation with the performance of an outstanding athlete, we are creating a cycle which has every chance of setting a new record 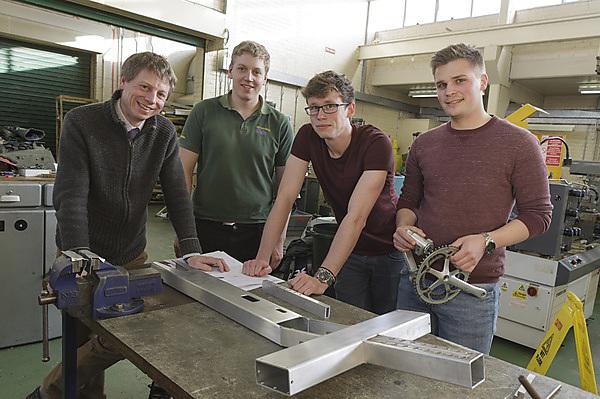 Further reading on the Plymouth University website:
Courses and study with Plymouth University
Find out about our world-leading research
Read about our mechanical and marine engineering courses
More information on other websites:
Read more on the project's blog
Find out more about Liz McTernan
Visit the Certini Bicycle Company's website
Read more about Baron Controls LLC