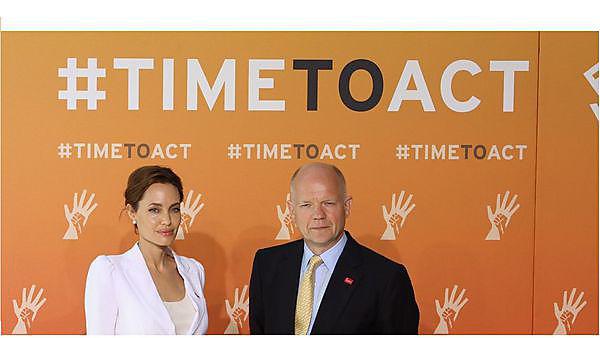 Leading academics will be debating the global impact of wartime sexual violence during a high profile event at Plymouth University.

The free public debate on Wednesday 4 March will include discussion about the ongoing plight of the men, women and children affected by such violence, and current international humanitarian efforts to help them.

It will also focus on the Preventing Sexual Violence Initiative (PSVI), launched in 2012 by the British Government and Hollywood actress Angelina Jolie, and reflect on pledges made during its Global Summit to End Sexual Violence in Conflict, which was hosted by the UK in June 2014.

They will interrogate policies linked to the PSVI – which aims to address the culture of impunity that exists for crimes of sexual violence in conflict, increase the number of perpetrators held to account, and ensure better support for survivors – and address its relationship to wider questions of gender equality and humanitarian intervention.

“This is a challenging issue but one that will have increasing importance for the UK, both in terms of developing an ethical foreign policy and overseas humanitarian efforts, but also the ongoing impact at home resulting from refugees coming from war-torn and post-conflict nations.

“The global summit did go some way towards mobilising greater political will to do more to prevent sexual violence in conflict zones and bring perpetrators to justice. At the same time the public are becoming aware of this issue through rolling news and films such as Unwatchable, The Land of Blood and Honey, and Grbavica. Some of these representations are problematic, however, and at stake therefore is not just how we deal with sexual violence in post-conflict contexts but how we generate knowledge about it in the first place and what that reveals about attitudes to gender equality at home and abroad."

The event – Wartime Sexual Violence: Understanding, Representing and Intervening – is being held in the Plymouth Lecture Theatre, Portland Square, from 18:00-20:00 on Wednesday 4 March.

Image credit: By Foreign and Commonwealth Office [CC BY 2.0 (http://creativecommons.org/licenses/by/2.0)], via Wikimedia Commons)

Read more about the PSVI