A replica of Captain Cook's ship HMS Endeavour in Whitby, North Yorkshire. The ship is now home to The Endeavour Experience (Credit Shutterstock)

16 August 2022
A shipwreck believed to be that of Captain James Cook’s HMS Endeavour is being eaten by shipworms in its resting place off the United States coastline.
Dr Reuben Shipway, Lecturer in Marine Biology at the University of Plymouth, has just returned from Rhode Island having been able to dive to the submerged wreck where it was scuttled in 1778.
However, what is left of its timber frame – estimated to be less than 15% of the original structure – is gradually being eaten away by both shipworms and another crustacean called gribbles.
By analysing one of the salvaged timbers under microscopes at Harvard University, Dr Shipway was for the first time able to identify the particular species present at the wreck site – Teredo navalis, commonly called the naval shipworm.
That is a commonly found local species, and not the exotic ones researchers working to preserve the wreck had hoped to find and which might have suggested the vessel could have once been to the Pacific.
Dr Shipway also discovered that the shipworms’ stomachs still contained quantities of the wreck they had consumed that day.
Having studied the species for more than a decade, and seen the wreck on the seabed, Dr Shipway believes there is a genuine chance that if action is not taken urgently, the rest of its remains could almost inevitably be lost to the ocean forever. He said:

“The Endeavour was used for one of the world’s earliest scientific voyages, and is responsible for amassing information that has shaped human history. Its name has since been used for pioneering voyages of space discovery. If this wreck was on land, more would be done to preserve it but because it is under water I believe there is a real danger of it being out of sight and out of mind. The majority of the vessel has been destroyed over the past two centuries and more. If it is left, the shipworms will continue to eat away at its structure and we could be left with little – or nothing – to preserve.” 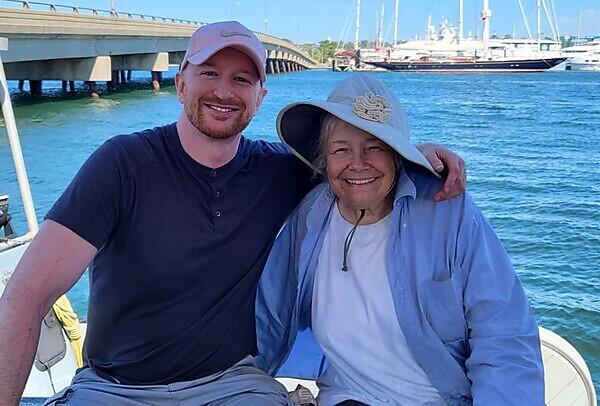 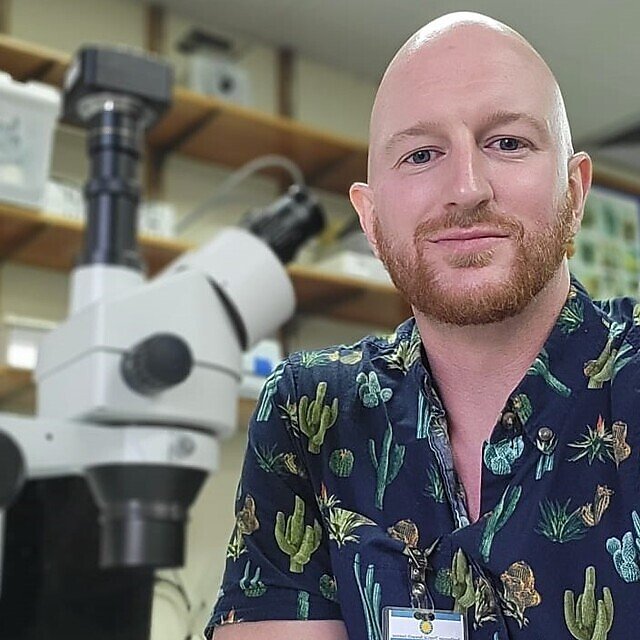 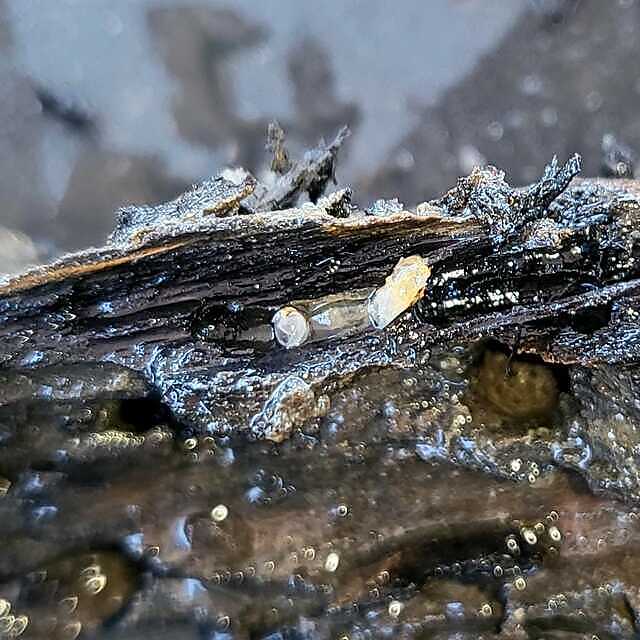 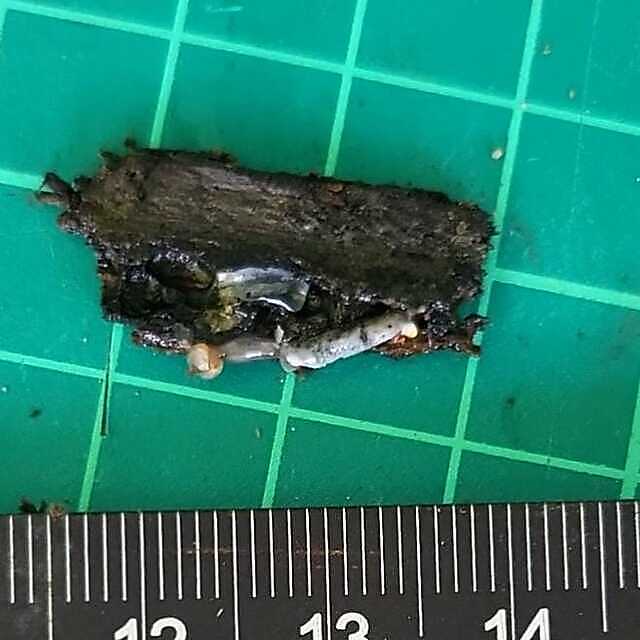 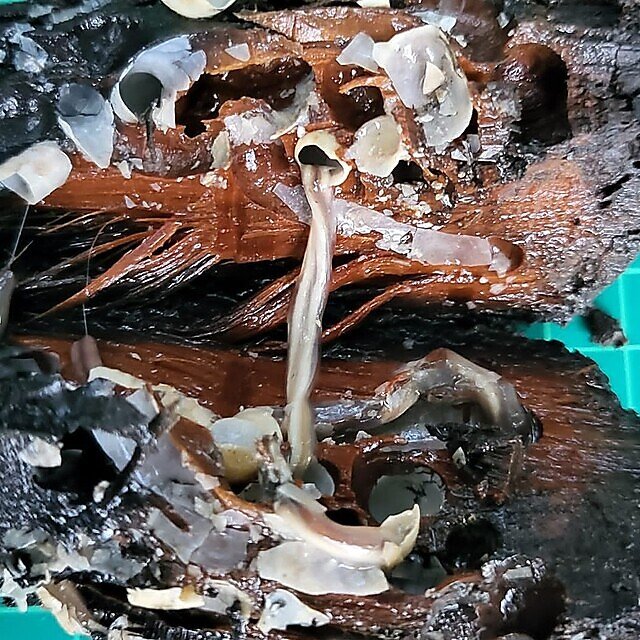 HMS Endeavour launched from Plymouth in 1768 on a three-year global voyage of discovery, ultimately being scuttled a decade later during the American War of Independence.
Dr Shipway first became involved with work on the wreck thought to belong to HMS Endeavour – also known by its codename of RI 2394 – in early 2022.
He had seen international speculation about the vessel’s identity and contacted Dr Kathy Abbass from the Rhode Island Marine Archaeology Project, which has a permit to dive at the site and has conducted studies on many other wrecks located nearby.
After months of discussions, he travelled to Rhode Island this month to examine the wreck personally, and instantly saw the tell-tale signs of shipworm damage.
On the outside of the wreck’s timbers, which are submerged around 40 feet below the ocean surface, are small holes similar to that commonly seen in timbers affected by woodworm.
Beneath that, the worms have turned the wooden structure into something similar to honeycomb which has reduced its rigidity and, over time, would cause it to collapse.
After examining the site and talking to Dr Abbass and her colleagues, Dr Shipway said he agrees that the wreck’s fragile nature means that preserving what is left is not as easy as simply lifting it from the seabed.
Dr Shipway added:

“As long as the timbers are exposed in the ocean, the shipworms will continue to eat away at them. However, when they are submerged in sediment the worms cannot access them, so submerging more of the wreck could offer a short-term solution. That would only last until the region was hit by a storm and the sediments shifted, however, but it could give those seeking to preserve it time to develop a long-term plan.

“We have seen with ships like the Mary Rose that you can rescue them from the seabed. The stories you are then able to tell should be part of our enduring cultural heritage, something that unites all of us and gives us hope even though we may face uncertainty in the future. I think it’s important to preserve these monumental feats of human ingenuity from history.”

Dr Shipway is currently preparing a full report about the shipworms of RI 2394 wreck, and it will be sent to the Rhode Island Marine Archaeology Project to help them with their efforts to stabilise the areas of the site currently infested.

Diving to the wreck thought to belong to HMS Endeavour 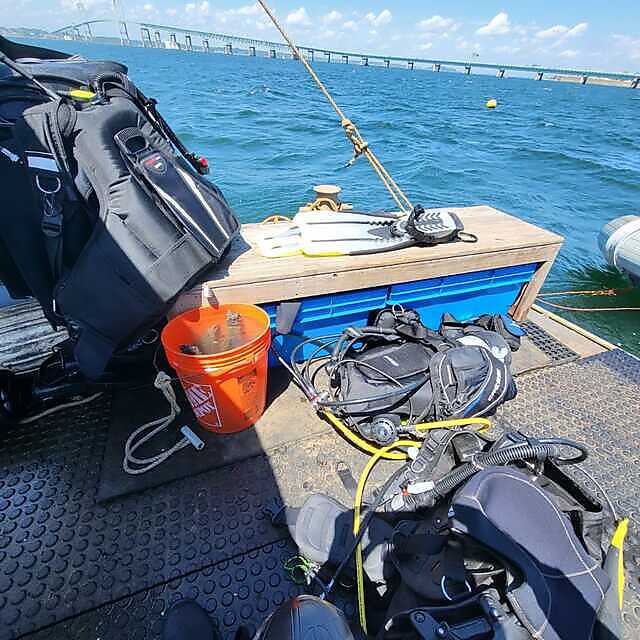 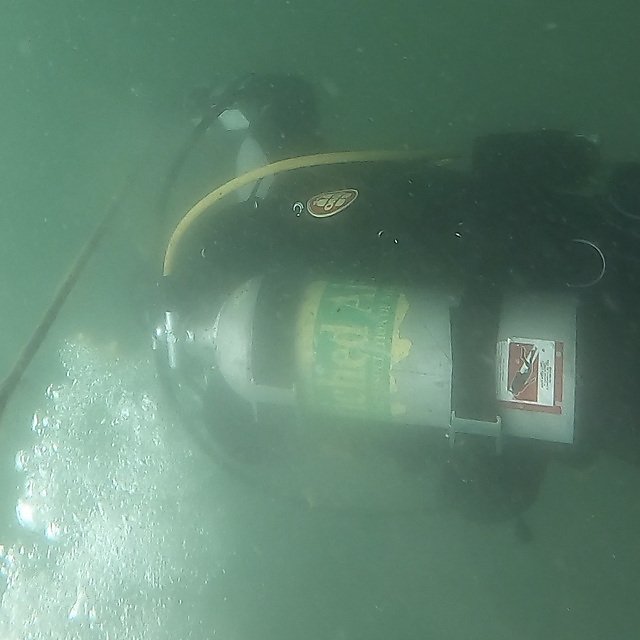 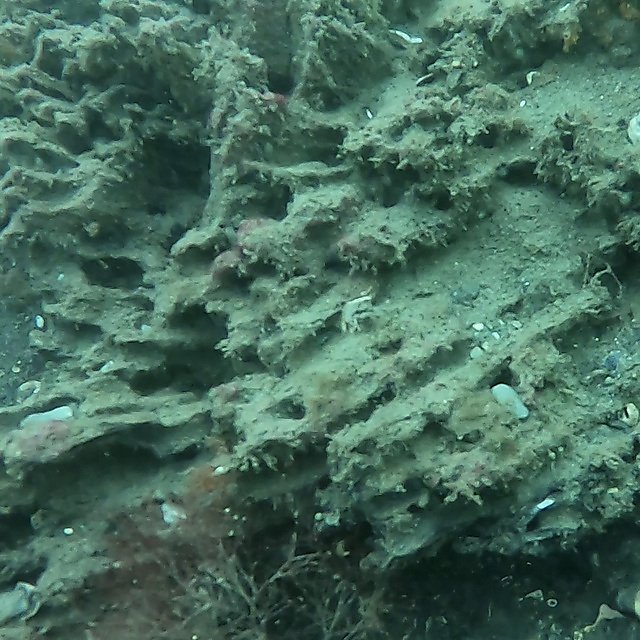 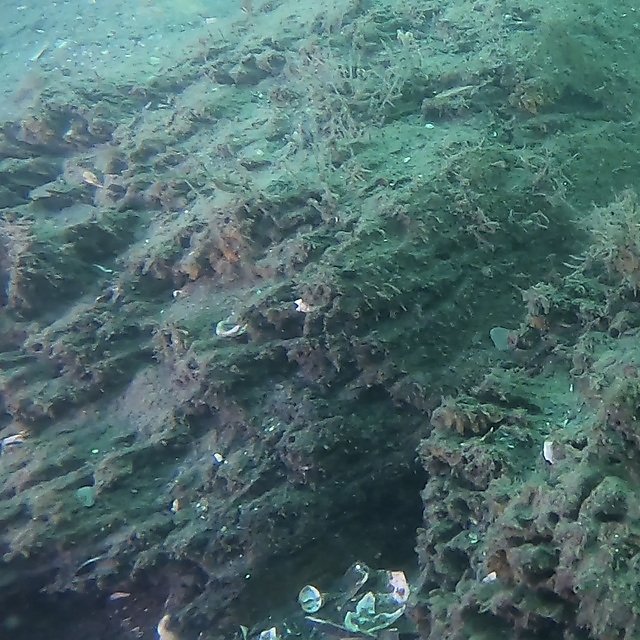