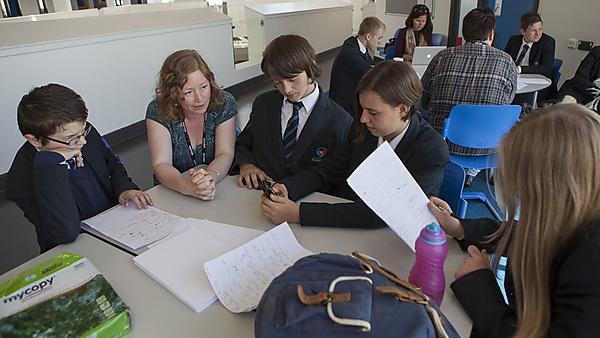 A consortium of universities and colleges across the South West has won £5.5million in government funding to inspire young people from disadvantaged backgrounds into higher education.

Institutions across Devon, Cornwall and Somerset – led by the University of Plymouth – have been awarded two years’ funding in the first phase of the National Collaborative Outreach Programme (NCOP), being launched by the Higher Education Funding Council for England (HEFCE) in January 2017.

With funding of £60 million per year, the programme will drive a step change in the progression into higher education of young people from disadvantaged backgrounds, including members of ethnic minority groups and young men.

To meet those goals, the consortium – under the name of Next Steps South West – will focus on Year 9 to 13 students in wards and schools identified as having presently low HE representation, using targeted interventions in an attempt to raise aspirations, achievement and awareness of HE.

“Increasing HE participation in the South West’s most disadvantaged areas is a major challenge. But it is one faced by all colleges and universities so this united approach, building on previous successful collaborations, is the right way to try and address it. By reaching out to schools and young people at an early stage, we can ensure that every student – regardless of their background – has the chance to reach their full potential.”

Next Steps South West, which will officially begin working in January 2017, brings together a variety of higher and further education providers, and its membership includes:

It will draw on the experience and expertise of existing consortia, such as the Devon Collaborative Outreach Network and Next Steps Cornwall, but also establish fresh approaches to outreach activities that foster new relationships with target schools at a local level.

This could include mentoring schemes, summer schools and parents events, but also see young people being invited to take part in events at universities and colleges with HE lecturers and students visiting local schools in return.

Funding from the NCOP programme was approved by the HEFCE Board following a competitive process for local consortia involving higher education providers, schools, colleges and other organisations such as charities and local agencies involved in education, careers and skills. A total of 260 higher education providers in England are involved, and the planned collaborations will ensure all 997 of the local wards identified in HEFCE’s gaps analysis will be covered.

“We are seeing record numbers of disadvantaged young people going to university and benefitting from the real opportunities that our world class universities can offer. This funding and the schemes that have been developed by universities will make a real difference to young people in key areas. In addition to this, we are legislating for a new transparency duty which will place a clear requirement on all universities to release more information about their admissions process and real incentives on all institutions to go further and faster to promote social mobility.”

“NCOP represents a significant investment by HEFCE in improving the life chances of young people in some of our most disadvantaged communities. Our evidence has shown that there are young people in these areas who are achieving the qualifications they need to benefit from higher education, but are not currently doing so. The programme will ensure that they are better equipped to make the right choice for them by exposing the range of higher education options available and the careers they make possible.”

Steph is typical of the students Next Steps South West will attempt to help. Growing up, the only link she had to university was in her early teens when her mother decided to enrol as a mature student. She says: “I always really liked learning, but the sole focus at school was on GCSEs and then A-levels. Some individual teachers said we should consider university, but the school as a whole didn’t encourage us to consider it.”

Steph began her course at Plymouth in 2012, and is now in her second year as VP Education with UPSU, the University’s students union. She adds: “University has taught me so much and given me so many amazing experiences and opportunities. I believe it is something that everyone – regardless of your background – should be encouraged to consider as it can have a big impact on you and your prospects.” 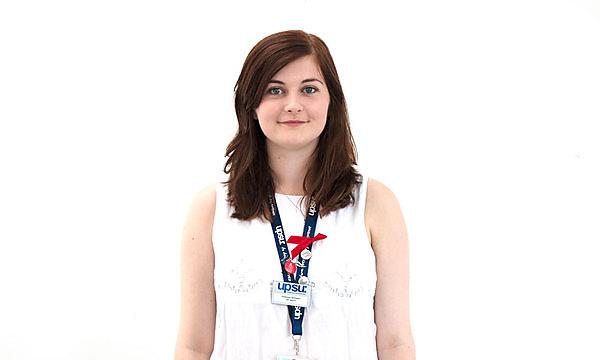 Our approach to WP is articulated in our interim Widening Participation Strategic Statement (WPSS) for 2012-13 and 2013-14 and embodied in our Access Agreements. It's a targeted approach focused on groups who are and have been historically under-represented in higher education. The strategy focuses primarily on three priority target groups, those disadvantaged by:

Our broader strategy also embraces work related to age, gender and racial equality. In addition it provides for locally based higher education provision in the South West through a large portfolio of higher education level courses available within our partner college network.

The University's updated interim Widening Participation Strategic Statement (WPSS) for 2012-13 and 2013-14 was submitted to the Higher Education Funding Council for England (HEFCE) in April 2013.