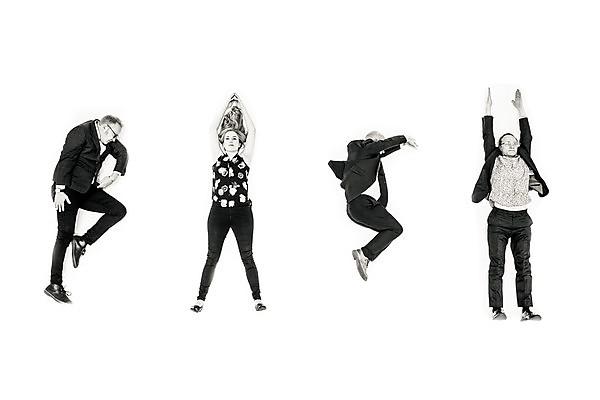 A one-off concert showcasing the cutting edge of research, composition and performance is taking place next month, with renowned percussionists ensemblebash.

Decoding Life with ensemblebash features work originally destined for March’s Contemporary Music Festival in Plymouth. The annual festival, presented by the University of Plymouth’s Arts Institute in partnership with its Interdisciplinary Centre for Computer Music Research (ICCMR), has gained an international reputation among afficionados of new music created at the crossroads of art and science. But this year’s festival weekend coincided with extreme winter weather, forcing a last minute cancellation.

Now, rather than having to wait for the 2019 festival, music fans are to be treated to four pieces from the cancelled programme at a special event, taking place in The House venue on the University campus on Saturday 13 October at 7.30pm.

The night features three of the four works that were to make up this year’s festival gala concert: Artibiotics by festival Director and Professor in Computer Music at the University of Plymouth Eduardo Reck Miranda; Dr Marcelo Gimenes’ Babbling Baobab; and Life-force, by the 2018 festival’s guest composer, music technology pioneer Archer Endrich. Senior Research Fellow at the University Dr Alexis Kirke’s piece Arecibo, also on the bill of the cancelled festival, completes the entertainment.

ICCMR Director Professor Miranda was inspired by a €7million European Commission-funded antibiotic project called Synpeptide to create his groundbreaking work. Commissioned by Austrian research company Biofaction, Miranda spent a period as artist in residence with the project. Artibiotics presents bacteria and antibiotics as sound, and examines their quest to damage and defend the DNA of their host.

Endrich’s achievements need no introduction to students of computer music. Life-force is inspired by the notion of vital force, or impulse of life: a creative principle proposed by philosopher Henri Bergson, which is present in all living organisms and responsible for evolution.

Arecibo takes as a starting point the 1974 coded message sent to a distant star cluster from the Puerto Rican observatory of the same name, in the hope it might be picked up and deciphered by intelligent extraterrestrial life. Dr Kirke’s piece uses the marimba as its main instrument, and incorporates different musical elements to represent the seven sections of the original message.

“Having to cancel this year’s Contemporary Music Festival at the last minute was a huge disappointment, but it’s fantastic to have the opportunity to share some of the work with audiences now. We are constantly looking for new ways to explain or interpret scientific advances through music, and these pieces address some of the most complex secrets at the foundations of life. With their versatility and skill ensemblebash are the perfect performers to complement our compositions.”

Since coming together in 1992, ensemblebash have become known for their high-energy performances grounded in the music of west Africa. One of the world’s most innovative chamber ensembles, the group has performed from Hong Kong to Ghana and across Europe, playing and recording with some of the biggest names in jazz, percussion and classical music.

Decoding Life with ensemblebash will coincide with the launch of the programme for the Contemporary Music Festival 2019. The 14th edition, with the theme of Multiverse, will run from Friday 22 to Sunday 24 February and focus on musical interpretations of the quantum world.