The University of Plymouth is looking to expand its work supporting farmers and families in rural Kenya after receiving a second grant from Comic Relief.

In 2014, the University became the first higher education institution to gain funding from the organisation when it received more than £535,000 to work with the Farm Shop Trust to develop a sustainable and commercially viable supply chain for agricultural inputs across its network.

Now it has received a second award – taking the funding total to more than £1.2 million – to continue to project, which will enable it to increase the number of shops up and running across the country.

When the partnership was launched, a pilot of ten farm shops were already up and running in Kenya’s Central, Rift Valley and Eastern provinces.

Just over two years later that has risen to 77, with the aim being to double that number again so that around 150 shops – benefiting 56,000 farmers and the wider community – are in operation by the end of 2018.

The project is led by the Futures Entrepreneurship Centre, part of the Plymouth Business School, in collaboration with Newcastle University, Duchy College’s Rural Business School and the Farm Shop Trust.

“It is a credit to all those involved in this project that the funds have been extended for a further two years. With the support of the research team and students, it has already seen the number of franchises extended, positively impacting benefiting tens of thousands of the world’s poorest people. We are now looking at ways to optimise the systems for evaluation and examine the entrepreneurial leadership orientations of the franchisees, as well as exploring the impact of gender on their experiences.”

Dr Robert Newbery, who launched the project while based in Plymouth and is now Senior Lecturer in Enterprise and Innovation at Newcastle University, added:

“Since we started work in Kenya, the opening of new shops has had a noticeable impact on areas including education, health and wellbeing, youth unemployment and poverty levels. Overall the project has been really interesting and as a social innovation it is taking off. We are starting to see some competing business models, which is a welcome sign that this approach is being incorporated into the local entrepreneurial ecosystem.”

Dr Stephen Roderick, an agricultural scientist at Duchy College’s Rural Business School, has also been involved in the project since its inception. He said:

“What has particularly impressed me during the first phase of the project has been the commitment of the Farm Shop support team and the quality of support and advice they offer the shop franchisees and their farmer customers. I am very much looking forward to helping the team continue this excellent service as the number of shops increases, as well as playing a role in monitoring the impact this is having on the rural communities they serve.”

The Farm Shop trust is an innovative rural distribution network, revolutionising smallholder farming with the basic inputs these households need to escape poverty. It was established by accomplished social entrepreneurs Farouk Jiwa and Madison Ayer, whose previous venture – Honey Care Africa – earned global praise from the Prince of Wales Business Trust, the World Bank, the Bill and Melinda Gates Foundation and others.

Its shops provide a blend of high-quality agricultural inputs, qualified advisory and information services, and structured opportunities for farmers to learn about cutting-edge technologies. Since it began working with the University of Plymouth, franchisees have seen average sales increase from around $600 a month to more than $3,000 a month. 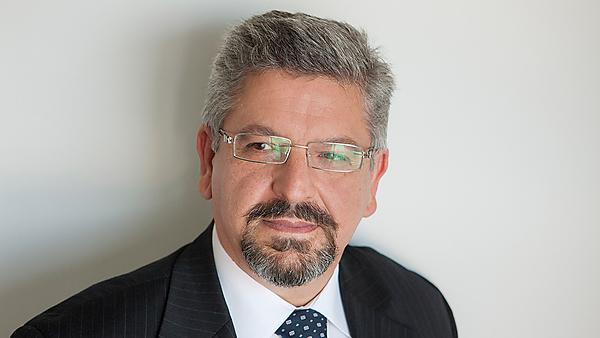 “Plymouth has a long track record of using its world-leading research and expertise to deliver genuine impact and bring about positive change in developing countries. The impact of the collaborative project we are carrying out in Kenya is being replicated in other disciplines and other countries across the world, creating opportunities and making improvements to people’s lives in a joined-up and sustainable fashion. This increased and extended funding from Comic Relief further emphasises the quality of our work, and is an endorsement of our approach not only to this project but also more widely.”