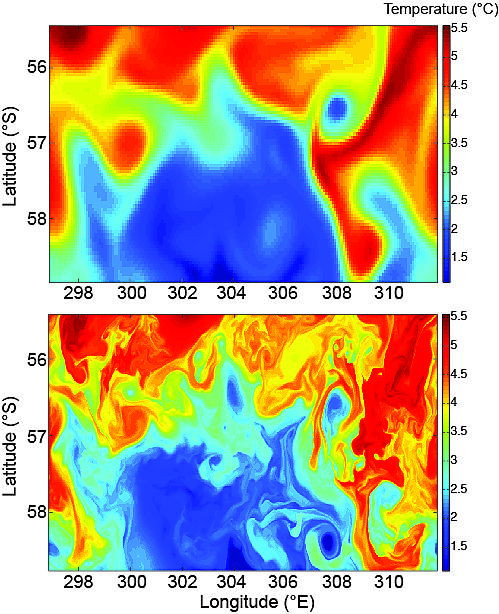 Scientists studying the Earth’s climate are to set sail for one of the most hostile areas on the planet in a bid to improve our understanding of the interaction between the oceans and the atmosphere.

The team, led by Plymouth University, will be travelling 200 miles south of the Falkland Islands, close to Drake’s Passage, in the Southern Ocean, for a month-long investigation into how small scale changes in ocean properties, such as temperature or salinity, can impact upon climate dynamics.

Funded by a one million pound grant from the Natural Environment Research Council (NERC), the three-year study, also involving the University of Cambridge, the British Antarctic Survey and Plymouth Marine Laboratory, will use the data gathered to improve climate models and our understanding of how the biological system responds to weather patterns at the sea surface.

“If we want to understand climate change we need to appreciate how the oceans interact with the atmosphere at their boundary. And for the ocean, the top 100 metres is crucial – it’s what we term the surface mixed layer. It’s where gases such as carbon dioxide are exchanged between the ocean and atmosphere; where nutrients are brought up from the deep ocean that in turn enable plankton to grow. But its effect upon the climate, while understood in a regional sense, is inadequately reflected in global climate models in areas where small scale processes have a disproportionate impact.”

Currently, climate models are limited by the computers that generate them, and those on a global scale are simply unable to represent the small-scale boundaries in the surface mixed layer that exist between water bodies with different properties. These boundaries, which exist over distances of 1-10km and are known as submesocale fronts, are found throughout the oceans, but especially in the Southern Ocean where their impact on climate is believed to be the greatest.

The research team will fly to the Falkland Islands next spring, just before winter in the Southern Ocean prohibits scientific studies due to harsh weather. They will then sail to the Subantarctic Front in the Scotia Sea where they’ll deploy a range of instruments, including towing gear, to measure variations in temperature, salinity and other fields. They will then compare the data with the climate models for the area, and refine them accordingly.

“It’s about modelling and observing, testing and refining – and that’s what is special about this project,” said Phil. “We’ll be out at sea in some of the roughest conditions on the planet because it’s important that we understand how these small scale processes actually work when the strong winds and cold air that generate them are beginning to reach their peak. That will then enable climate modellers to better represent their effect on a broader scale.”

The project, Surface Mixed Layer Evolution at Submesoscales (SMILES), will draw on the speciality of the partners, with Plymouth Marine Laboratory providing expertise on the use of instrumented drifters to collect data from the upper ocean, Cambridge leading on the numerical simulation and modelling, and the British Antarctic Survey offering insight into the dynamics of the Southern Ocean, particularly its role in the uptake of atmospheric gases.

It’s all about gaining a better understanding of the environment and its dynamics. The better we are able to do that, the more accurate our forecasts will become – and that is something that affects everyone on the planet.” 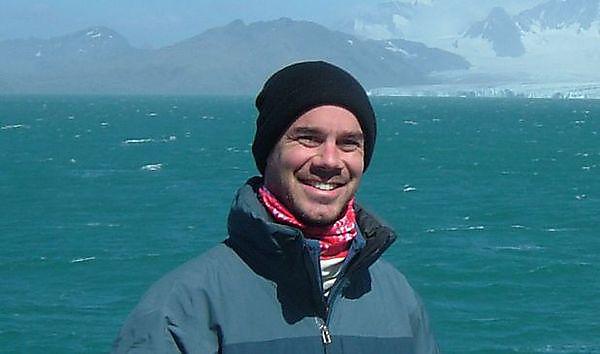 The School of Biological and Marine Sciences