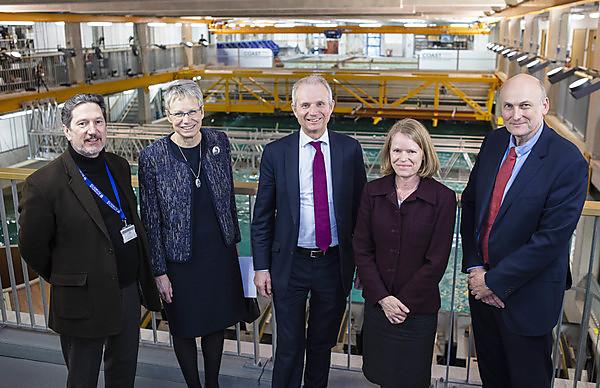 The Rt Hon David Lidington CBE MP, has seen first-hand how the University of Plymouth is carrying out world-leading research across the marine and maritime sectors.

Mr Lidington, Chancellor of the Duchy of Lancaster and Minister for the Cabinet Office, was given a taste of how the University’s facilities are inspiring innovations in offshore renewable energy and maritime cyber security.

He was shown how Government funding is supporting the University’s world-leading research into microplastics, work which is having a direct impact on international policy on microbeads in cosmetics, plastic bags and sustainable fashion.

He also learned how the University is contributing to current and future Government initiatives, including the UK’s Industrial Strategy, Maritime 2050, and the 25-year Environmental Plan.

The visit was hosted by the Vice-Chancellor, Professor Judith Petts CBE, who said:

“The UK’s reliance on the marine and maritime sectors has never been greater, or been the source of such public interest. For more than two decades our scientists have been making fundamental contributions to the future prosperity of our country, in both environmental and economic terms. This visit was the perfect opportunity to remind the Minister how our research is addressing many of the UK’s current challenges and opportunities, and how it aligns with – and is informing – many of the Government’s own priorities and policies.”

During his visit, the Minister toured the Marine Building, which houses a number of specialist and nationally leading facilities, used by students, academics and international industry and academia.

He met students using the Marine Navigation Centre and heard about plans to complement it with a dedicated cyber lab, assessing how to protect the UK’s shipping industry against future maritime cyber attacks.

He also saw the Coastal Ocean and Sediment Transport (COAST) Lab and how its wave tanks are used to develop ground-breaking new technologies in the offshore renewables sector.

During his tour, the Minister met a number of leading university academics, including: Executive Dean of Science and Engineering Professor Kevin Jones, who heads the Maritime Cyber Threats Research Group; Director of the Marine Institute Professor Richard Thompson OBE, who leads the International Marine Litter Research unit; and Professor Deborah Greaves OBE, who leads the UK’s Supergen Offshore Renewable Energy Hub, a programme supported by both government and industry. 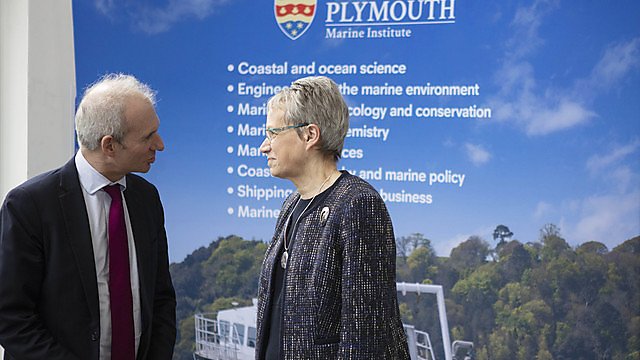 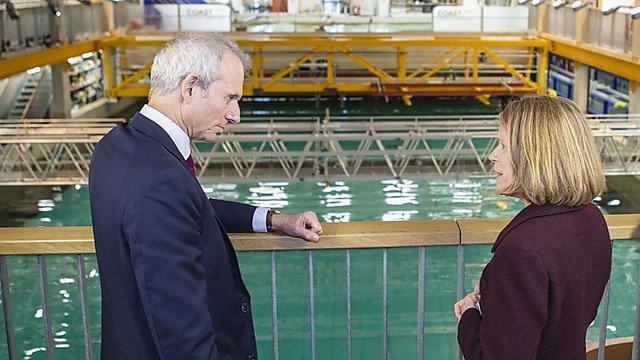 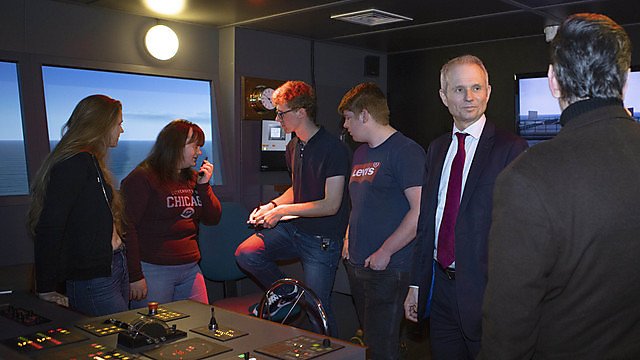 “It’s been a privilege to be here today to see first-hand how UK Government funding is being used for world-class research into microplastics. Following the government’s ban on microbeads – one of the toughest of its kind in the world – the research being done here at the University of Plymouth is absolutely vital to improving our scientific understanding of how plastics enter our oceans so we can help tackle this global challenge. I've also been able to see the pioneering work the University is doing with marine renewable energy initiatives and how it will help to power the future of the United Kingdom.”