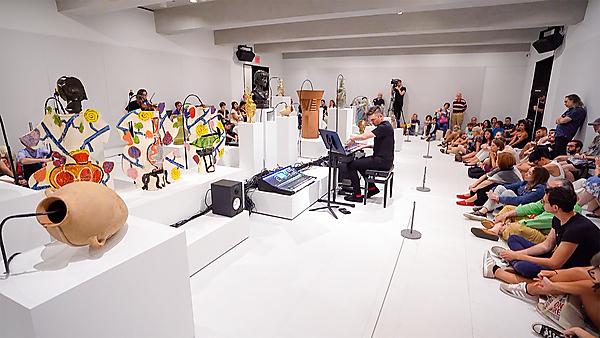 The UK’s biggest touring contemporary art exhibition will be returning to Plymouth – and the University – in 2021, its curators have confirmed.

'British Art Show 9’ (BAS 9) will arrive in the city in late 2021 and will be displayed in four venues, including The Levinsky Gallery, until spring 2022.

Held every five years to showcase the work of British artists who have made a significant contribution to international contemporary art, BAS 9 will include sculpture, film, installation, performance, painting and photography. It is the second time in the last decade that the show will have visited the city.

“The staging of BAS 7 in Plymouth was a landmark moment for the city’s artistic and creative communities, expressing a cultural confidence that has gained momentum ever since. Its return, ten years on, will once again provide a magnificent showcase for contemporary art for the people of the South West, but also provide a moment to reflect on how far the city has progressed in that time.”

The curators of BAS 9, Irene Aristizábal and Hammad Nasar, have selected 45 artists after extensive research and travel across the UK. The majority are developing new works for the exhibition, while others will present ambitious recent works that have not yet been seen in Britain. Among them are several Turner Prize nominees and artists who have represented Britain at the prestigious Venice Biennale. They also include Cornwall-based Abigail Reynolds and Katie Schwab.

When BAS 7 came to Plymouth in 2011, it was the first time the city had hosted a multi-site exhibition on such a large scale. The exhibition had more than 75,000 visits, with another 15,000 people taking part in its events, education and Fringe programmes. It also proved to be the catalyst for further multi-site and partnership projects between the city’s cultural venues.

BAS 9 will be displayed in Wolverhampton and Aberdeen prior to arriving in Plymouth on 6 November 2021, and will remain in residence until 13 March 2022, whereupon it will travel to Manchester. It’ll be displayed across four city venues: The Box; KARST; The Levinsky Gallery at the University; and The Gallery at Plymouth College of Art.

As a direct result of the vision of our late Vice Chancellor, Professor Levinsky, we have evolved, flourished and now sit at the heart of the city’s arts and cultural offer and the University’s national and international ambition.

Working in partnership with The Box, Plymouth's flagship cultural and heritage attraction, we provide audiences with access to high profile artists, speakers and exhibitions and innovative cultural experiences, insights and performances. The relationship between the University and The Box is founded on a long-standing curatorial partnership, exploring dialogues across history and the contemporary through the latest research.

Find out about upcoming exhibitions in the gallery. 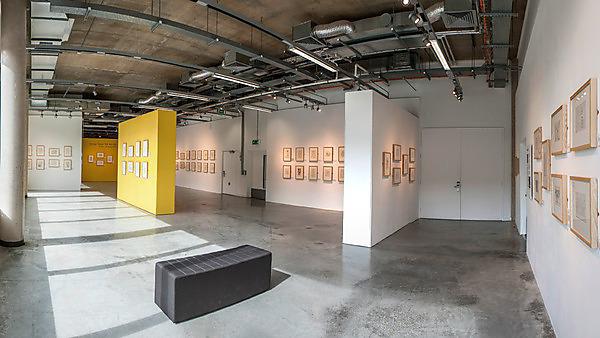