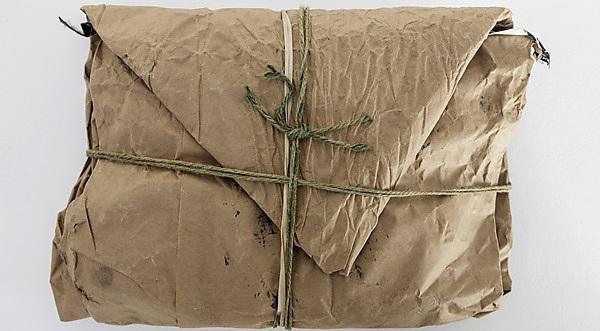 What connects a slightly squashed paper cup, a Swedish tape measure, a tiny wooden model of shoes and a 1/14 scale paper chair? The answer is they are all items of value donated by a host of top designers to feature in a unique exhibition at Plymouth University.

The curator of Envelope asked around 100 leading designers – in disciplines from architecture to illustration, and product and graphic design – to place an item they value into an envelope and send it to them.

The result is a fascinating insight into what designers draw upon for inspiration in their daily lives, with both the pieces and the envelopes they were submitted in going on show in the Peninsula Arts Gallery next month.

“The public view of a designers’ work is so often confined to the finished product, but of course that does not tell the whole story. Envelope breaks down the barriers and it is fascinating for our students and the general public to get a small glimpse inside some of the planet’s most exciting creative minds. There has been a lot of talk recently about how traditional skills might be being lost with the transition to modern technologies, but this exhibition shows there is scope for a genuine balance to be found.”

Envelope will include items sent from across the world, with contributions from Australia, the United States, Japan, Thailand, New Zealand and much of Europe.

The exhibition also features items submitted by young and upcoming designers, including Plymouth University lecturers and graduates such as Sylvia Llecha, Janette Jackson and Justin Floyd.

“Peninsula Arts is delighted to host this important and international exhibition, with many of our leading designers. Envelope particularly demonstrates our commitment to bringing the latest ideas, academic research and enchanting exhibitions to the public of Plymouth.”

Envelope will open in the Peninsula Arts Gallery at Plymouth University on February 14 and runs until March 28. It will include a family activity day on February 21 when people of all ages will be able to design and create their own envelopes using a variety of materials and techniques.

Find out more about our BA and MA Design programmes