A drawing of shipmen on board the Cattewater Wreck (Copyright: M Redknap)

Research into one of the UK’s most important shipwrecks – the Cattewater Wreck – has provided a possible earlier dating for its wrecking.

The Tudor wreck was discovered in 1973 during dredging close to the historic Sutton Harbour, and was deemed so important it became the first to be given protection by the UK Government.

But following detailed analysis of finds, which are contained within the collection of Plymouth City Museum and Art Gallery, the University of Plymouth academic who holds an official Government licence for the wreck believes it could date from as early as 1500.

Now Martin Read, Lecturer in Maritime Archaeology, wants to raise greater awareness of the vessel, more than five centuries after it sank beneath the waters of Plymouth Sound.

The Cattewater Wreck is thought to have been a three-masted armed merchantman, probably built in Southern Europe, but the majority of the finds recovered were English and the ballast was mostly Plymouth limestone, suggesting it might have been based locally.

For ten years, Martin has worked with students and local divers to survey the site. He said:

“Tudor wrecks are incredibly rare and the Cattewater Wreck is one of the world’s most important 16th Century discoveries. As a merchant ship, it provided the trade and taxes which allowed military leaders to build great naval vessels, such as Henry VIII’s Mary Rose, which sank in 1545. Analysis of the Cattewater finds, including preserved leather and ceramics recovered during excavations carried out in the 1970s, mean this wreck might pre-date the Mary Rose by more than four decades.”

In addition to continuing his research, Martin is hoping to bring the wreck to life in a new project with Zoe Moscrip, a postgraduate student at Plymouth College of Art.

When the Cattewater Wreck was discovered, archaeologists found just one set of remains, that of a dog probably kept on the vessel as a ratter.

A competition is now being run for local children to come up with a name for the dog, which should be relevant to Tudor history or the ship’s location, as well as an artwork based around its presence on the ship during its heyday.

The competition is open to those aged 5-16 and will be judged by Zoe, Martin and Mark Tosdevin, programmes manager for Plymouth City Council’s Arts and Heritage Service, with a range of prizes on offer. It will eventually form part of a larger project, which includes puppetry and automatons and is being developed during the course of the summer.

“This project aims to use the arts to help make objects and events more ‘visible’ and to help bridge the gap between artefacts and the community. Hopefully, by making their own version of the Cattewater Dog, the children will create a personal connection and become an ‘owner’ of the story. We also hope this will lead children to having a greater interest in their local heritage and become future guardians of heritage sites, such as the Cattewater Wreck.”

“The dog would probably have had a handler amongst the crew, who would have looked after it and helped the dog to hunt for rats in the bowels of the ship. Without some form of control, rats might have eaten the crew’s food, or spoilt some of the cargo, so its task would have been a crucial one. Shipwrecks are almost invisible to the public, and raising awareness of marine sites such as the Cattewater Wreck is a key challenge.”

Name the dog from the Cattewater Wreck

If you are aged 5-16, you could come up with a name for the only known victim of the wreck, which sank to the bottom of Plymouth Sound in around 1500.

The dog would probably have had a handler amongst the crew, who would have helped it hunt for rats in the bowels of the ship.
Find out more about the competition 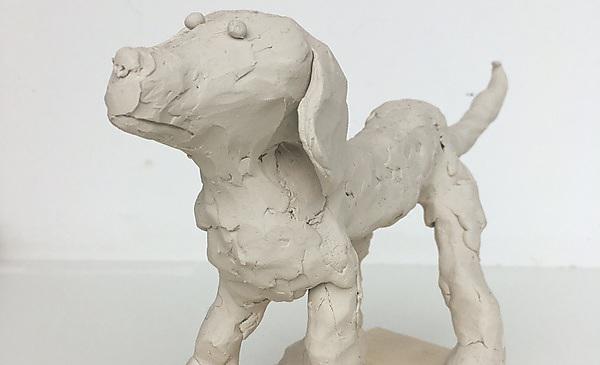