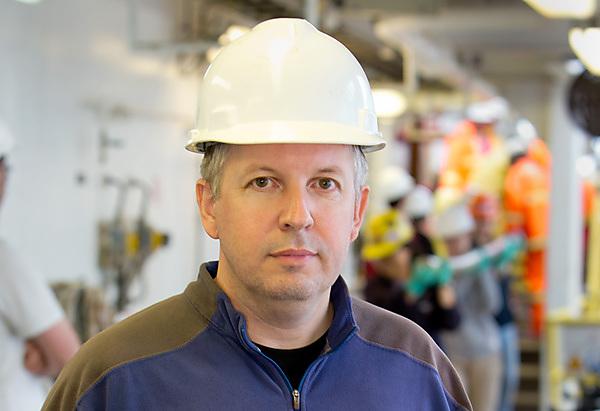 A leading academic from the University of Plymouth has been appointed as Chair of a prestigious international scientific committee.

It means the ESSAC Office will be hosted by the University for two years from January 2018, and will be supported by a full-time Science Coordinator based in Plymouth.

This is the first time ESSAC has been hosted in the UK for more than a decade, and Professor Morris’ appointment builds upon his extensive ocean-going experience. He was also an ECORD Distinguished Lecturer from 2014-2016. He said:

“I’m delighted to be appointed as the next Chair of ESSAC, and to have the opportunity to host its office here in the UK. Having represented the UK on ESSAC for several years, I have seen the vital role this committee plays within the European Consortium for Ocean Research Drilling and the International Ocean Discovery Program (IODP). I’m hoping my appointment will raise further the international profile of the University in marine geological research and help highlight the wide range of outstanding IODP-related science we conduct.”

ECORD is a consortium of 15 member nations and one of the main contributors to the IODP, the world’s most successful collaborative research programme in the Earth sciences.

ESSAC is responsible for the scientific planning and coordination of ECORD’s participation in IODP, and manages a competitive international process that selects the best scientists to sail as part of each IODP expedition’s onboard Science Party.

These expeditions have previously attracted a number of Plymouth participants including Dr Michelle Harris and Dr Hayley Manners, who have examined seawater/oceanic crust interactions and the origin of the deep biosphere. Professor Simon Belt is due to co-lead an ambitious paleoceanography proposal for drilling in the Scotia Sea and Iceberg Alley off Antarctica in 2019.

“In my view, ESSAC is one of the most democratic organisations in science management, with all 15 delegates working together to ensure the joint success of our national scientific communities within the wider IODP framework. Indeed, close cooperation like this has been the hallmark of successive phases of ocean drilling for over 50 years, and is a fantastic example of how ‘big science’ breaks across political boundaries to link our communities.”

Explore the interdisciplinary research carried out within Earth sciences.