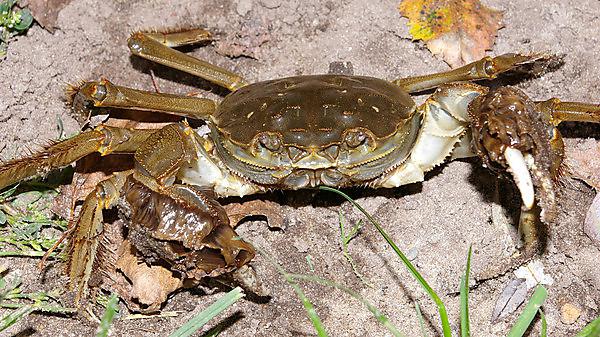 Accidental introductions of non-native species has been of increasing concern since the 1980s when human-mediated transportation, mainly related to ships' ballast water, was recognised as a major route by which species are transported and spread.

A review just published by PML Applications Ltd (the wholly-owned subsidiary of Plymouth Marine Laboratory, PML) and the University of Plymouth, brings together and updates evidence on invasive species for the NE and SW Atlantic Ocean, in order to assess the risk represented by the shipping trade between these two regions.

The study found that the pathways most frequently recorded as transporting invasive species are ballast water and biofouling for both regions, while aquaculture has also been a very significant route of introduction and spread of invasive species in the NE Atlantic. It also established that the number of non-native species that have become invasive with high ecological impacts are 44 in the NE Atlantic and 15 in the less well studied south-western Atlantic.

“This study comes at a pertinent time, providing further evidence to highlight the importance of the IMO Ballast Water Convention, which has recently reached 53 per cent of world merchant shipping tonnage and will enter into force on 8/09/2017. Though countries such as the UK have yet to sign up, the convention remains a landmark step towards halting the spread of invasive aquatic species, which can damage biodiversity and local ecosystems, as well as potential economic problems.”

For example, Chinese mitten crabs are officially listed as one of the World's 100 worst invasive species. They can cause damage to fishing gear and river banks, block intake screens, modify natural habitats and compete with native species, and it is this economic and ecological damage that makes this crab such an unwelcome arrival.

The full extent of these exotic pests in English and Welsh waters is currently unclear and a consortium of research institutes is requesting mitten crab sightings from members of the public, anglers and waterway workers, to clarify the distribution of this species.

Professor Jason Hall-Spencer is coordinating the UK-Brazil collaboration. He says:

“An estimated 10,000 marine species are transported around the world in ballast water every day. This sometimes causes outbreaks of diseases such as Cholera in which 1000s of people die, and commonly introduces toxic algae which can cause massive kills of aquatic life. I would hope the UK signs up to the United Nations ballast water regulations to help secure healthy productive seas.”

Our research, education and facilities 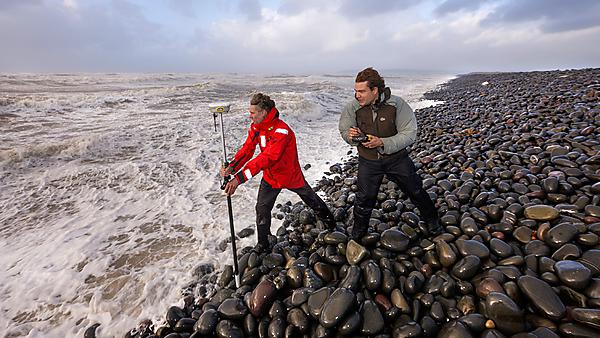 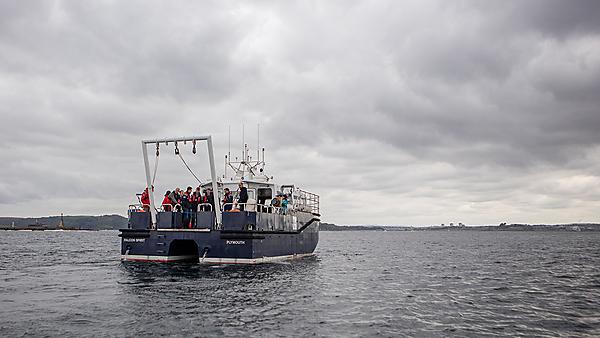 Research and its societal impact are the foundations of Plymouth University’s Marine Institute and we are rightly proud of the world-class and exciting work produced by the staff we represent from across the University. The majority of our work is targeted at providing solutions, be that advising on the management of Marine Protected Areas, assessing how the development of commercial species will respond to ocean acidification, how we can prevent people drowning within rip currents or how best to optimise the use of containers at sea.

By understanding the ways in which human activities alter the environment, we can work to develop better predictions for understanding and protecting our environment. Here are just a few examples of how our research has made an impact at a regional, national and international level.

The Marine Institute is a partner of the Devon Maritime Forum which is a strategic partnership that facilitates communication between stakeholders, providing a coherent voice for maritime Devon. The Forum aims to deliver sustainability for Devon’s coasts and seas by championing marine issues and wider marine management actions. The Marine Institute is also lead partner of a project monitoring the effects of closing 206 square kilometres of Lyme Bay to scallop dredging. The project has been measuring the recovery of the seabed species and assessing the socio-economic impacts of the closure.

Our Centre for Marine and Coastal Policy Research is a leader in the field of marine ecosystem services valuation. Dr Steve Fletcher, the centre’s director, coordinated a research project for Natural England to identify the marine ecosystem services that are delivered by the habitats and species likely to be included in Marine Conservation Zone (MCZ) designated sites. The research findings illustrated the pathways through which society benefits from their existence and healthy functioning in the marine environment. A team from the Centre was also commissioned by The Wildlife Trusts to identify and value the ecosystem services provided by the recommended MCZ network. This work contributed to the evidence base presented to government concerning the designation of an MCZ network in England.

Professors Martin Attrill, Richard Thompson and Jason Hall-Spencer have all provided advice to United Nations panels looking at various aspects of environmental policy. Marine Institute members currently sit on five working groups for The International Council for the Exploration of the Sea (ICES) – a global organization for enhanced ocean sustainability. These expert groups are composed of nationally nominated experts that help fill gaps in marine knowledge related to issues of ecological, political, societal, and economic importance at the pan-Atlantic and global levels. Projects include implementation of the Marine Strategy Framework Directive and development of the European Integrated Maritime Policy.

Students on marine courses at Plymouth University have access to our state-of-the-art research laboratories and equipment, particularly in their final year project and in addition to excellent teaching facilities such as a recently refurbished library, modern lecture theatres and extensive computing provision. Courses are often accredited by relevant professional bodies and have a strong hands-on theme; the University is recognised as a leader in experiential learning – fieldwork, for example, is a vital and important component of environmental degrees. Away from the city campus, the natural harbour of Plymouth Sound, with its sheltered waters, provides a unique opportunity on our doorstep to study aspects of the sea. It also offers unparalleled recreational opportunities for students, who can access the marine environment through our new Marine Station and Mount Batten Watersports Centre. The City has also constructed one of the largest sports centres outside London, the Life Centre, which includes a 50 metre Olympic standard pool part-funded by the University. Plymouth is renowned as a centre for aquatic and marine sports and the Marine Institute supports a range of student and local marine and sporting activities.

Innovation is the catalyst for growth in any organization. Gaining access to world class facilities, technical expertise, as well as student and graduate talent are essential factors in allowing businesses to translate their ideas into commercial reality. Plymouth University Marine Institute is well placed to support the transfer of knowledge, skills and expertise, and to help develop new products, processes, applications, materials or services. By working in partnership, the Marine Institute ensures businesses have timely access to cutting-edge science and equipment while our academics and students keep in touch with the latest industry practices.

To help provide a customer focused service, the Marine Innovation Centre (MARIC) has been established with financial support from the European Regional Development Fund (ERDF). The MARIC knowledge exchange team is based in the Marine Institute, with an outreach office at the Bristol and Bath Science Park. Our people support inventors, entrepreneurs, new and existing Small and Medium Sized Enterprises (SMEs) aspiring to work in any of the Marine Sectors, as well as supporting inward investors.