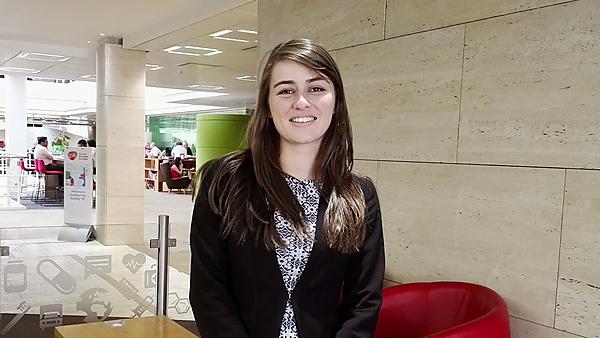 I am currently undertaking a placement year at GlaxoSmithKline where I am working as a Clinical Statistician in the Respiratory area. I work on studies whose primary objective it to test the efficacy and safety of COPD (Chronic Obstructive Pulmonary Disease) and Asthma drugs in Phase III trials.

Throughout my time at GSK I have been involved with writing report and analysis plans (RAPs) which detail all of the statistical analyses, tables and figures we will produce and how they will be produced, developed my programming skills by using SAS (Statistical Analysis Software) on a daily basis and spent time researching various statistical tests and techniques in order to analyse various data.

I have even had the opportunity to attend statistical conferences and training courses. I enrolled on an intense two day R code course where I was able to build on my existing knowledge of R learnt throughout the first two years of my degree at Plymouth. I’ve also participated in many statistical training sessions including Bayesian Techniques, Handling Missing Data and Network Meta Analysis, some of which are outside the scope of the course.

The modules I studied in my first two years of University set me in good stead for my placement year. I had good exposure to R which meant I could apply this programming knowledge to SAS and build on it during the R code course. I was also familiar with many of the statistical techniques used to analyse the data due to my second year regression module. Since I had the opportunity to be involved with extracurricular things whilst at Plymouth such as being a PALS (Peer Assisted Learning Support) leader I also had experience of talking in front of a group of people, organising my time effectively and explaining things in a clear, logical manner, all of which are vital soft skills in industry.

My year in industry has been full of incredible opportunities and experiences that are only accessible in the work place. Now that I have completed my placement year I could not imagine not doing one! Not only have I immensely developed both my technical and soft skills, networked with people from all over the pharmaceutical industry and significantly improved my employability but I also now have a clear career path. I would like to study for an MSc in Statistics once I have completed my final year at University and had I not embarked on this year in industry it is almost certain that I would be doing something else, which probably would not have suited me as much.