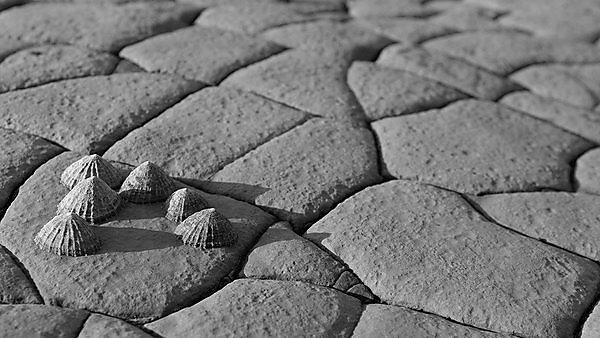 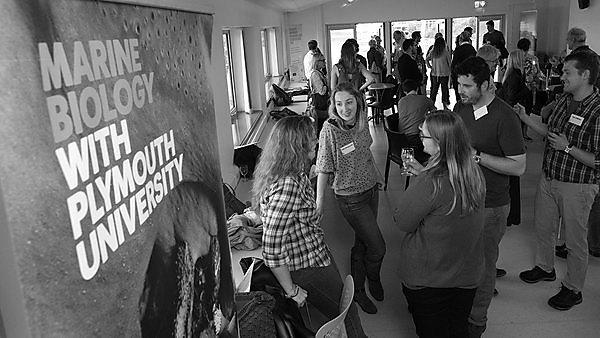 It's been more than 20 years since the first students graduated from the University’s marine biology degree – an anniversary that drew alumni from around the world to celebrate and reflect upon its success. From the United States, Japan and across Europe they gathered, answering the call of Associate Professor Colin Munn, an academic who has been central to the development of marine biology as a hugely respected and popular course at Plymouth.

A drinks reception at the waterfront Marine Station was a fitting venue for the launch of the event, which continued over a weekend of staff and alumni talks and trips to Mount Edgcumbe. And the theme that emerged most strongly was one of remarkable career paths and serendipity.

“In all of the talks there was a recurrent theme: careers are not easy, and the path is not set,” said Camilla Bertolini, a 2012 graduate, now working as a marine biologist and studying for her PhD. “If you start doing one thing and you don't like it, don't worry, you are not stuck there. You can take what you have learned and make it useful in a slightly different position, or change your field completely.”

Another graduate, Holly Morgenroth, is one such a person. She realised at an early stage in her degree that she wasn’t cut out for a career in and on the water, but thanks to the voluntary work she undertook during her time at the University, she was able to apply her love of the marine environment to the world of museums. She said:

“Over a couple of years I used knowledge from my degree to help with all kinds of collections work and public outreach, and it was very rewarding. I had found my career path. I am now Collections Officer at the Royal Albert Memorial Museum & Art Gallery in Exeter, specialising in natural science.”

A number of current undergraduates had the opportunity to hear from their predecessors during a day of presentations, each providing valuable insight into how they have used their degree in their careers. There were also talks given by academics such as Dr Geoff Wigham, who explained the origin and development of the degrees, Professor John Spicer, and Dr Oliver Tills, a research fellow working on cutting-edge bio-imaging systems.

The alumni weekend also provided an opportunity for many people to bid farewell to Colin, who retired at the end of the academic year. Among them was Andy Osborn, a mature student, who paid tribute to his work as an admissions tutor. Andy had been a retired software engineer when a trip to his daughter’s graduation on the Hoe had set him thinking about taking up a degree in marine biology. Now he undertakes volunteering projects around the world.

“I met Colin at an open day and he reassured me that I wasn’t mad in wanting to apply,” he said. “And it has proven to be a life-changing decision. I left behind all of the experience I had come to rely on in my career, and I went back to learning and absorbing information. It has changed my whole outlook on life.” 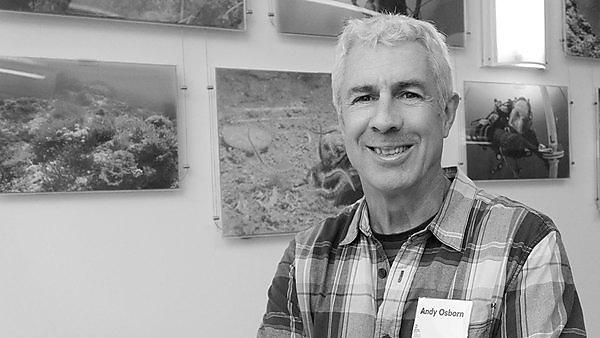 "I’ve always been fascinated by the interplay between microbes and their hosts,” says Colin Munn, Associate Professor of Marine Biology, and a pillar of the University’s teaching and research community for more than 40 years. “And in particular, the positive interactions; the fact that animals have a resident population of microbes and that this has been so important in their evolution and development.”

Something like 4,000 students have been able to share Colin’s knowledge and enthusiasm for microbiology over a teaching career that began when he joined the then polytechnic in 1974 as a lecturer, straight from a PhD in Microbiology at the University of Birmingham. And now that his final academic year is over, it is those undergraduates that he will miss the most.

“They have been a delight to teach, and have been very appreciative of what they have learned,” Colin says. “The final few weeks were really quite emotional, and one of the most touching things was that a colleague contacted a number of graduates around the world, and they sent recorded messages that were played on a big screen at our conference for final year students.”

While teaching and admissions have been his main areas of focus in recent years, Colin, a former Head of Biological Sciences, has still enjoyed an active research career, during which he supervised a number of PhDs, and worked on a range of projects, many in collaboration with neighbouring Plymouth Marine Laboratory and the Marine Biological Association, as well as collaborators in Australia.

“I am incredibly grateful for the wonderful colleagues I’ve had,” he says.” I have been really fortunate to work with people who are so enthusiastic about research, and about sharing those ideas and the excitement of the subject, with students.”

Removed from the rhythms of graduation and induction, Colin says he is looking forward to a “period of reflection” but warns that he “will not sit still for long”. So he’ll be updating his textbook (Marine Microbiology: Ecology and Applications) for a third edition, and undertaking some other academic writing. And he’ll be there for the School of Biological and Marine Sciences if it should need him.

“I’ve seen many institutional changes,” he reflects. “And I’m delighted that I’m back again in a School of Biological Sciences that is now integrated with the marine sciences. In that sense, my career has come full circle.” 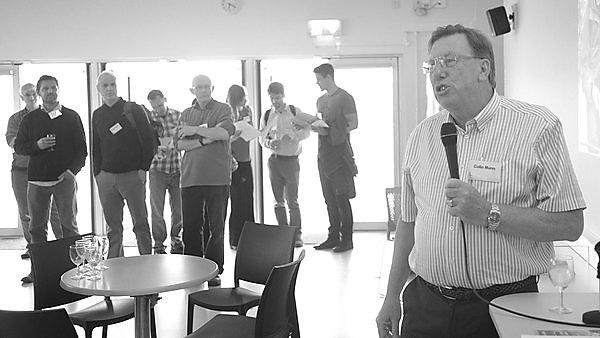