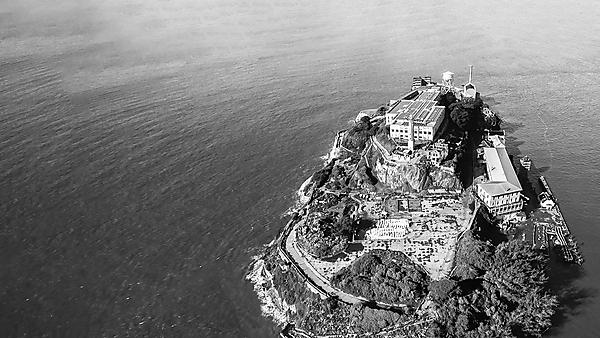 Speeding towards the solitary island of Alcatraz in San Fransisco Bay at 8am on 20 November 2021 was both intimidating and spectacular.
The waves crashed against our Pier 33 shuttle boat as it darted through the dispersing fog, which clung to the morning like a blanket of despair. I tried to imagine the thoughts of those criminals that had made their way to this isolated place. Even the likes of Al Capone and George ‘Machine Gun’ Kelly must have felt some terror as they pulled up alongside the menacing guard towers and the off-white looming lighthouse that projected safe passage and a warning to stay clear to passing boats.

A place designed to withhold the worst criminals of the USA, it is said ’if you break the rules you go to prison; break prison rules and you go to Alcatraz’.

On this morning, it is clear to see why. Iron cages, sharp rocks, cascading cliff faces, razor wired fences, armed guards and freezing, treacherous waters are but some of the defences the mainland population had against these dangerous and violent men.
However, Alcatraz Island was, to some, an escape, a chance to form a new life and live out the ways of their ancestors. A people that have been mistreated at the hands of colonial powers for more than 400 years; slaughtered by the millions, segregated, starved, sexually abused and ultimately liquidated into a society alien to them and their culture. Whether by the blade or by the strike of ink, they have been persecuted with the upmost ferocity.

Every year, on the anniversary of the start of the occupation, members of the indigenous community gather upon the island for a commemoration. And so it was, after I had spent some time exploring and breathing in the sense of history, a ceremony of sorts began in a longpillared hallway. 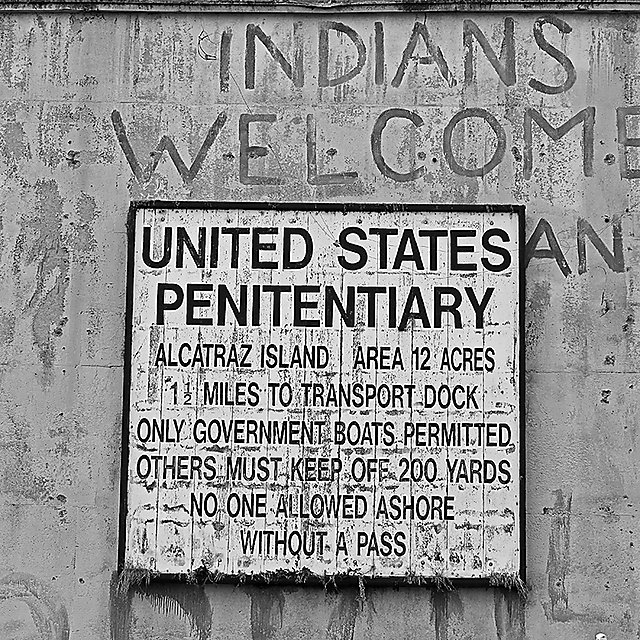 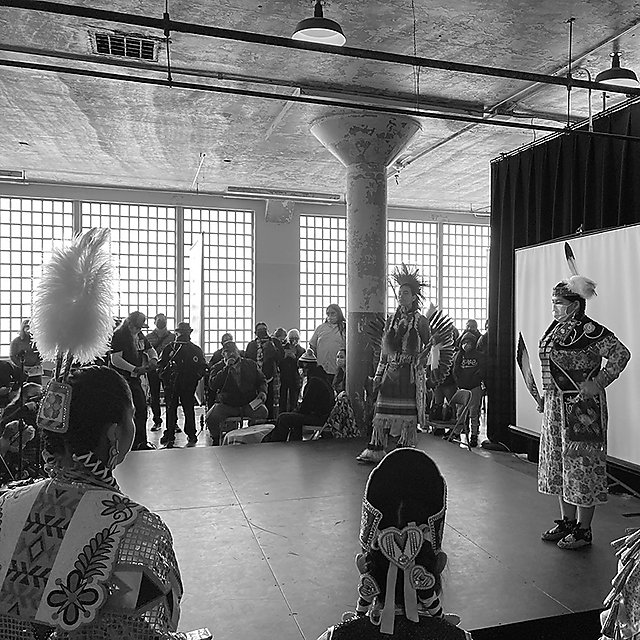 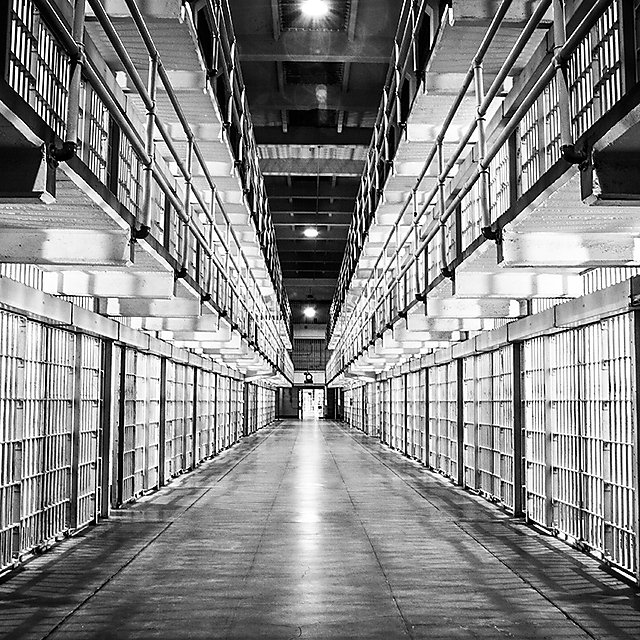 On 20 November 1969, an unarmed group of Indigenous peoples occupied the Island, after several previously unsuccessful attempts. This occupation lasted until 11 June 1971, making it the longest peaceful occupation on American soil.

Their actions were not only supported by the fact that the land was theirs morally and historically, but also by the Treaty of Fort Laramie, which, like more than 500 other treaties, was not upheld.

The occupiers of Alcatraz used this treaty as a tool in a righteous attempt to dismantle the US government’s opposition to this protest, and their stolen lands, and to revitalise their dying culture that has been destroyed at the hands of capitalist colonial powers.
This trip to Alcatraz Island was an eyeopening experience and one that I will never forget. It truly made me realise that although recent racial tensions across the Western world have sparked awareness and in some cases justice, the true living victims of previous crimes are often overlooked. Indigenous peoples of the world are today faced with outstanding injustices as well as new threats due to climate change.

I would like to thank and recognise Ilka Hartmann, Dr LaNadaWar Jack, William Ryan Jr and Eloy Martinez for their kindness to me, resilience to injustice and strength in adversity, and to Dr Darren Aoki for his constant support.

Jack Smith is a third-year undergraduate on the BA (Hons) History degree.