A shop door opens and a brilliant ray of sunlight kisses a glass sign, reflecting dazzlingly into the camera. A man sits at a desk intricately sketching a series of buildings, which cut and dissolve to evoke the passing of time. Viscous black ink is poured, creamy white paint swirled and gossamer delicate gold leaf applied to glass. A scalpel etches texture, and shavings take flight as a planer runs down a length of wood.

During the course of the two-minute film sequence, a portrait of the artist David A Smith MBE emerges, along with a celebration of supreme craftsmanship, both in front and behind the camera.

Its creator, filmmaker Danny Cooke, is today sitting in his makeshift studio in the living room of his home in Paignton. He pulls a phone from his pocket and reads a message he’s recently received from the world-renowned sign-maker. 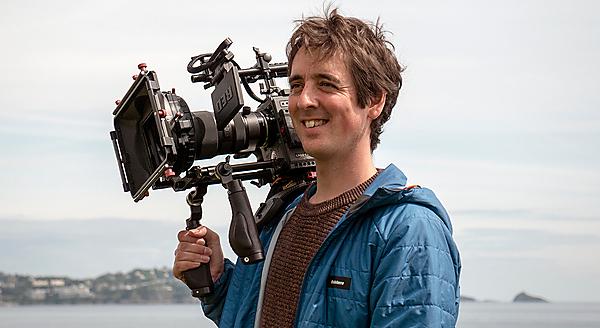 “Danny, man, the friends I’ve shown are so blown away. The funny thing is, everyone says how good the film is – but not my craftsmanship!”

Even through the desaturated gloom of our Zoom call, you can feel the warmth in the smile that appears on Danny’s face. Among the many films he’s made since he graduated with a First from the University’s media arts degree in 2013 – the commercial shoots for global brands and the award-winning creative portraits – this one really matters. This sequence may only be a sneak preview of what is to come, not even yet a trailer, but it’s nevertheless mesmerising.

“I started my filmmaking career by shooting a piece on David and that was my first-ever ‘Staff Pick’ on Vimeo,” he says. “We’ve shot several more since, but this latest film is our most ambitious. For the past three years, I’ve followed the development of what might be his defining work. When it’s finished, I’m hoping it will not only be my finest work from a technical perspective, but it will have revisited and redefined those earlier films.”

Films on Smith may currently bookend Danny’s career, but there has been no shortage of interesting work in the middle. From his haunting Postcards from Pripyat, Chernobyl to his rich character studies (in collaboration with Amanda Bluglass), Ray: A Life Underwater and Viva. Punk, Rebel. 82, Danny has developed a reputation for making short-form films that capture both intimate detail and texture as well as panoramic scale.

“I aspire to people like Roger Deakins,” he says of the Oscar-winning Devon cinematographer. “You have the Hollywood style, which is very artificially lit. And then you have artists like Deakins who play with natural light and use lots of backlighting. Look at his latest work on ‘1917’, for example. To create the natural look of a burning church they made a massive wall of lights of a similar height. They then used tungsten Fresnel lenses to create the sense of flame. A lot of my work takes visual cues from his.” 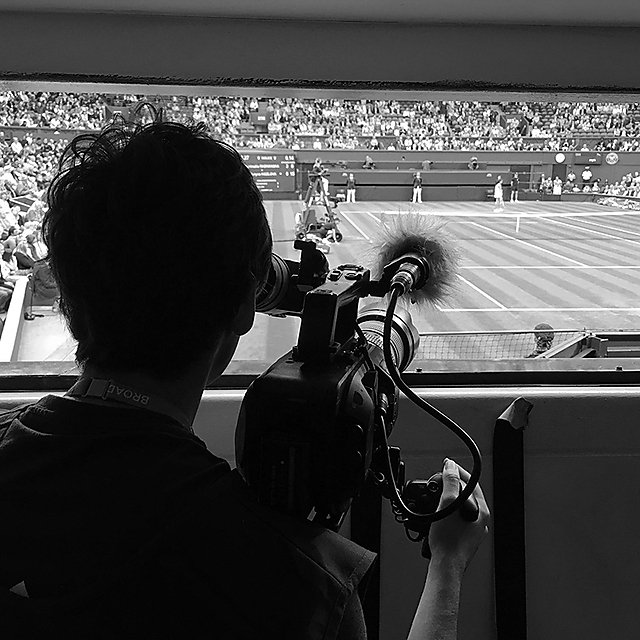 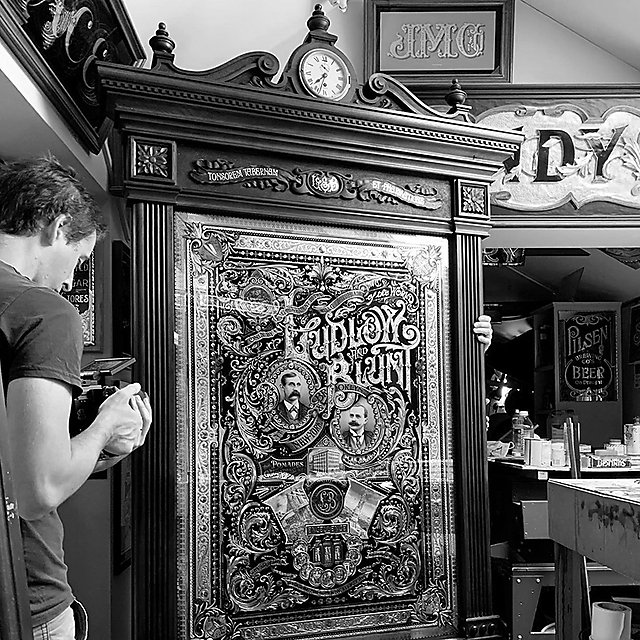 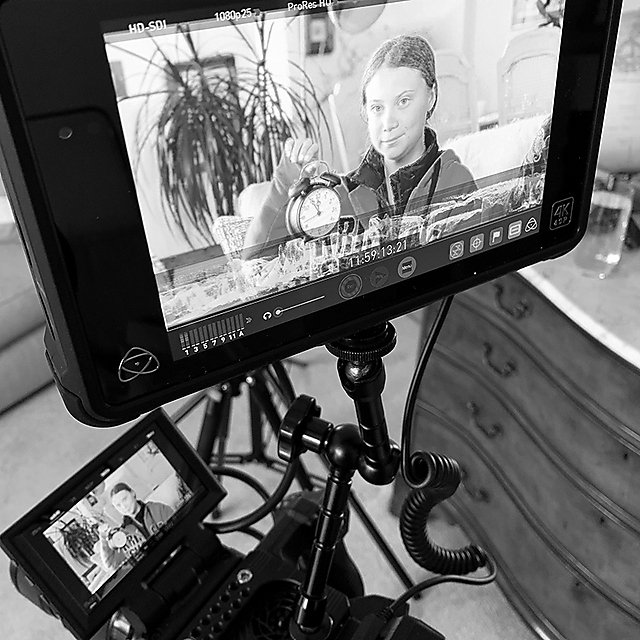 It’s a craft Danny has consciously striven to develop from the moment he enrolled at the University as a mature student more than a decade ago. Initially, having left school, he established himself as a freelance computer troubleshooter for a local store, visiting clients in their homes to fix their technical issues. But after seven years of ceaseless warfare on computer viruses, Danny was desperate for a new start, and so turned his sights to filmmaking, an art form that he’d experimented with as a teenager.

“At school, I’d been involved in the machinima scene, which is where you use videogame graphics to create short films,” he recalls. “And around the time that I started looking at possible courses, I had just finished the first piece with David Smith. I saw that Plymouth had a degree so I enrolled on the BA (Hons) Media Arts in 2010, and that was the start of a great time for me.

“During the first year, I slowly phased out my computer customers, so university was not just a learning period but a transitional one in my life. What was particularly great was that my lecturers saw that I was a very practical, skills-based student, and they helped me to bolt-on the theoretical side. I gained experience in photography and sound design, and had the opportunity to consider why it is I do certain things – and that has been very important for my growth as a filmmaker.”

The University was also where Danny met Amanda Bluglass, an Associate Lecturer on the course and an award-winning freelance director and producer. Amanda was immediately impressed by Danny’s film on Smith and asked him to join her on the 2011 project, Ray: A Life Underwater.

Danny was director of photography and editor on the 14-minute film, which introduced the world to Ray Ives, a retired saturation diver, whose colourful life at sea is enshrined in his remarkable collection of historical artefacts – from World War Two ammunition to centuries-old coins.

“When I look at a project, I ask, ‘What are the ingredients I have to work with?’” Danny says.“ Recently I had to make a film on COVID and my ingredients were a terrible looking beige kitchen and some awful lighting – but you still have to find a way to bring that together to make something special. With Ray, he was such an amazing character that you’d have to be so careless to mess it up. Every moment was golden; it all had so much texture, so it was a great project to go into.”

The film won 18 international awards including Best Documentary at the Super Shorts International Film Festival in 2011, and Best Adventure Film at the 2012 San Francisco Ocean Film Festival. It cemented a partnership – and friendship – with Amanda that endures to this day. Indeed, they have just completed a very different project during lockdown – an art installation at a renowned fish restaurant in Adelaide, Australia. The pair ‘trawled’ through their archive of watery footage, including their film Beneath, shot with Olympic diver Tom Daley, to create an aqua themed artwork that would fit a challenging 10×1-metre screen.

It speaks to the variety of work that Danny now undertakes, whether working as part of a crew on huge corporate shoots for the likes of Renault or Ralph Lauren, or running the show on local jobs for Paignton Zoo or the Cornish Pirates Rugby Club.

“I’m in a good position where I do not need to actively look for work,” he says. “Most of what I do is repeat business that comes through my agent in London, my website, or through local companies. I like the local jobs, but there are not enough of them to sustain a business. So I look outside of Devon and have been fortunate to have had some memorable international experiences."

Through such work, Danny has documented a broad spectrum of life. The manicured lawns of Wimbledon; vulnerable children at Plymouth Music Zone; Formula One cars in full throttle; Philippine families living in squalor; and supermodels sporting De Beers diamond rings.

His most memorable experience was undoubtedly in the Ukraine, when he was hired to film a ‘60 Minutes’ segment for CBS News at the Chernobyl Exclusion Zone, for the 30th anniversary of the nuclear disaster.

“I was always fascinated by the tragedy because, as a family, we had been living in a part of Italy that was in the path of the fallout,” he says. “I was aged just one at the time, and when word came of an approaching dust storm, my parents rushed out to find canned milk at the supermarket.”

Accompanied by a guide, Danny was able to explore the iconic abandoned city of Pripyat and acquire a remarkable amount of footage, using drones to capture the full extent of how nature has reclaimed it in the absence of humans.

“There is this shot that I filmed with the drone that looks like you’re in a forest – and then it pans back to reveal it’s the main street,” he says. “We went into buildings, schools and hospitals with children’s masks all over the floor. You can feel the whisper of history – in fact, I had this serene sensation unlike anything I have ever known."

Danny used the footage to create Postcards from Pripyat, Chernobyl (2014), a video that has now been viewed approximately 20 million times online. At one point, Danny was trending number one on Facebook, and his film has since been devoured and appropriated in countless other forms of media.

“Someone did a shot-for-shot comparison between the film and a level in the remake of the videogame Call of Duty: Modern Warfare – and it was remarkably similar,” he says. “But the film’s success certainly helped the careers of all of us who were involved.”

For Danny, that career of his continues to develop and pose new questions and challenges. How, for example, does he continue to balance family life in South Devon with the need to travel in a world currently ribboned with restrictions? What audience is he aiming for with the David A Smith film, and who would be the best distributor? And how does he incorporate the latest trends into his work, such as the ultra-short content form popularised by social media?

“You always have to be open to change and to new influences and inspirations – and my work and my practice have clearly evolved over the decade,” he says, reflecting upon the issue. “But underneath, I’m still inspired by those elements of water, fire, or light, and their fluidity. Ultimately, it’s about searching for that balance amid the breaths and the beats of the film.”