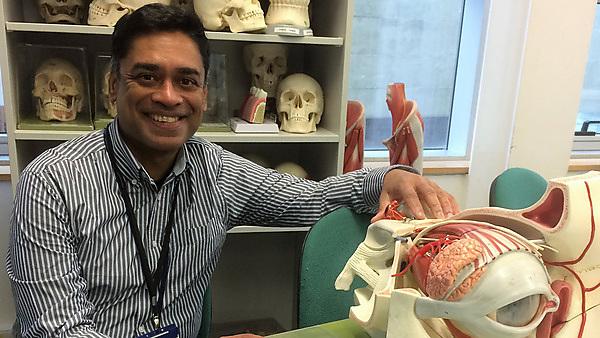 Associate Professor in Biomedical Sciences Dr Poorna Gunasekera recounts the three-week ordeal that saw him hospitalised with COVID-19 – and the strength he took from being treated by three former students.

COVID-19 came to our household on 19 March. My daughter and her boyfriend had arrived two days before, from London, and both developed a sore throat, which was followed by a loss of smell and taste. Although the symptoms were atypical, we decided we should self-isolate. I developed general aches and pains as well, but over the weekend I started to feel much better. At this point I was actually congratulating myself for getting over whatever it was I had had.

However, during the week, I was facilitating a discussion with ten medical students from home, as we had moved to the online format by then, when I started to feel really bad. I made it through the session and at the end, I went to my bedroom to sleep. I had bad stomach problems, and over the next seven days I lost 6.5kg as a result of diarrhoea. My partner, who was also self-isolating in Truro, told me to go to the doctor, but I resisted. I knew I had COVID-19, but I also knew it was a small percentage of people who develop serious symptoms.

On the ninth day of illness, in spite of my resistance, my daughter insisted on checking my temperature and it was 39 degrees, which I knew was higher than it should be this far into the disease, although I didn’t feel feverish.

My daughter called 111. I was still in denial, claiming that the temperature was due to sleeping under an electric blanket. Thankfully, they did not quite buy that. They asked me to keep myself hydrated and said they would get Devon Doctors, the urgent out-of-hours GP service, to call us within six hours. I got a lot worse during that interval, and although I had never been in hospital as a patient before this, all my resistance to going there melted away.

When the call did eventually come, I was very honest about my situation. They arranged for me to be picked up by ambulance, which came within 30 minutes.

One positive of all this was that I knew Derriford is where all our students are trained, and it has a great reputation.

In hospital I had two tests done. The first one actually came back negative, and while I was waiting for the result, a nurse said there was a doctor outside the room who wanted to talk to me. It turned out to be a former student, Jenny, who said if I was tested COVID-19 positive, I would be transferred to her unit.

The thing is about being in a hospital environment at the moment, of course everybody is wearing a mask so you can’t see their faces. However, you can see a smile in people’s eyes. It made a big difference to me to know that the people caring for me, some of them at least, were our own former students who I had helped train.

The second test came back positive, so at 4am I was taken to the red zone – a new area in Derriford that is a level below intensive care, but where they can do a lot of the same things. There I was treated by Jenny as well as another former student, a nurse called Gertrude, who were just fantastic.

I was also helped by yet another former student, a doctor called Tori. She was working in a specialist respiratory ward, but was sent to the red zone to take a sample of Arterial Blood Gases (ABG), a procedure which is fraught with danger and can be very painful. But she did it to perfection, she was absolutely amazing. All three of them were wonderful and it gave me great strength to know they were there. I must say all the staff who treated me at Derriford, who represented a multitude of professionals within the NHS, were uniformly excellent.

It was around this time that I had what was one of the most profound experiences of my life. My need for oxygen kept going up and up until I was getting eight litres a minute. I knew that if I needed more I would be taken to ICU, and my chances of coming out again would be fifty-fifty.

We have five ‘special senses’. Everyone knows the first four: sight, hearing, smell and taste, but the fifth, which is hardly mentioned is proprioception, also called ‘joint position sense’. While I was in the red zone, suddenly, that was switched off and although I knew I had motor skills and could move, I had no feeling of where my body was. At that point all my worries that I had been feeling, for my daughter, my partner, even my dog, also disappeared.

I felt at the time that this was victory, but now I realise it was actually the closest I came throughout the whole thing to being knocked down.

However, gradually my oxygen need came down and soon I was transferred into the amber zone, and into a ward with three others. I was let out on 9 April, and I’m very lucky to have my daughter and her boyfriend here to look after me.

My recovery is a case of two steps forward and one step back. Some days I feel OK, but others I am extremely tired. The virus is very nasty and I would urge everybody to be really careful. My biggest worry now is that I’m still carrying the virus, and I might infect others.

Now I have come out the other side, I am just so proud of all our present and former students like the ones who looked after me. The University has one of the widest portfolios of health training anywhere, covering everything under the sun, but it’s not just what our students learn.

What sets us apart is the collective attitude, the focus on patient needs. When I was being cared for, despite everything that was going on around me, I felt as if all they were doing was looking after me.

We are creating a generation of healthcare professionals who really understand how to connect with people, and how important that is. They know the limitations of knowledge, and they know disease manifests differently in every patient. Nothing is ever exactly the same for any two people, and this gives them a sense of humility. They are willing to be honest and say ‘we don’t know everything’. That attitude also helps them look for the patient’s priorities and needs and respond to them, instead of focusing on their own objectives.

I have recently also been appointed Associate Dean (International) in the Faculty of Health. What I want to say to parents is, you could send your child anywhere in the world to be trained, but I honestly believe we are unique. 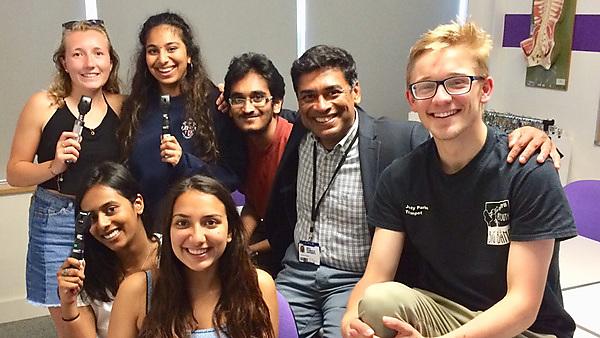 Dr Poorna Gunasekera, a former eye surgeon, with a group of students who had just completed training in opthalmoscopy

Very few universities can boast an entire trust dedicated to training their students exclusively. University Hospitals Plymouth NHS Trust is widely reputed to be one of the top trauma centres in the world and provides the broadest range of specialist services.

Those who train at Plymouth will get much more than just a degree; they will acquire the skills to make the world a better place, as many have started doing already, all around the globe. 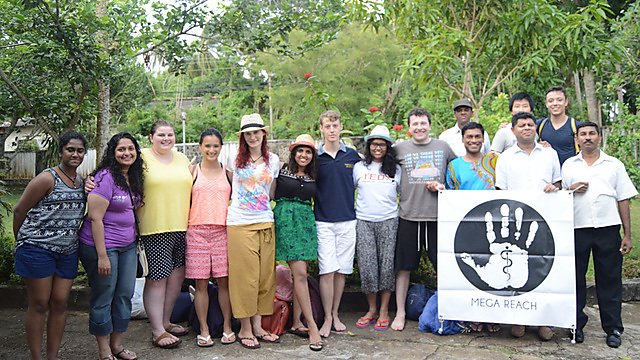 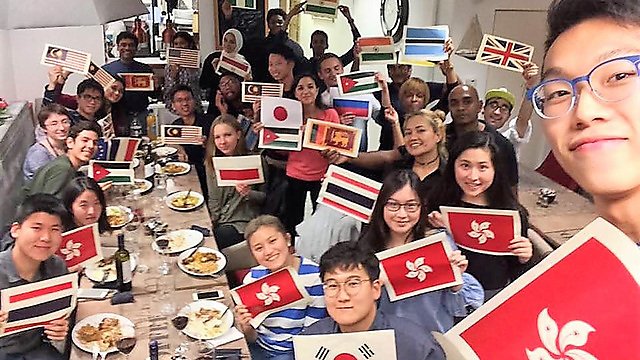 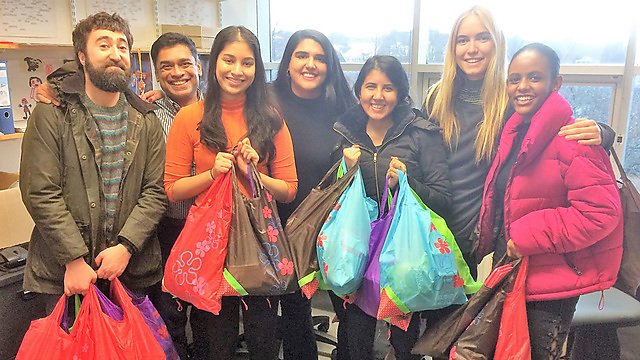 This response has shown our University community’s strong sense of duty and service, and they are acting on that to contribute and to help. 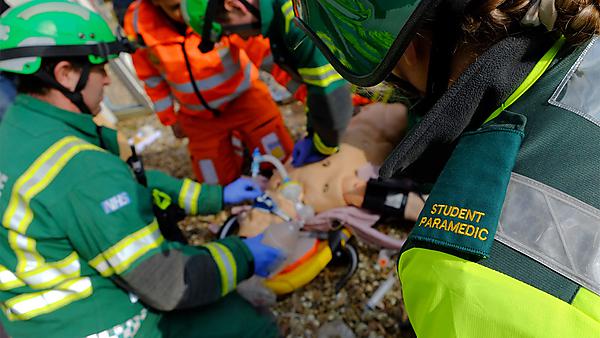