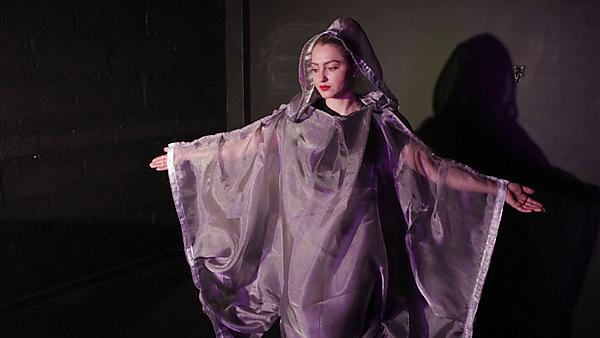 The plot takes place before the arrival of Prospero and Miranda in Lampedusa, allegedly the island portrayed in Shakespeare’s play 'The Tempest'.

Due to premiere at the Contemporary Music Festival Gala Concert on Saturday 23 February, we take a look at the making of 'Lampedusa', the costumes and the cast that will be involved. 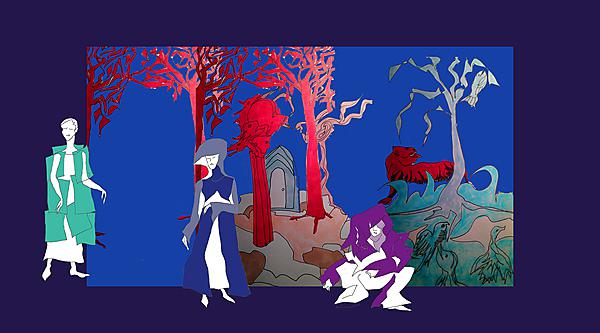 Vōv: The language created for Lampedusa

"Creating a new language from scratch adds another dimension to the creative process: a dimension that has hardly ever been explored in opera before."

David J.Peterson, one of the world’s most famous language creators, renowned for inventing the Dothraki language for HBO’s 'Game of Thrones' and the language used in Walt Disney film 'Thor: The Dark World' - also invented the mythical language Vōv for Professor Eduardo Miranda's opera, 'Lampedusa', soon to be premiered at the Contemporary Music Festival Gala Concert and performed by the BBC Singers.

"The idea to create an opera with a libretto in an artificial language first emerged when I met David at the EG 10 Conference in California in April 2016, and in just three months he had created a work-in progress version of Vōv. He wrote the lyrics for my experimental musical composition which premiered at The Peninsula Arts Contemporary Musical Festival 2017 and has continued to develop this language ever since."

“It’s a really fun and bizarre piece and I think you’ll like it. What we are seeing is a language which is outside of time. And what you will see in the opera is a human who is able to learn the language and use it. It raises an interesting question of what might have happened if humanity had gone in a different direction, using this language as its base.”

Watch David, speaking from his home in California in the video below, discuss the evolution of Vōv and what he used to write the libretto for 'Lampedusa'.
Find out more about David and his language creation. 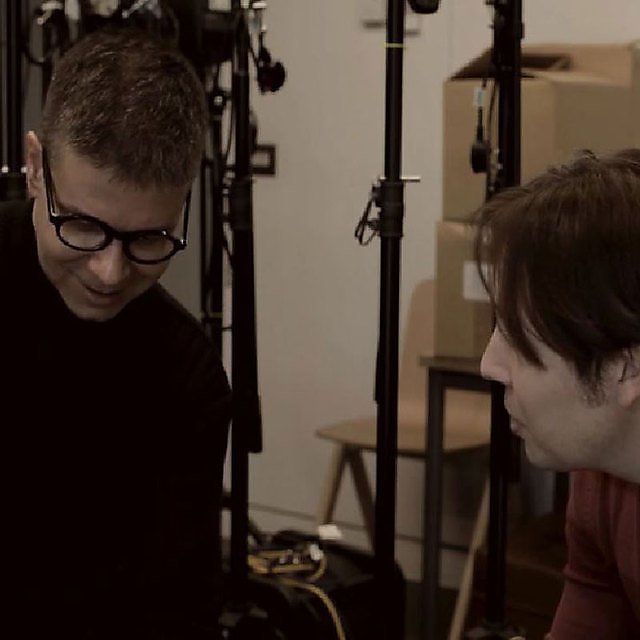 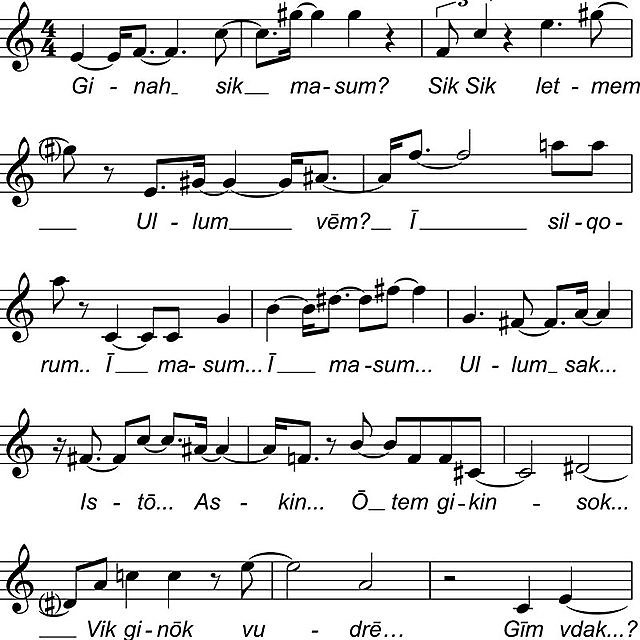 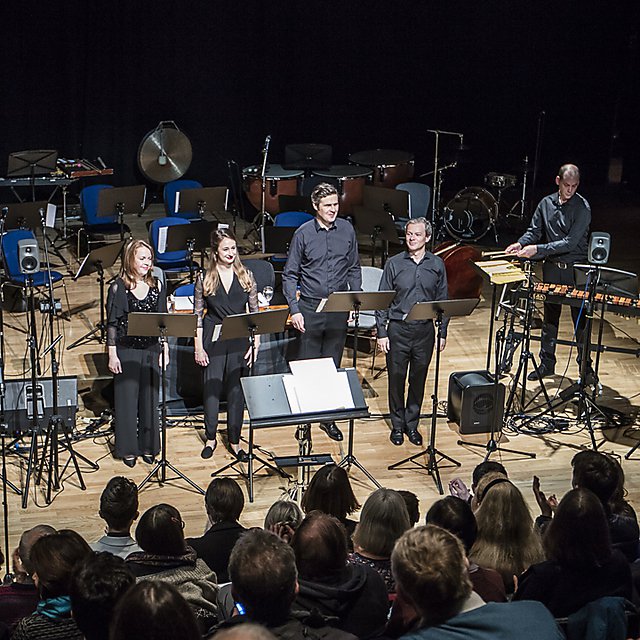 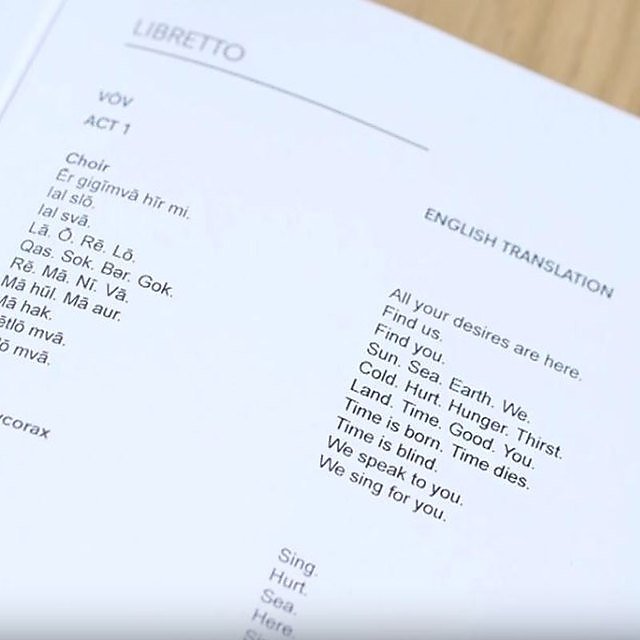 Hayley Bentley, stars in ‘Lampedusa’ as Ariel, a reworking of the original character from Shakespeare’s ‘The Tempest’.

A final year BA (Hons) Dance Theatre student with Plymouth Conservatoire, Hayley is excited to be performing alongside the BBC Singers in the Contemporary Music Festival Gala Concert.

“I’m finding the whole process really interesting, particularly working within the guideline. I think sometimes we have a lot of freedom but working within a guideline is really pushing my movement vocabulary.”

Performing in an opera

“When I first heard the word ‘opera’, I thought ‘Ok, I really don’t know much about this’, and it’s interesting for me to have that kind of reaction because I work with music the most. It’s less and less daunting as the process goes on because it’s given me a new way of considering the music and the phrasing of it. I’ve also been working more inter-disciplinary recently, which has opened me up to new ways of using music - and I’m excited for how they balance out.”

“Being involved with the Contemporary Music Festival has given me a huge insight into networking and engaging in the professional world outside of Uni. It’s both complimented and contrasted from my experience here, because I’ve taken all the things I’ve learnt through the years and then thought ‘Ok I’m still in the safety of Uni and I can use these guys to support me through it’.”

“At this Uni there’s an ethos of working collaboratively which we’ve had this since first year, and I think it’s great to be given these opportunities to try something experimental, try something collaborative, and explore your skills. I came into first year not wanting to do any acting or speaking on stage, and I’ve managed to do that, so this is my next step really.” 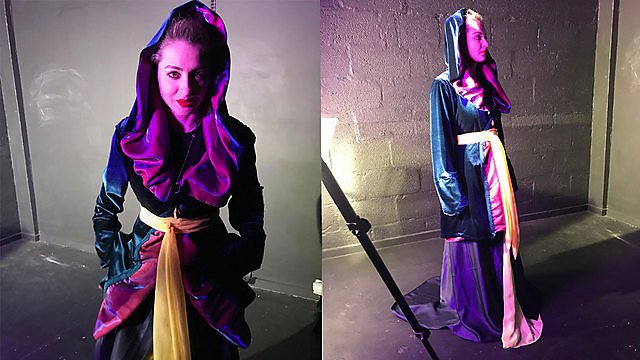 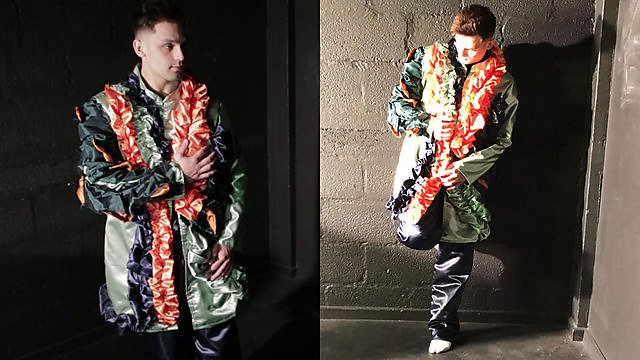 "I wanted to bring out something unique and contemporary to create more of an avant-garde interpretation of these characters..."

Hedy Hurban, Costume designer for Lampedusa, explains in her interview alongside Kaz Rahman - Visual designer, that she has seen many iterations and interpretations of Shakespeare’s 'The Tempest' on stage, many of them portraying the main characters, Sycorax and Caliban, as strange looking. Hedy admits that 'Lampedusa' will show them in a very different light.

"Caliban is half-fish, half-human. I was interested in sourcing textiles that reflected this sea creature by manipulating the fabrics to look as though he has just come from the sea, but in a more flamboyant, colourful way. He’s actually beautiful."

"To tie in with Kaz’s stage design, I wanted to make the costumes speak for themselves. Sycorax is a witch and is normally portrayed as this outlandish character with lots of makeup. However as 'Lampedusa' is more of a surreal interpretation of ‘The Tempest’ I wanted to create a mystical, magical quality to her clothing."

As a Postgraduate Research student in Computer Music at the University, Hedy has been examining how smart technology can be integrated into garments and reveals her excitement at using her research to combine fashion and technology into her costume designs.

"Over the last year, I have spent time researching textiles from Turkey, I was specifically looking at the Ottoman Turkish costume. As a result, all of the fabrics for 'Lampedusa' were sourced there. I wanted to bring out this beautiful texture in the costumes."

"Ariel’s costume will be implemented with technology. We’re going to combine the fabrics with embedded sensors and conductive thread, an interesting leap from my research to doing something that highlights this idea of combining fashion and technology. This is a chance to showcase it in front of an audience; to see how it works and how the audience responds to it." 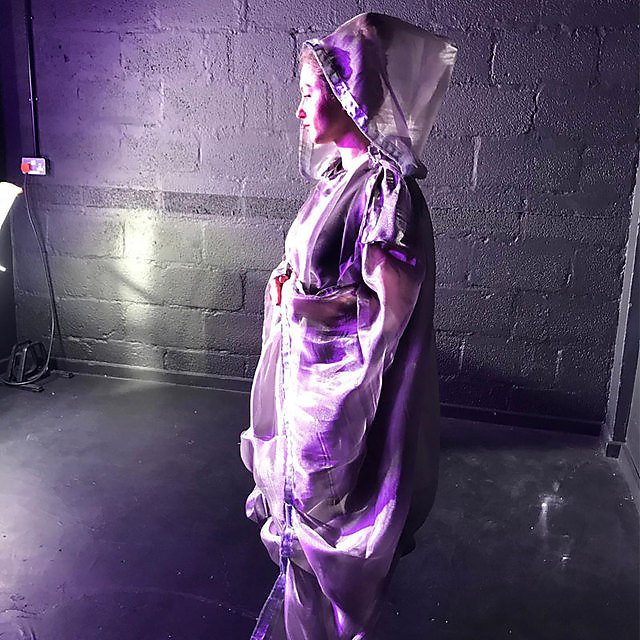 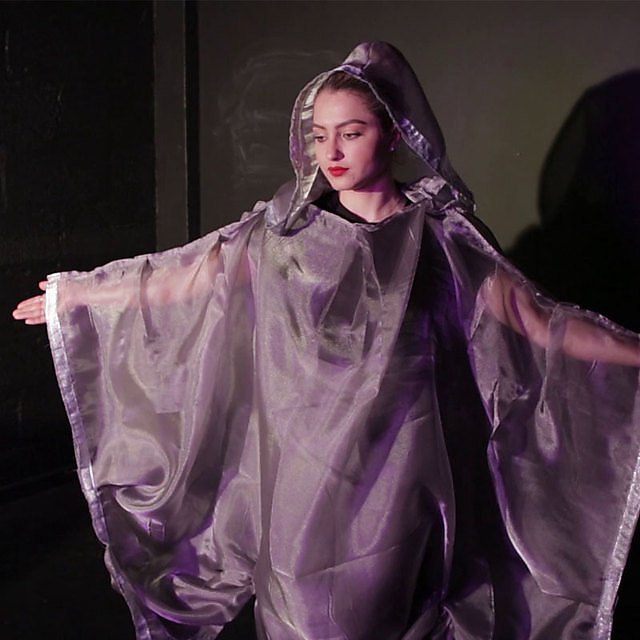 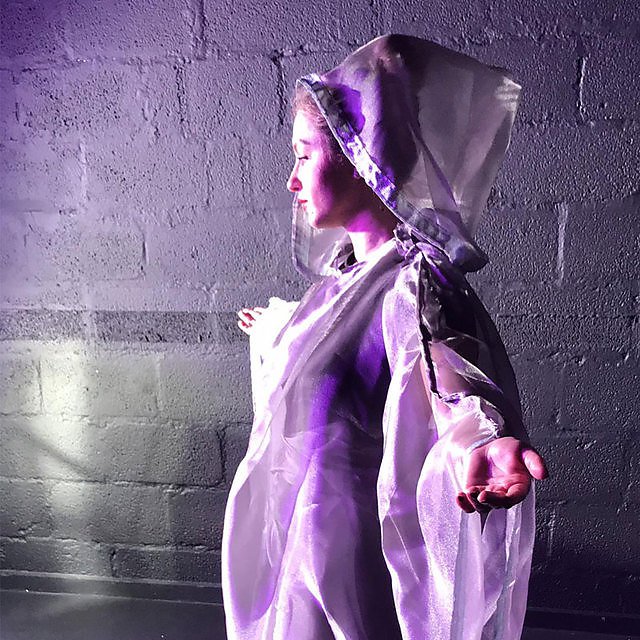 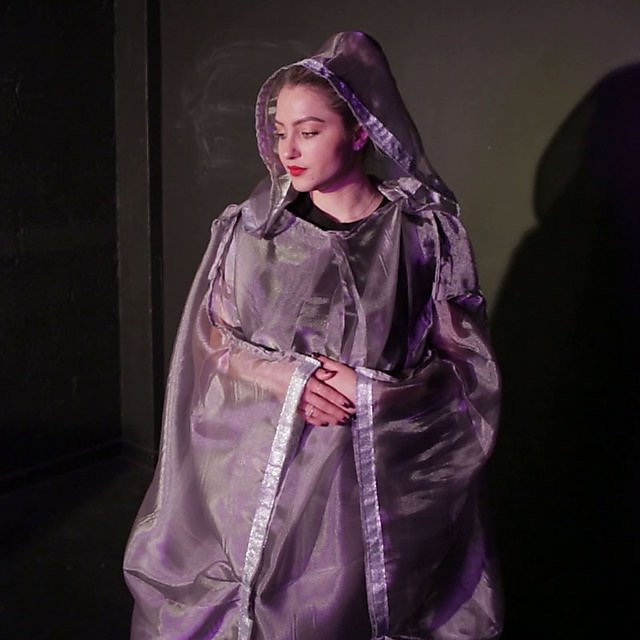