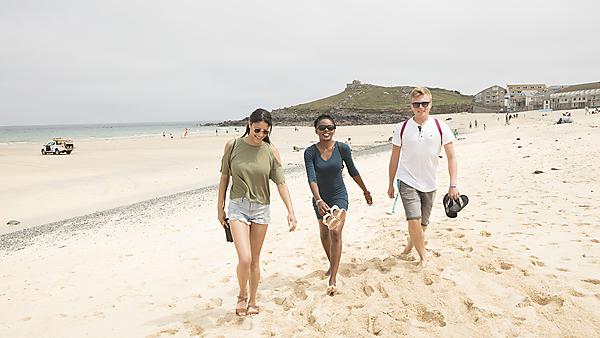 Artists are drawn to the area’s magical light and the quaint streets are packed with galleries. There's also the iconic Tate St Ives gallery, right on the beach.

Traditional fisherman’s cottages nestle around the picturesque harbour, where the smell of Cornish pasties promises a reward after a hard day of swimming in the sea and lying on the warm sand (or a brisk walk along the coastline, if it's off-season).

If you wanted to turn your visit into a weekend break, the town has several youth hostels and loads of B&Bs and hotels to choose from.

How to get there: It takes two hours by train. If you drive, use the park and ride train from Lelant, as parking is tricky. 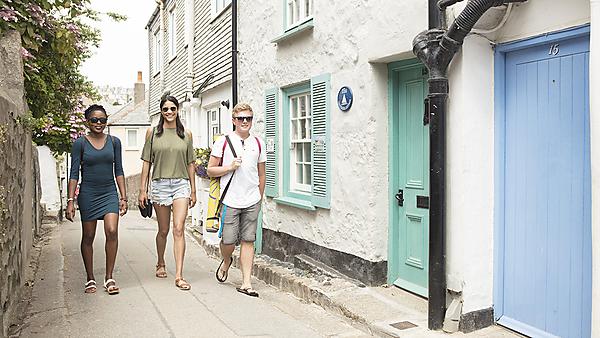 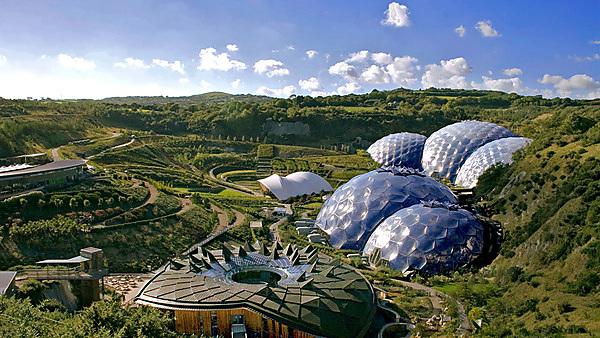 Explore rainforests and Australian gardens, see temporary exhibitions and watch gigs by some of the biggest names in music at this collection of biodomes set in the Cornish countryside.

If you’re feeling brave, soar over the domes on England's longest and fastest zip wire, or plummet at 50 mph from 65 ft over a cliff edge on a giant swing! Afterwards, eat some of the plants you’ve seen growing in the domes at the on-site restaurants and cafés, serving healthy, sustainable food.

A variety of undergraduate courses at University of Plymouth have links with the Eden Project, including Conservation Biology, Marketing, Business Enterprise and Entrepreneurship, and Environmental Sciences, which offers an optional placement.

How to get there: Train from Plymouth to St Austell (one hour), then the bus from the station. Or take your bike on the train to Par and cycle from there in ten minutes.

Dartmoor National Park is a big space, so to see some of the best it has to offer head to Burrator dam and reservoir. From there, see dramatic tors, moorland, wild ponies and other wildlife. Sheeps Tor, one of Dartmoor's most imposing tors, dominates the landscape.

For history buffs, there are prehistoric settlements, cairns, ruins, evidence of the area’s tin-working industry and the remains of the Princetown Railway. Outdoor types will love the surrounding area, which is great for walking and cycling, and enjoying breathtaking views of the moors and the reservoir itself. Bring a picnic, and even though you’ll feel like you’re in the middle of nowhere, there’s still an ice cream van.

How to get there: You can get to Burrator in an hour by public transport, or about 1½ hours by bike. Take the X1 bus to Burrator Inn, then walk for about 20 mins. It's easier to drive (about 30 minutes), so look out for car-owners when you're moving into halls! 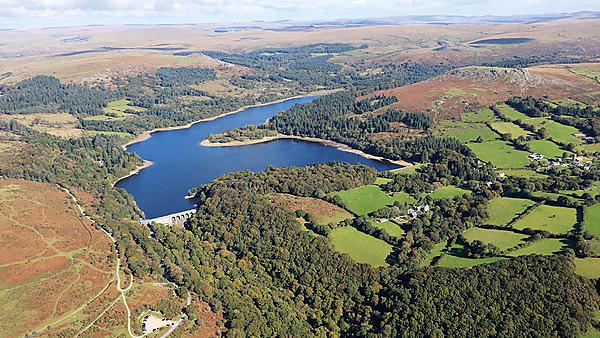 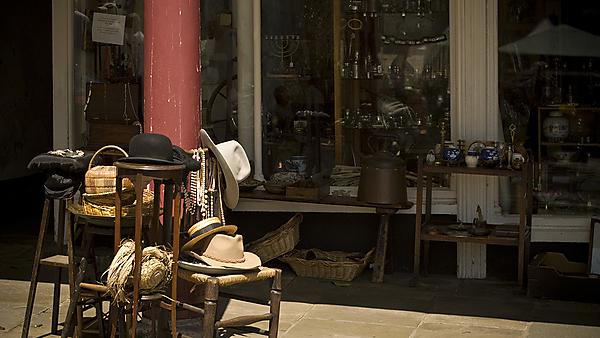 In Totnes, the locals pride themselves on being a bit different. A town full of character, set on the picturesque River Dart, its cosmopolitan and diverse population makes for an exciting calendar of cultural events, including a literature festival and regular jazz nights.

The town has a rich history and lots of Saxon architecture, with ancient passageways to lose yourself in. Take a heritage walk so you know what you're looking at before scrambling to the top of the ramparts of Totnes Castle for panoramic views.

Totnes’s roots as a market town are still on show through its passion for supporting local traders, with plenty of independent shops, unusual boutiques and an award-winning food market. If you go during the weeks leading up to Christmas, you can do your shopping at the atmospheric Night Market, accompanied by community choirs, local bands and lantern parades.

How to get there: Take the train from Plymouth to Totnes (about 25 minutes) or the bus (about an hour).

Just getting to this grand estate is worth the trip, as the easiest route is by ferry, with spectacular views of Royal William Yard and Plymouth Sound.

Once you’re there, take a Segway around the estate with coastal views, walk the ancient barrows and mystical woodland, and take the coast path above secluded beaches and smugglers coves.

Take a walk through history as you explore the ancestral home of the Earls of Mount Edgcumbe – if you’re in the mood, make use of the dressing-up collection and explore it dressed as a Tudor...

There is a number of exhibitions that bring the past to life in the context of the Edgcumbe family and their estate, including one that reveals the lives of its inhabitants during and after the First World War.

How to get there: Take the ferry from The Mayflower Steps on the harbourside at The Barbican (ten minutes) for a scenic trip across Plymouth Sound. 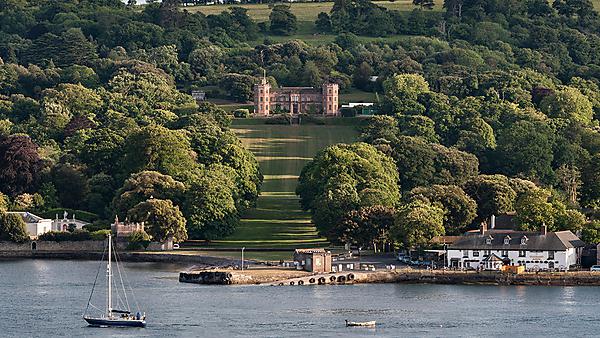