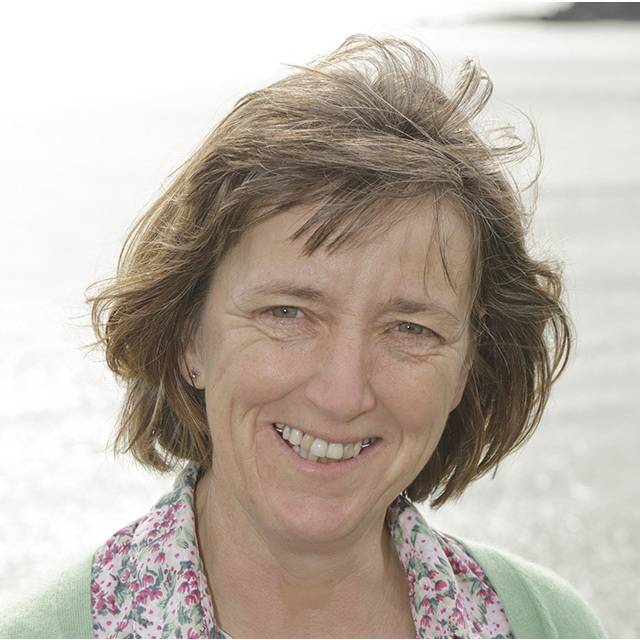 She  is a lecturer in marine environmental management teaching on both undergraduate and postgraduate courses. Her interests focus on the links between science and policy in the management of people's activities and impacts on marine and coastal waters including, for example, regulation and control of marine pollution from point sources such as industrial pipelines and sewage and diffuse pollution from agriculture and urban land; integrated coastal zone management and marine spatial planning. She teaches courses in basic chemistry, marine pollution, marine monitoring and management of the marine and coastal environment including coastal zone management  and marine planning at both undergraduate and postgraduate level.

She is a member of MarCoPol - the Centre for Marine and Coastal Policy Reseach within the Marine Institute at the University. She has been involved in a number of research projects including CAMIS and VALMER. More information about these projects can be found through the MarCoPol website.  Currently she is working on the ResponSEAble project on ocean literacy which is funded by the EU 2020 programme.

Dr Glegg leads the Faculty Research Ethics Committee. She is also the Honorary Secretary for the Estuarine and Coastal Sciences Association (ECSA).

BSc (Hons) Chemistry (2.i) Department of Chemistry University of Edinburgh

Member of International Water Association, Institute of Teaching and Learning and Secretary to the Estuarine and Coastal Sciences Association. Recipient of a Winston Churchill Memorial Trust Travelling Fellowship to study pollution management and control in Portugal, the Netherlands and the United States.

Module leader for the following;

In addition Dr Glegg teaches on a range of modules across marine science including stage 1 chemistry for marine and environmental students, stage 2 marine chemistry, postgraduate research skills, the third year residential field trip to the Scilly Isles and acts as advisor to undergraduate and postgraduate research dissertations.

RESPONSEABLE Horizon 2020 project on ocean literacy. Developing  targeted communication materials to raiseawareness of our individual and collective responsibility andinterest in ensuring the sustainability of the ocean and of its ecosystems.2015-2019. With Dr S Fletcher.

CAMIS - Channel Arc Manche Integrated Strategy, an INTERREG project funded thought Devon County Council in which she is responsible with Rebecca Jefferson for developing a Strategy for improved management of the Channel waters and development and running the Cross Channel Forum. (2009-2013)

Clean Waters Initiative - £15,000 received for a project entitled "Barriers to green buying" considering the problem of household products which are widely available and yet contain hazardous chemicals which raise concerns in coastal waters. In collaboration with Dr J Richards (UoP) and Surfers Against Sewage. (2004)

Seale Hayne Educational Trust - £1,900 received for a project entitled "Impact of nitrate vulnerable zone (NVZ) designation on farming practice and water quality in the EU; a preliminary study". In collaboration with Dr J Richards and Dr R Parkinson (UoP). (2003/4) Subsequently followed by £1,200 for a project entitled " Modelling future land use change scenarios for energy crops and their impact on diffuse nutrient pollution". (2006/7)

ELOISE - A project to assist in the dissemination of the results from the European Land Ocean Interaction Studies to the community involved in the planning and management of our use of the coastal zones of Europe and our near neighbours. (2003/4) In collaboration with Norwegian Institute for Air Research, University of East Anglia, Nederlands Instituut voor Oecologuisch Onderzoek and Vrije Universiteit Amsterdam (total approx EUR 400,000).

Global International Waters Assessment - responsible for the development of a web based approach to identification and quantification of point sources of pollution. (2000/2)

Regional Academic Programmes - funded by the British Council to work with Murmansk State Technical University to develop a new course on environmental protection for nautical cadets. (1999/03)

Atlantic Living Coastlines project - member of the steering group and chair of the working group concerned with environmental indicators for this EU demonstration project on Integrated Coastal Zone Management.

Implementation of government policy: the case of marine pollution - a study funded by the Natural Environment Research Council - undertaken as a PhD by Dr J Richards.

The use of biomarkers for the ecotoxicological assessment of complex effluents - a University funded PhD study undertaken as a PhD by Dr K Astley.

Freidrich, Laura. The potential of ecosystem services as an approach for marine stakeholder engagement. PhD awarded 2017.