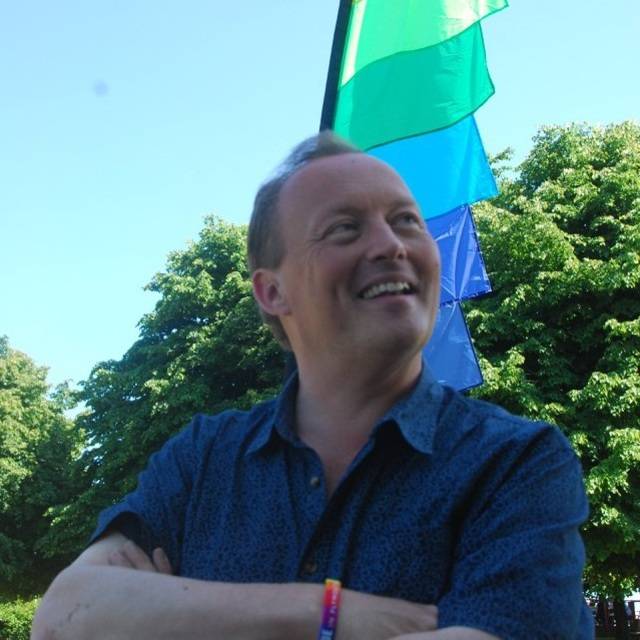 With the Centre for Humanities, Music and Performance Arts

In 2016, Alan completed his AHRC funded collaborative PhD called “Performing LGBT Pride in Plymouth 1950 -2012” with University of Plymouth. The project involved the formation of a specific LGBT history accession for the Plymouth and West Devon Record Office (now part of The Box, Plymouth) which now sits alongside the Plymouth LGBT Community Archive. The archive comprises of over forty five oral history interviews along with memorabilia pertaining to the performance of LGBT identity in the city over a sixty-year period.

In 2012 the Plymouth LGBT Archive was awarded the “Most Inspirational” archive award by the Community Archive and Heritage Group and also informed the nine week “Pride in Our Past” exhibition in the Plymouth City Museum and Art Gallery.

He has since been invited to become a member of CAHG’s national committee and has spoken about his work with the archive at a number of national conferences, including the yearly LGBT archives conference at the London Metropolitan Archive, while, on a local level, taking the materials into schools and employers in the Plymouth area.

Alan continues his association with Plymouth University as a research fellow and associate lecturer with the History department. He also works as the Project Manager for the university's Cornerstone Praxis initiative and also for The Box/Plymouth City Council as the Engagement Lead for their Elizabethan House Project. He convenes the Community Heritage Network on behalf of the Plymouth Octopus Project of which he is a trustee.

These roles support and extend his work as a trustee of Pride in Plymouth which is a social enterprise dedicated to raising the visibility of the LGBT+ communities in Plymouth. Based in Stonehouse, Pride in Plymouth works with schools, businesses and Alan acts as an independent advisor with statutory agencies such as Devon and Cornwall Police.