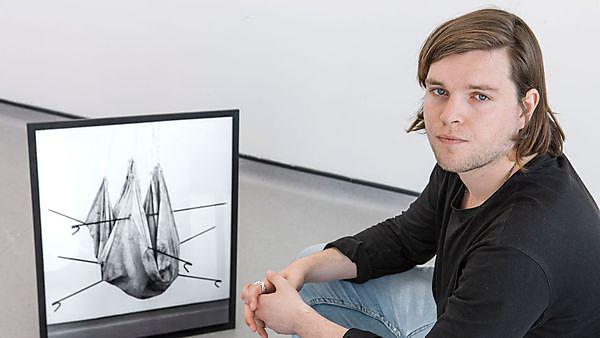 Dominic Till graduated from the BA (Hons) Photography course in 2015 and is currently studying for a masters at the Royal College of Art. He has previously received numerous award nominations, including the Magnum Graduate Photographers Award 2016 and the South West Graduate Photography Prize 2015.

What was your proudest achievement during your studies at Plymouth University?

Seeing the culmination of three years of work result in our final degree show – personally, it was great to see where my work had started out and where it was now.

What was the most valuable thing you learned during your time here?

It was actually quite a personal thing. I had spent a great deal of time away from home and had revelled in the fact I was going to a new place that could stimulate new ideas. What I helped me realise was that I wanted to be making work about the home and where I was from. That, for me, was a groundbreaking moment as I understood the discourse I wanted to create with my work.

Tell us a bit more about the project(s) you prepared for HOT ’15, your Arts Degree Show.

My final project, entitled Like a Burying of Treasure, centred around the home and the gentrification of London. It dealt with the importance of home and what it is like to have that stripped away both on a personal level and also on a political level. In essence it was dealing with what it is like to have the home removed and the struggle many people are encountering in laying down the foundations to their home.

What kind of feedback did you receive and how valuable has that been in shaping your practice since?

It was totally unexpected. The work was included in the XL Catlin Art Guide 2016, something that I had been looking at for some time as both a source of inspiration and also a marker of what I would like to achieve in the future. That gave me a significant boost in confidence, which has been really important. The work has subsequently been shown in a number of places and that has made me think much more about the way in which the work operates in a gallery space. The physicality of piece in a space is critical to my practice and this has enabled it to develop in a certain way that has been very important.

What are you doing now and what does that involve on a day-to-day basis?

I applied for a place at the Royal College of Art during my final year and was accepted onto the MA Photography programme, so my day-to-day routine hasn’t drastically changed. I am very thankful for the position I’m in and am just trying to make the most of what is on offer at this moment in time. The reality facing most artists post-graduation is quite uncertain so having the facilities to make work is something I try to take advantage of as much as possible.

Tell us about some of the projects you have been involved in (and any awards you have won) since leaving the University.

I am currently involved in a show that will be part of the Liverpool Fringe Biennial, it is quite a significant project as it is in association with Open Eye Gallery, Liverpool. Working towards a show with other artists from the Royal College of Art in an environment where there will be a significant number of people from the international art world is a pretty big thing for me.

How do you apply the lessons you learned here in Plymouth to your current work or study?

My mode of practice since leaving Plymouth hasn’t drastically changed. Thinking work over and implementing my thoughts in an instinctual way became a very important part of my practice before I left and I have certainly taken that forward with me.

What are your future plans?

As of now I am just concentrating on my MA. Hopefully once I have finished this I will be able to continue progressing my work in the same way that I can now. That is what is most important to me.

Is there one piece of advice you would give to current students as they prepare for HOT ’16, this year’s Arts Degree Show?

People will get what they want from the degree show. It’s a difficult career path and this is your opportunity to make the most of what you have got through the virtue of being in an institution. Take advantage of that because it won’t last forever.