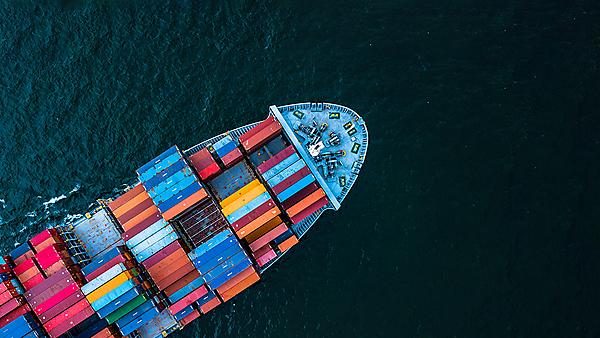 The University of Plymouth Shipping Society, in conjunction with the Plymouth Nautical Degrees Association (PYNDA), are holding a series of three lectures this spring.

Each lecture will be presented by a shipping professional with a topic based on the theme of disruptions in shipping. We have seen a series of events that continue to disrupt, the traditional working of global supply chains. These include the impacts of the COVID-19 pandemic, the need for shipping to decarbonise, as highlighted at the COP26 Climate Change Conference, and the growing enforcement of greener, fairer and more transparent shipping through legislation, technological innovation and the collective influence of financial institutions. This lecture series examines these issues and some of the innovative responses of our shipping industry.

Please email us for more information at upshippingsociety@gmail.com

University of Plymouth staff, students, alumni and guests are welcome to attend.

Mr Lloyd Evans, the President of the University of Plymouth Shipping Society, opened the PYNDA spring lecture series with a brief presentation on the Plymouth Nautical Degrees Association, the University’s oldest alumni association, which is open to all graduates of Nautical Studies, Navigation and Maritime degree courses. He then introduced the evening’s speakers and handed over to Mr Alex Gullen.

Alex graduated with a BSc in Maritime Business & Law in 2003. He went on to qualify as a barrister before moving into handling insurance claims at A. Bilbrough & Co (Managers of the London P&I Club) and Eagle Bulk Shipping – an international shipowner specializing in the dry bulk trade. Since 2014, Alex has been Senior Claims Handler and Adjuster at the Norwegian Hull Club. Alex gave a presentation that highlighted one response to the current disruptions in shipping, which is the refitting of bulk carriers to take unexpected cargoes including containers and timber. He gave his presentation remotely from Oslo, to a hybrid audience of PYNDA members and current students, both online and in the lecture theatre. This was followed by commentary by Mr Paul Wright, a PYNDA member and ex-seafarer who is actively involved with the maritime community here in Plymouth. There were questions and comments from the Panel Members who included Mr Gullen, Mr Wright and students Miss Tasmin Head and Mr Torgeir Horne. With the addition of questions from the audience, this was an informative and interesting evening, exploring the many ramifications of changing trades.

Ship finance and the Poseidon Principle

Elizabeth is an associate in the Assets and Structured Finance Group at Watson Farley & Williams. Elizabeth advises banks, financial institutions and ship-owning companies on all aspects of loan and security documentation within the maritime sector. She also advises buyers and sellers on sale and purchase transactions.
Since joining the firm as a trainee in 2015, Elizabeth has worked in the firm’s London, Athens and Bangkok offices.

Note: The Poseidon Principles establish a framework for assessing and disclosing the climate alignment of ship finance portfolios. They set a benchmark for what it means to be a responsible bank in the maritime sector and provide actionable guidance on how to achieve this.

Live Panel members will be:

The PYNDA Panel members will be Dr Han Ozturk and Captain Keith Hart.

Han has over 35 years of experience in the shipping industry. He started his career in the Merchant Navy and for the last 20 years has been involved in the ports sector. Han’s company currently operates worldwide in developing and managing terminals primarily in developing countries. Han is currently the chair of PYNDA and is actively involved in several maritime organisations such as the Society of Maritime Industries and International Dry Bulk Terminals Group. Han is a Chartered Director.

Captain Keith Hart holds an Extra Master’s Certificate of Competency, a BSc (Hons) in Nautical Studies and a Diploma in Domestic Arbitration. He commenced his seagoing career in 1973 as a Deck Cadet with Sir William Reardon Smith and Sons and served as an officer in a variety of ship types before moving to the offshore industry, where he gained command experience. Since 1987 he has been employed as a Marine Consultant and during the intervening period has attended numerous shipping casualties. Keith was a member of the Special Casualty Representative (SCR) panel and has served as an SCR during the salvage of several vessels including the high-profile MSC NAPOLI salvage in Lyme Bay and more recently the HANSA BERLIN in Cuba. During 2013 and 2014 he was part of the P&I Club's marine consultancy team managing the COSTA CONCORDIA wreck removal project. He regularly acts as an expert witness in Court and Arbitration proceedings providing expert evidence on navigational and other maritime operational matters. In 2016 he was elected a Fellow of the Chartered Institute of Arbitrators and commenced practicing as a Maritime Arbitrator.