8 September 2022
oversees the quality, delivery and management of the events management degree curriculum at the National School of Business Management, Sri Lanka. Until recently she was a lecturer and programme manager for the events management degree at the University of Plymouth Business School. She has previously worked in the hospitality sector before moving into further education, becoming the Curriculum Lead for Tourism at Cornwall College both for Further and Higher Education. Her work in tourism, customer service and sustainable tourism gained national recognition and her department was recognised as a Centre of Vocational Excellence (COVE), for its outstanding engagement with employers in the tourism and hospitality industries.
To find out more about Mrs Bellingham’s work, please contact her via email.

The last few years have been challenging for the hotel industry. Many staff lost their jobs during the pandemic and others left the industry.  Now there is a staff shortage globally and, as the travel and tourism sectors open up again, hotels worldwide are struggling to recruit.  Some are offering incentives to entice staff back or attract new staff, especially into highly skilled jobs. This is potentially good news for those already working in the industry; wages, progression opportunities as well as on the job training are all likely to improve. It is perhaps inevitable that there will also be changes to contractual terms and conditions to make the industry more attractive to prospective employees.
The pandemic has seen the accelerated adoption of certain trends across the industry. Consumer expectations and demands are changing; environmental and sustainability issues are becoming more important. The adoption of digital technologies has continued apace. It is likely that both these trends will continue to impact on careers in the industry over the coming decades although employers, employees and would-be employees need to pay attention to them now.

The pandemic has accelerated the implementation of digital technologies; social media usage has expanded in the marketing space and more apps have been developed to simplify and streamline systems such as reservations and check-in. Whilst the adoption of solutions using artificial intelligence, content-driven marketing and the Internet of Things (IoT) may be increasing, current indications are that many in the industry have insufficient digital literacy. Skilled staff are needed across a range of different digital roles, and demand for these skill sets will only grow in future.
Both employees and consumers are concerned about businesses’ environmental impact. There is increasing scrutiny of organisations’ efforts to reduce the negative impact of their operations on the environment and many believe an historic focus on profit should be complemented by a commitment to sustainability. Already, hotels have started to shift towards more sustainable practices. The growth in green hotels and eco-tourism has led to increased demand for ‘green skills’ such as auditing, environmental management and compliance oversight. In future there are likely to be more opportunities for specialisation in this growing field.
The pandemic placed health and wellbeing centre stage. Now consumers are spending more than ever on health and wellness. There are predictions that it will become the fastest-growing segment in the tourism sector over the next few years. Some hotel brands are now expanding into the wellness space and acquiring reputable spa, wellness and fitness brands to boost their credentials and appeal.

Whilst female workers are well represented in lower and middle management jobs across the industry, senior managerial positions are still mostly occupied by men. Even today, there is a widely held view certain jobs in hospitality are clearly gendered. There is evidence that females are perceived to be less capable, less confident at managing subordinates and less committed than males in most job roles. In addition, there is still evidence that salary disparities between roles occupied by males and females persist.
There are a number of ways women can be better supported to develop their careers and exploit opportunities for progression within the industry. Investment in organizational programmes and support systems, such as mentoring and networking, is important so female employees can develop informal networks with peers and superiors. Proper training and management development programmes should be offered. Access to learning and training has become an important factor in supporting female participation in management roles. This would all help with the evolution of a more favourable organizational culture supporting women’s career advancement in hospitality.
It has also been recognized that females working in the hotel industry are more likely to be the victims of harassment or to be on the receiving end of inappropriate or obscene language, sexually suggestive comments or innuendos. In some instances, there have even been reports of physical abuse. Sadly, this trend seems to have worsened during the pandemic with restaurant and hotel workers having to enforce social distancing rules over and above their usual responsibilities.
The Sri Lankan hotel industry
In Sri Lanka the hotel industry is reported to employ a mere 11% of females on its staff, well below the global average which sits between 35%-50%. The University of Plymouth was prompted to investigate the issue at the request of a local hotel chain, keen to explore potential solutions. They came up against widely-held views that certain jobs are believed to be gender specific with females considered to be more suited for work in sales and marketing, accounting, guest relations (reception and front office) and housekeeping. Food and beverage departments, it was claimed, tend to favour the recruitment of male managers. Sri Lankan females working in these departments told the researchers that it is hard to progress. In addition, cultural norms view non-traditional roles such as casino host and night watchman as inappropriate roles for women.

Challenges for females working in the Sri Lankan hotel industry

Women in Sri Lanka are increasingly looking to gain more financial and professional independence. They are investing in the development of their careers. The University’s experience of working in Sri Lanka underscores the importance of would-be female employees being able to access training to develop their careers within the industry. Whilst the number of female employees is low in some hotels and resorts, the situation varies from hotel to hotel. Some employers have a more equal balance of males to females although, consistent with the global situation, the number of females holding top positions is remarkably low with females mainly occupied in operational and middle level management positions
The University’s research revealed that another challenge for females in the Sri Lankan hotel industry was the existence of gender-based networks. Some female employees gave examples of male graduates from particular educational institutions receiving favourable treatment in interviews and being deliberately recruited to management positions which were only open to males. In addition, females reported being excluded from networking opportunities such as social get-togethers (and sometimes informal meetings) in their departments. Others said they believed that hotel owners prefer to see male general managers in charge.

Working conditions as well as the timing and length of some shifts were identified as barriers to females. Working on one’s feet for 12 hours at a time on shifts that start and finish at unsociable hours was both tiring and unappealing to some. In addition, travel to and from a place of work at unsociable hours presented specific challenges. Cultural beliefs meant that some families would be reluctant for female family members to travel on public transport (if that was available) late at night.  Some family members took it upon themselves to ferry their female relatives to and from work, causing disruption to family life. Examples were given of employers who had sought to overcome these challenges either by offering privately-run transportation services, or by providing dormitory accommodation for employees required to work late. Other examples included employers reducing shift lengths to nine hours or ensuring shift changes happen late in the evening rather than after midnight.

It is clear that hotels in Sri Lanka need to do more to offer female employees flexible working patterns. Research respondents identified pregnancy, maternity leave and caregiving responsibilities as ‘career killers’. Few interviewees knew of any senior female role models within their organisation who also cared for young children. The belief that hospitality was an unsuitable career choice for mothers with young children was deeply held. To challenge this, hotels should seek to offer women with caregiving responsibilities more opportunities for flexible working. One study of Sri Lankan hotel employees found that job satisfaction for females was predominantly linked to working hours, working atmosphere and salary.
Cultural beliefs have also played a role in discouraging young females from entering the hotel industry. Sri Lankan society sees women as home-makers and care-givers, responsibilities perceived to be difficult to reconcile with a career in the hospitality sector.  Furthermore, there is a perception that those working in hospitality are less qualified or academically able. There are even instances of young women being persuaded away from careers in the tourism sector by parents and other family members. Whilst there is a growing number of young women who feel confident and capable of taking on more challenging roles, their parents’ generation was reluctant to encourage young women to embark on a career in the sector. Clearly more work needs to be done to improve the industry’s image as an employer and a place to build a career.

A safe place to work

In line with the hotel industry globally, more needs to be done at a national level to tackle harassment. There were reports of cultural differences between larger city hotels and the more remote resorts. City hotels were seen to have a robust approach to harassment with many having robust policies that ensure  any kind of harassment is dealt with immediately. People spoke of both verbal and physical harassment occurring more frequently in the departments with limited guest facing roles e.g. in hotel kitchens.  A number of interviewees reported that they had or knew of females who had suffered harassment but argued that females were reluctant to report it because they felt their own jobs would be at risk, having witnessed other females being dismissed for reporting incidents. More investment should be made in establishing forums and safe spaces for females to discuss sensitive issues so that management can respond appropriately. Interviewees expressed the view that females should not be encouraged to enter the industry until more had been done across the country to tackle this.
Whilst there is no one-size fits all in the Sri Lankan hotel industry, the University’s research indicated that there are areas trends which require closer attention if the industry in Sri Lanka (and potentially in other countries) is to recruit more females and weather the global recruitment crisis. Challenging gender stereotypes about particular roles will help, as will increasing networking opportunities for both males and females. Working conditions should be improved and more opportunities made available for those with caregiving or study responsibilities to work flexibly. More attention should be paid to ensuring employees’ personal safety; whether that means facilitating an easier, safer commute or reducing opportunities for harassment. With travel and tourism opportunities opening up, and demand for travel to exotic locations likely to grow, it is also clear that the Sri Lankan hotel industry needs to do more to embellish its image as an employer of choice and a place to build a career over the long term. 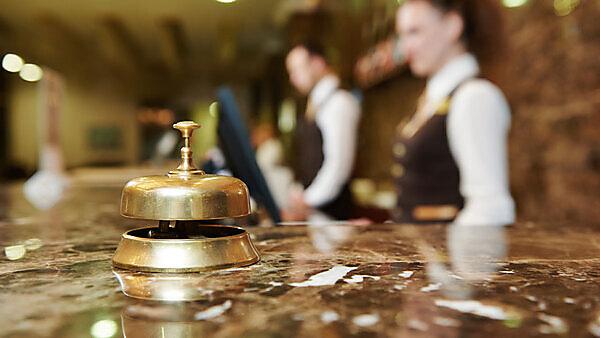 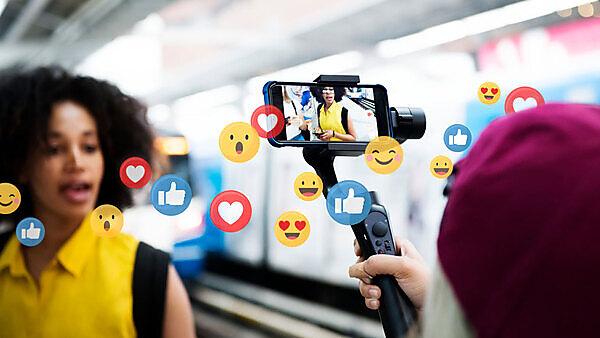 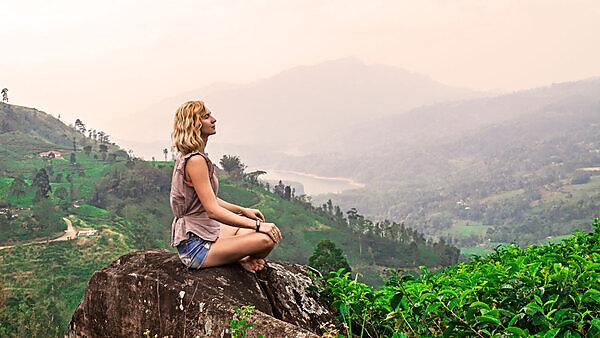