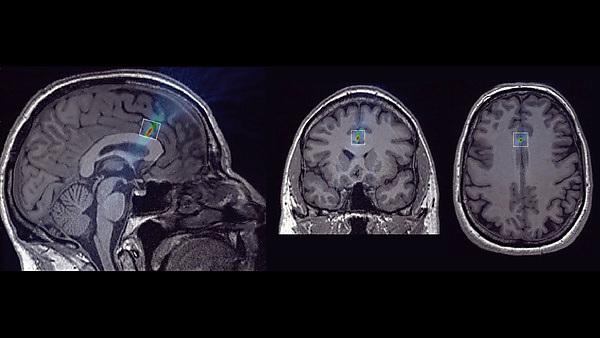 Magnetic resonance spectroscopy (MRS) is a technique that non-invasively measures molecular metabolite concentrations in the brain. MRS has been shown to be able to detect changes in excitatory and inhibitory neurotransmitter levels following the application of neuromodulatory techniques that target superficial regions of the brain like transcranial magnetic or electric stimulation. Transcranial focused ultrasound (TUS) is an emerging technique that can modulate brain activity in deep brain regions with high spatial specificity. The biomechanisms by which TUS induces excitatory or inhibitory activity are still poorly understood. Combining TUS with MRS can shed light on how TUS affects measures of neurotransmission and help us understand the effects of TUS on cognition and behaviour in deep brain regions.

This research project aims to further our understanding of the bioeffects of TUS neuromodulation at the molecular level. In the short term, this will inform our future studies on investigating decision-making processes using neuromodulation. TUS is a relatively new technique and BRIC is one of the few places where this technique is available to use in human neuroscience research. In the longer term, it will potentially be used by many other groups at BRIC, with a view to becoming a leading centre for TUS in the UK. This project is thus a crucial first step to gaining a better understanding of the mechanisms by which TUS modulates neural activity.

This project will inform our future studies on understanding decision-making in humans. We plan to investigate the effect of TUS neuromodulation on key regions involved in decision-making (e.g. the anterior cingulate cortex and medial prefrontal cortex).

Ultrasound – best known in pregnancy for imaging unborn babies - can be used to treat cancer, neurological and psychiatric conditions. This is possible because ultrasound waves can cause the ablation of tissues (at very high intensity) or alteration of brain signals which in turn can be used to restore brain function (at low intensity), offering great promises to patients. Here is an animated video introducing us to the great promises of therapeutic ultrasound.