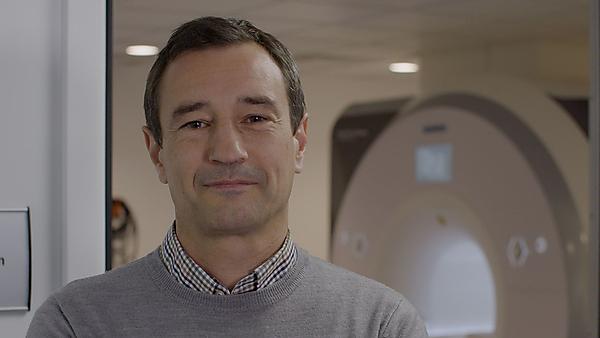 Working with collaborators in China, BRIC MRI-lab co-head Dr. Matt Roser, and BRIC Research Fellow Dr. Xinhua Yang are investigating the connectivity of brain regions in clinical depression. The BRIC researchers have focused on a core element of Major Depressive Disorder (MDD) called anhedonia, which is marked by the reduced ability to feel pleasure in normally pleasurable activities. Previous research suggests that a disruption to the normal pattern of interaction between widely-distributed brain regions is seen in depression. Xinhua and Matt looked at the functional connectivity of a region in the frontal cortex called the superior frontal gyrus and a sub-cortical region called the ventral caudate. These two regions are in the pathway for processing things that people find rewarding and a disturbance of reward processing is thought to be central to anhedonia in depression. In this study nineteen adults with a clinical diagnosis of depression (MDD) and sixteen healthy controls (HC) participated in two identical functional magnetic resonance imaging scans over a 1-year period. Participants took part in a ‘Resting-state’ study in which brain activity was recorded while people were not doing any task. This type of brain imaging reveals patterns of distributed function spread across the brain. Over the year between brain scans the depressive symptoms in most patients improved and it was found that the degree of functional connectivity between the deep ventral caudate region and the superior frontal gyrus increased most in those patients who experienced the greatest degree of recovery. None of these changes were observed in the non-depressed control participants.
This research illuminates complex patterns of widespread changes to brain processing over time in a clinical population and could help in the search for a biomarker of anhedonia in depression. In further experiments, Xinhua and Matt are now investigating brain structural connectivity using MRI in patients with depression. 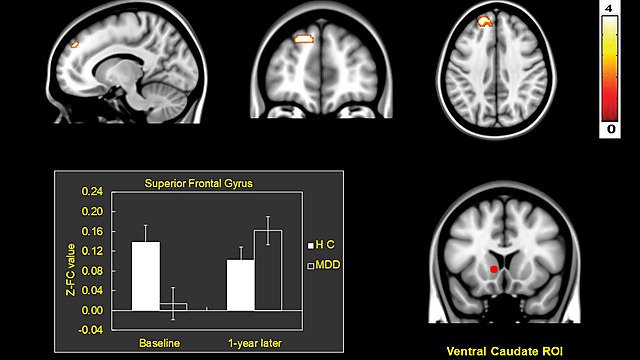 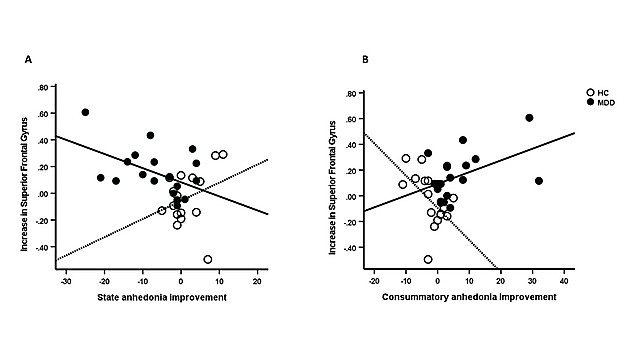