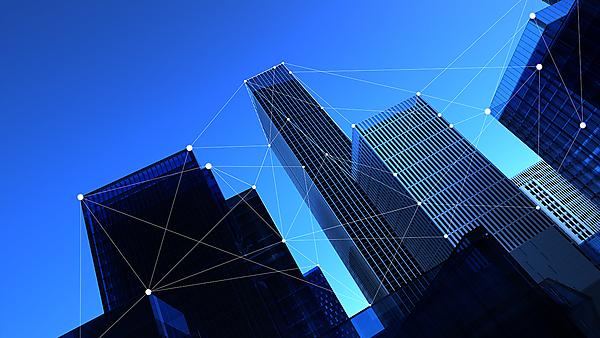 “A former colleague of mine once said that your profession tends to be a combination of what your parents do for a living,” says Katharine Willis, on how she ended up not just in an emerging field of academia, but at the forefront of scholarly efforts to define it. “My mum was a social worker and my dad an electrical engineer, so I see myself as a social worker with technology!”

As Professor of Smart Cities and Communities, in the School of Art, Design and Architecture, Katharine has drawn upon her interdisciplinary roots to become one of the country’s leading voices on how people interact with technology and space. And whether working on international collaborations in India and Brazil or leading projects in some of the most deprived communities in the South West, it is the lived experience of these people within this emerging, cutting-edge environment that interests her most.

My research is concerned with technology where it is ‘socially constructed’. Technology is not just a ‘thing’ but how we make sense of the world. We can design buildings, but we can also design how we interact with those buildings and the space around them. I see it in an expanded sense; not bricks and mortar, but how we inhabit space.

Like many qualified architects, it was the bricks and mortar that shaped the early stages of her career. A graduate from the BA (Hons) Architecture degree at the University of Manchester, Katharine achieved a masters at the Bartlett School of Architecture, UCL, and went to work for a practice in the City of London, where she specialised in projects involving temporary buildings and installations. Having spent ten years qualifying as an architect, however, it did not take very long for her to realise that she was more interested in research than practice. So, with a scholarship from the UK-German research organisation, DAD, she enrolled on a PhD in Germany and settled in the Weimar region.

“It was a really interesting space to be in,” Katharine reflects. “It’s a small town in the east of Germany, where so much of the politics and culture happens. All of the world is locked into this little place.”

Katharine remained there until 2008, when having earned her PhD, she began to consider academic posts back in the UK. The following year, she secured a lectureship at Plymouth, and brought with her a commitment to use the knowledge and experience she’d gained in Europe for the benefit of the region.

Plymouth has been a really good fit for me because I feel it is important to contribute to the space, the place, the area in which you work,” she says. “And there has always been that strong sense that the University belongs to the community around it and that we want to help it.”

One of her first major projects was very much in that field – working with Superfast Cornwall on the EU-funded rollout of high-speed broadband across the Duchy. Katharine’s role was to investigate the impact upon deprived neighbourhoods and how people used semi-public spaces. What she found was evidence of remarkable resourcefulness and creativity in developing and maintaining networks. 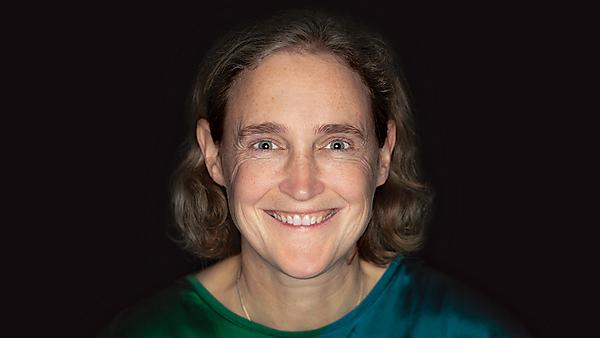 By contrast, it was the absence of such grass-roots involvement that was a key finding from the 2016—2018 Arts and Humanities Research Council-funded project ‘Whose Right to the Smart City?’ Working with fellow academics in the UK, India and Brazil, she examined how and why cities and people are shaping technologies to suit their needs, and the role of civic inclusiveness in this process.

“We conducted interviews with those who were working on smart city projects to try to understand how they were being run,” she said. “We found that the projects were being driven by either economic imperatives or, in the case of Brazil, the police. In India, where the government was trying to change the street space and remove traders, we asked those traders what they thought the smart city was. What we concluded was that it is important to shift the agenda from this top-down, economic-led, deterministic approach, to asking ‘who actually needs to participate in this and how can we involve and help them?’”

Katharine cites Barcelona, Amsterdam and Curitiba (Brazil) as exemplars for this ‘participatory approach’. Amsterdam, in particular, she says has embraced inclusivity and cooperation, with many of their smart city developments driven by communities and strong civic sector organisations.

“The EU calls it ‘the ‘quadruple helix’: academia, industry, civic sector and public sector,” Katharine says. “A smart city project that works will use that quadruple helix. It requires institutions working together – and academia needs to be a partner.”

For academia to be a partner it first has to truly grasp the concept, and that is why Katharine’s work with colleague Professor Alessandro Aurigi has been so valuable. Their 2017 monograph Digital and Smart Cities was a pioneering step in defining some of the characteristics of the smart city, and the pair are now currently editing The Routledge Companion to Smart Cities.

Read more: How Katharine believes smart cities should work for everyone

There isn’t a field in academia called Smart Cities – probably because it is so multidisciplinary,” says Katharine. “So we’ve been trying to establish where it sits and how it becomes clearly recognised. When I talk to architects or computer scientists about what I do, they sometimes find it difficult to see how it relates to their disciplines. But it’s about where we will be in 10-15 years’ time. It’s working with something that is coming and not what is here now.

Thanks to projects such as Green Minds and the Health Technology Pop-Up in Stonehouse, the city of Plymouth has been treated to a tiny preview of what its smart future might look like: interlocking systems responding to stimuli in real-time, and individual agency to interact with, and even improve, the world around them. Indeed, Green Minds is altering the dynamic between people, green space and Plymouth City Council – one hitherto based upon a system of complaint. Now, thanks to sensors placed on beehives, people can monitor the bees’ activities and understand their place in the ecosystem. In so doing, they can reflect upon their own.

“Technology becomes the interface and a platform for enabling these processes to happen,” she says. “So rather than complaining to the council that it hasn’t cut the grass, you might plant wild flowers instead."

There is much work to do before this becomes a reality for all – but at the intersection of engineering and social work, space and place, smartphones and bumblebees, Professor Katharine Willis is helping to design a smarter tomorrow.