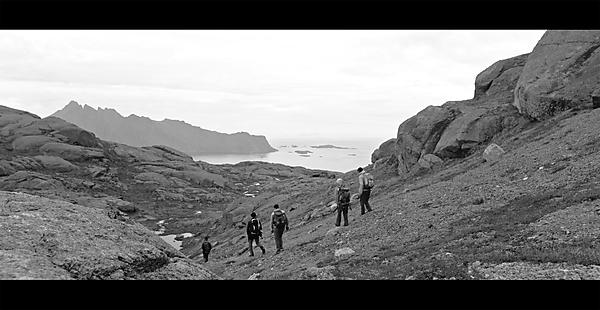 Most earthquakes occur in the upper 20km of the Earth’s crust, where the rocks are cold, brittle, and elastic, able to build up the tectonic stresses released in sudden earthquake events. Below this depth, the lower crust is hotter and rocks there typically deform plastically and steadily, rarely accumulating enough stress for large earthquakes.

Despite this, some of the largest earthquakes can initiate in the lower crust, and improving our understanding of these deeper and potentially devastating earthquakes is the aim of a NERC-funded University of Plymouth based project involving Luca Menegon, Lucy Campbell and Iain Stewart. 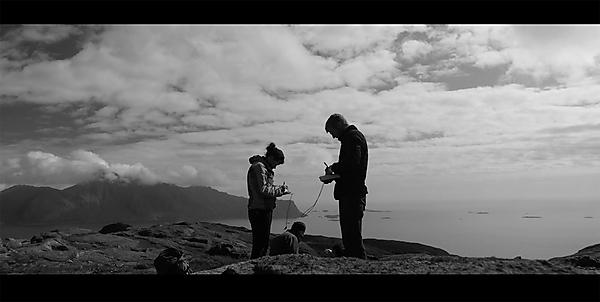 In July 2017 the project research team visited the Lofoten Islands in Norway, where an exceptionally well-preserved field site provides a rare ’window’ into these once-deep rocks, now exposed at the earth’s surface after millions of years of erosion. We were joined by filmmakers Heidi Morstang and Patrik Säfström, who wanted to capture a visual record of our ancient seismic investigations. Although this interdisciplinary coupling was a rarity for the geology team, it was great fun to be part of the filming process – we simply continued working as usual, and it soon felt very normal to have a camera in amongst the field measurements and discussions.

As for the geology, we were able to map out the fault zone network, assessing where and when geologically ancient earthquakes had occurred, how powerful they were, and how they themselves may have modified the behaviour of the fault zone. Samples were taken to cut up for detailed analysis back in the lab; using high magnification electron microscopes allows us to investigate the microscopic rock structure and to calculate the stresses and slip rates experienced by the faults. Gathering information at different scales allows us to gain insights into what factors control lower crustal earthquake formation, and how the presence of earthquakes can in turn change the strength and behaviour of deep crustal rocks. Ultimately, information derived from these ancient fault roots will be used to infer processes occurring at depth along faults that are currently active in modern earthquake zones. 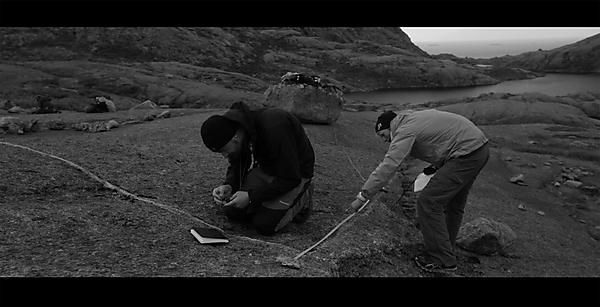