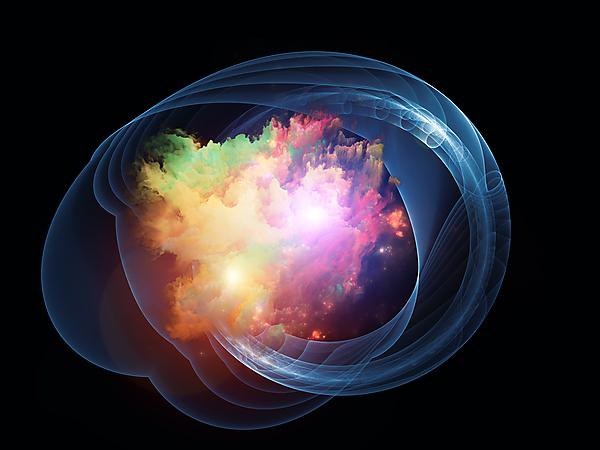 People typically have the best intentions to act in a sustainable manner. Often, however, their actions do not keep up with their good intentions; people fall back into their old (unwanted) habits as soon as they are competing situational demands.

Using hands-on demonstrations, posters and talks, participants explored how imagery – the ability to visualise events and behaviours – could be used to overcome this 'intention-behaviour-gap' and experienced the immediate effect of imagery on behaviour on their own bodies.

In the Hypnosis booth, participants experienced that their body could be controlled by an outside voice. Chevreul’s Pendulum and the Automatograph work similarly to an Ouija board and revealed that even the simplest imaginations of movement immediately affects behaviour, eliciting subliminal body movements that seemingly happen outside the control of the participant.

Finally, at the darts board, participants experimented to what extent different imagery strategies might help them to more effectively control their own actions, and posters and videos placed these experiences into a larger cultural context.

Together, these experiences inspired the visitor to implement imagery strategies into their everyday life, helping them to align their behaviour more effectively with their intentions, improving not only sustainable behaviour but also the conversion of other long-term plans into action.

Patric was awarded his DPhil in Experimental Psychology and Cognitive Neuroscience at the Max Planck Institute in Munich Germany in 2004. He has previously held a research post at Bangor University, Wales, and is now lecturer in Psychology at University of Plymouth. He works at the intersection of social psychology and cognitive neuroscience. His interests range from unconscious imitation in social interaction, to how people can plan their own actions and understand those of others, and, recently, to how hypnosis and related effects can take control of (willing) participants’ bodies.