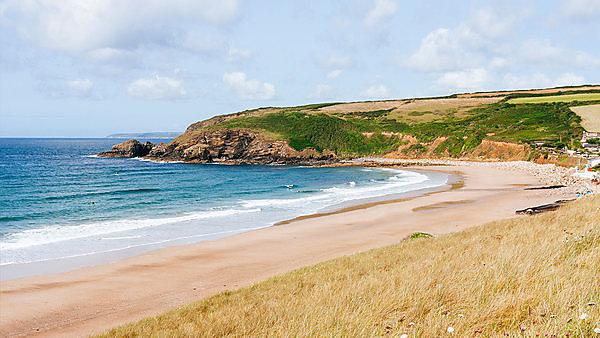 January 2010: work starts on a new fully programmable oscillatory grid sediment turbulence tank.
February 2010: Daniel Buscombe attending Ocean Sciences in Portland, USA. He will be presenting initial results with a grain size distribution in GOTM, in his paper entitled "Modeling sand resuspension and stratification in turbulent nearshore flows: sensitivity to grain size distribution." Results have highlighted the importance of parameterising Schmidt number, and highlighted the sensitivity of sediment bottom boundary condition to mixtures of grain sizes.
February 2010: 3-week field campaign is planned June 2011 at Sennen Cove.
February 2010: Daniel Buscombe presents to the University of Plymouth Centre for Coastal Science and Engineering (CCOSE) on the TSSARWaves project.
Spring 2010. The scientific programme for TSSARWaves has a fundamental reliance on the acquisition of a Fibre Optic Backscatter Sensor (FOBS). The instrument source (University of Washington, UW) lost their ability to produce additional models. Fortunately in negotiations with the University of Plymouth (UoP), they have released their plans and documentation for sensor assembly.
Spring - Autumn 2010: GOTM sediment transport model with mixed sediment performs well compared to laboratory measurements of sediment transport in unidirectional and oscillatory (U-tube) flows. Work begins on improving our understanding of apparent critical shear stress in sediments with a distribution of grain sizes. An analysis of 81 separate laboratory experiments has resulted in a unified predictive relationship for the effective critical shear stress for arbitrary mixtures of sediment grain sizes. This is a key development for the ability to predictively model sediment dynamics.
April 2010: Daniel Conley presents a paper entitled "Effects of Grain Size Distributions on Fluid-Sediment Feedback" at the European Geosciences Union General Assembly 2010, Vienna.
Summer 2010: 3-week field campaign will take place at Praa Sands (in between Penzance and Helston in Cornwall) in May 2011. The decision was taken because the sand at Praa has a higher mineralogic content than Sennen, which is predominantly calcite. Praa is south-west facing and is expected to provide high energy surf for the experiment. Two Nortek Vectrinos have been purchased which have the capability to measure the 3 components of water velocity at 200Hz. The deployment of these sensors, as well a Holographic particle imaging camera (made by Alex Nimmo-Smith), in the surf zone are world firsts.
Summer 2010: work begins on creating the FOBS instrument. The mechanical and electronic components will be made in-house. The optical components will be made by DB in collaboration with Dr Ronald Neal, using some of the clean room facilities in the Wolfson Nanomagnetics Laboratory.
November 2010: turbulence tank near completion and is moved to its home in the Energy Laboratory (W8), Brunel Laboratories, UoP main campus.
December 2010: DB presents at the annual Marine Institute conference with a paper entitled "New Formulae for the Mobilization of Graded Sediment".


January 2011: DB and DC complete a paper entitled "Apparent Critical Shear Stress of Graded Sediment in Steady Flows" and submit to Water Resources Research.
January 2011: DB and DC complete the LANTRA sit-astride ATV qualification (for beach survey work in May).
January 2011: the shaking grid turbulence tank with a fully programmable actuator which permits generation of custom designed turbulence fields has been constructed.
February 2011: Aline Pieterse from Utrecht University will be spending a summer internship with us, starting 1 April, helping us carry out our field and laboratory measurements.
March 2011. The FOBS sensor is 85% complete and all indications are that it will be available for laboratory use on 1 April 2011 and for use in planned field measurements from 1-21 May 2011.
April 2011 DC will attend the European Geosciences Union General Assembly 2011 in Vienna to present a paper entitled "Formula for Motion Threshold per Grain Size for Graded Sediments in Steady Flows".
June 2011: We will be joined at Praa Sands in May 2011 by Dr David Rubin of the USGS, Santa Cruz. Dave will be carrying out sedimentological work on the intertidal beachface, interested in structures preserved during high-energy sheet flow conditions. He'll also be attempting to take high resolution images of the seabed using a novel wave-powered hydraulic bed-sediment video microscope.