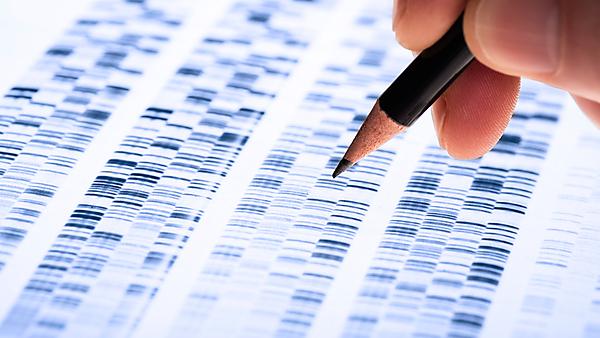 Genomics and artificial intelligence (AI) are two technologies with the potential to completely transform healthcare. They are part of a drive towards precision medicine, which encourages personalised treatment that actually works for the individual.
Cancer is a leading cause of death worldwide. According to Breast Cancer Now, every year in Wales, around 2,800 people are diagnosed with breast cancer and, in the UK, approximately 12,000 people die from the disease.
Response to chemotherapy
Chemotherapy is a mainstay of the treatment of metastatic (secondary) cancer, that is, when the cancer has spread to other parts of the body. With chemotherapy, not all patients respond and, in those who do, the cancer will eventually become resistant to treatment. Currently, we are not able to predict who will respond to chemotherapy or how long the response will last. Cancer tumours consist of distinct populations of cancer cells called subclones, which can be defined by their similar genetic mutations. These subclones also behave similarly to chemotherapy, so that during treatment, some are eliminated while resistant subclones continue to grow.
Free circulating tumour DNA (cDNA)
To capture genetic changes in a cancer, overall therefore, we need to obtain samples from the tumour and all metastatic sites (places where the cancer has spread in the body) at different points in time. This could be done by analysing cell-free circulating tumour DNA (ctDNA). This consists of DNA fragments released from tumours into the blood stream which can be extracted from blood samples and sequenced. If we can predict who will respond well to treatment and who will not, those unlikely to respond can be offered alternative treatments and avoid unnecessary and often painful chemotherapy.
The study
Led by oncologist Dr Mark Davies, from Morriston Hospital and Swansea Bay University Health Board, and , from the Centre for Health Technology, this project will use artificial intelligence techniques with ctDNA and clinical data sets to build data-driven models which predict subclone evolution and therefore a patient’s response to chemotherapy. The studied population will consist of patients with metastatic breast cancer, being treated with the chemotherapy drug capecitabine at oncology centres in North, South West, and South East Wales.
Funding for this project (£249,074.00) comes from Health and Care Research Wales.